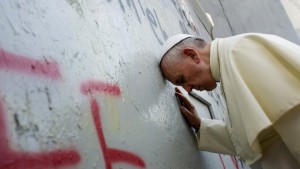 Pope Francis on Donald Trump’s proposals to build a border wall with between the United States and Mexico:

“A person who thinks only about building walls, wherever they may be, and not of building bridges, is not Christian. This is not the gospel,” he said.