A new Speaker of the United States House of Representatives 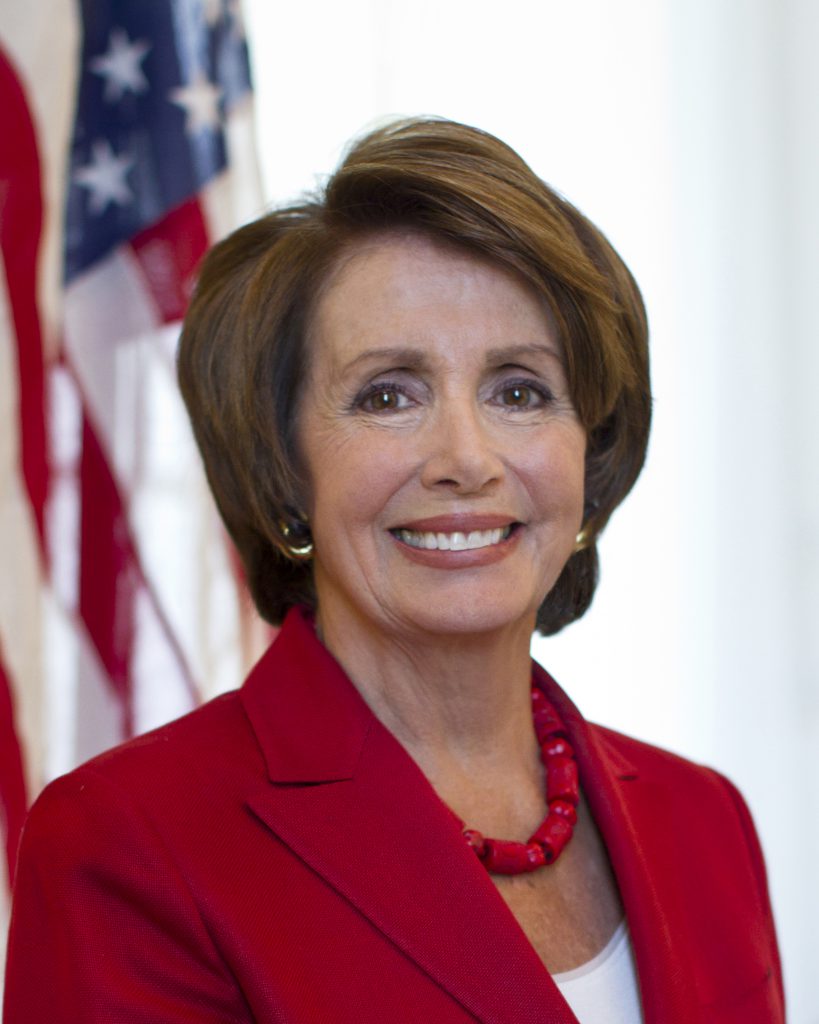 A new Speaker of the United States House of Representatives

Nancy Pelosi took office as Speaker of the United States House of Representatives on 3 January 2019.

What is the Speakership of the House?

The Speaker is the presiding officer of a legislature. She or he chairs sessions, calls members to speak in debates and will also represent the interests of the parliamentary chamber to other parts of government. In the United States this is a party-political position and the majority party takes the Speakership. In other countries, such as the United Kingdom, the position of Speaker is neutral and the Speaker gives up their party allegiance and exercises their role in the interests of the House as a whole.

What does the Speaker of the US House do?

The US House Speaker has more powers than most presiding officers, and exercises them in a more partisan way. She or he is also part of their party’s leadership. When there is divided control of government (the House majority and the President coming from different parties) the Speaker is effectively the leader of their party.

The Speaker effectively controls the agenda in the House, and decides which bills and resolutions are able to be debated and voted upon. Most of the work of the House of Representatives is done in committees, and the Speaker chairs their own party’s steering committee which selects the chairs and members of the standing committees. She can also appoint members to special committees including ‘conference committees’ which are formed with the Senate to resolve differences between House and Senate versions of legislative Bills.

The Speaker is third in the line of succession to the Presidency; if the offices of President and Vice President are both vacant then the Speaker takes over at the White House.

Why is there a new Speaker?

There is a new Speaker because of the results of the midterm elections of 6 November 2018. The Republican Party went into those elections with a majority of seats, but the Democratic Party won a majority in the elections. There is always a delay of nearly two months before the newly elected members take their seats and the new Congress is in office. The new Congress votes for who should be Speaker and because party control has changed the Democratic candidate, Nancy Pelosi, has won and the previous Speaker Paul Ryan steps down.

Who is Nancy Pelosi?

Nancy Pelosi was first elected to Congress in 1987 as House member for the 12th congressional district of California, based around the city of San Francisco. Pelosi has been the most senior Democrat in the House of Representatives since 2003. She was previously Speaker between 2007 and 2011 when the Democrats were last in the majority, and has otherwise served as the Minority Leader (effectively the leader of the opposition within the House). She is one of 54 people to have served as Speaker. She was the first woman to become Speaker.

Pelosi is therefore one of the most experienced members of the House and has a reputation in Washington as a tough negotiator and an effective legislator. She points to her previous achievements as Speaker such as the economic stimulus in 2009, equality of treatment for gay people in the US military, and above all the passing of health care reform known as ‘Obamacare’.

The Republicans campaigned against Pelosi in the 2018 elections, claiming that she was ‘too liberal’ for a leadership position in the United States. She is usually regarded as being towards the left of the Democratic Party but her views and policy priorities do not differ from those of most Democrats. House leadership under either party always tends to be a bit more ideological than Senate or Presidential leadership. Pelosi has said that she intends to run the House in a more bipartisan style than her predecessors, and made complimentary comments about past Republican Presidents Ronald Reagan and George H.W. Bush in her inaugural remarks.

A number of newly elected Democrats told their constituents that they would not vote for Speaker Pelosi, but there were enough votes from other Democrats to elect her. She presides over the most diverse Democratic Caucus in history, with 106 women among its 235 members and members from more ethnic groups than ever before.

What will Pelosi do with her power?

While Pelosi has a strong hold on the House of Representatives, it is only one part of the legislature and the Republicans under Mitch McConnell still control the Senate and Donald Trump is still President. It does become more difficult for the Republicans to pass their agenda. Pelosi is a cautious legislator; there will be no rush to impeach Trump but she will ensure that there are many investigations into alleged and proven misconduct in the executive branch controlled by the President.

The most immediate issue facing Pelosi is the government shutdown, which began shortly before Christmas 2018. Even with the Republicans controlling all of the federal government it had proved impossible to agree a budget between House, Senate and President, as Trump demanded funding for his wall along the Mexican border but Senate Democrats had enough votes to block it. Many federal government workers have gone without pay. Pelosi intends not to fund the wall.

Powers of the House Speaker

Women in the 116th Congress

Photo: Office of the Speaker of the House of Representatives.

Dear President Donald Trump today makes 25 days that our government is shutdown that’s due to your Reckless and not thought-out right decision made by you of which you now need to come into your clear and god-given right senses and back down on this dumb idea of getting things done in Congress.

this has become a bad idea a disaster at that the worst decision you have made yet compared to some of the others be a man and stand up and admit that you was wrong about shutting down the government over a border wall that has affected so many people in so many places.

you make it seem that were at war with one another this is really your problem and Washington so fix it. make government work right together on this 25th. day of the government shutdown.

This day January 22, 2019 makes ten years that Captain Sully landed on the Hudson can you top that today by taking action and making our government work again Mr. president for us in America.