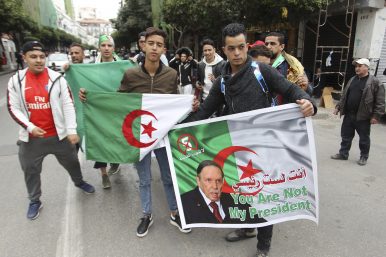 The last few months have seen a period of relatively peaceful protest in North African countries Algeria and Sudan following the downfall of autocratic leaders Abdelaziz Bouteflika and Omar al-Bashir who had ruled for twenty and thirty years respectively. Are the hopes of a second Arab Spring overly optimistic?  Protesters in Algeria have achieved a considerable amount, as not only did the President resign, his inner circle have all been targeted by the police in an effort to appease them. Sadly, as of yesterday afternoon, the Sudanese protests were halted when the the armed forces ‘brutally attacked peaceful protesters in the capital Khartoum, killing at least 30 people’ (The New Arab, 04.06.19).

What has been happening in Algeria?

Demonstrations have been in action since February this year, with protesters initially ousting Bouteflika after he looked to run for a fifth consecutive term, before turning their attentions to interim President Abdelkader Bensalah, the former upper house speaker, who had been appointed as leader until July 9. The country had been expected to hold elections on July 4, however the only two opposition candidates were rejected by the constitutional council. This will no doubt mean that Bensalah’s rule will be extended and so the demonstrations have continued. The protesters are also calling for the resignation of Prime Minister Noureddine Bedoui who was appointed by Bouteflika days before he stepped down, so sick are they of the ‘elite who have ruled Algeria since it won independence from France in 1962.’ (Al Jazeera 26.05.19). Bouteflika’s problems are also far from over as Army chief, General Ahmed Gaid Salah, who has been managing the transition period and previously backed the July vote, has called for his impeachment, even though the ex-premier has been so ill following a stroke he has not spoken in public for six years. 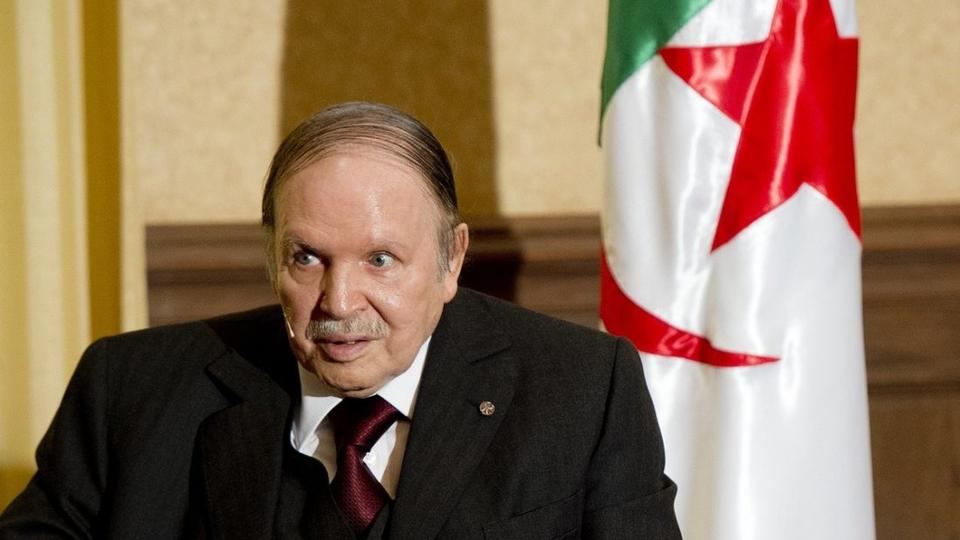 Anger over rising bread and fuel prices as well as cash shortages saw protests begin in December 2018 which culminated in the armed forces ousting Bashir with the military agreeing to a three year transition period to hand over power to civilians. However protests have continued with protest leaders demanding that preparations for elections begin and that the transitional period is led by a civilian administration instead of the military.

‘Negotiators representing thousands of protesters have been engaged in stop-start talks over the transition to civilian rule. Negotiations came to a standstill two weeks ago as the military refused to budge over whether a civilian would lead a proposed joint civilian-military transitional body.’ (The New Arab, 04.06.19)

The Sudanese capital, Khartoum has been the setting for the peaceful sit in protests taking place outside the military headquarters. The military had had enough of the protesters calling them a danger to the country’s national security and warned that action would be taken.

‘Mohammed Elmunir, another protester in the Sudanese capital, said security forces blocked the exits of the sit-in site before opening fire on protesters. “They were shooting at everyone randomly and people were running for their lives. They blocked all roads and most tents at the sit-in have been set on fire,” Elmunir told Al Jazeera.’ (Al Jazeera, 03.06.19)

The RSF is an officialised offshoot of the Janjaweed militias accused of war crimes in the Darfur conflict. The group, which many protesters simply refer to as the Janjaweed, has also been accused of severe human rights abuses in Sudan’s Blue Nile and South Kordofan conflict zones.

Since turning on the protesters the military have called snap elections for nine months time instead of the previously agreed three years.

‘Sudan’s generals, backed by key Arab powers, have resisted calls from African and Western governments to hand over the reins of power.’ (English Alarabiya, 04.06.19) 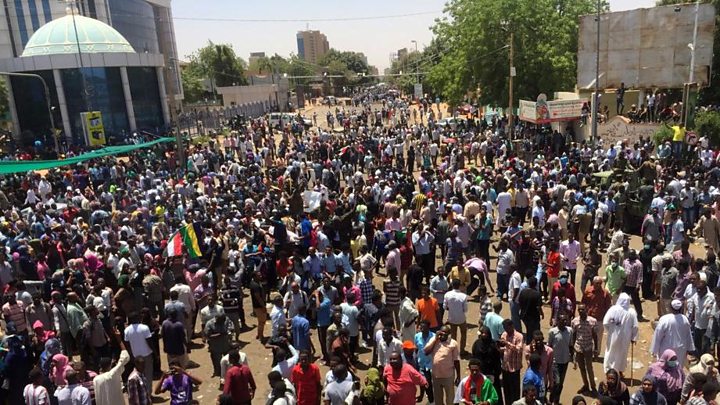 How do the protests affect China?

Algeria and Sudan are two of China’s most important African markets. As well as both countries providing energy exports, they also account for seven per cent of Chinese exports into the Middle East and North Africa.

Beijing cultivated a relationship with Bashir, mediating in the 2003 Dafur crisis and persuading the despot to accept a UN peace-keeping presence. And their connections to Algeria go back even further to 1958 when China provided the National Liberation Front (the principal nationalist movement during the Algerian war) with arms and funds during its struggle for independence.

‘Chinese FDI in Algeria is 6 percent of the total amount allocated to Africa and Sudan is China’s largest recipient of foreign aid. Such figures illustrate the level of interest on both sides. In addition, both countries have also been among the region’s largest purchasers of Chinese arms.’ (The Diplomat, 08.03.19)

Although Beijing has not made any public statements regarding the protests it will be watching closely, fearful as it is of any disorder and instability. The military’s reaction to the peaceful protests in Khartoum is a chilling echo of the events that took place in Tiananmen Square thirty years ago today. 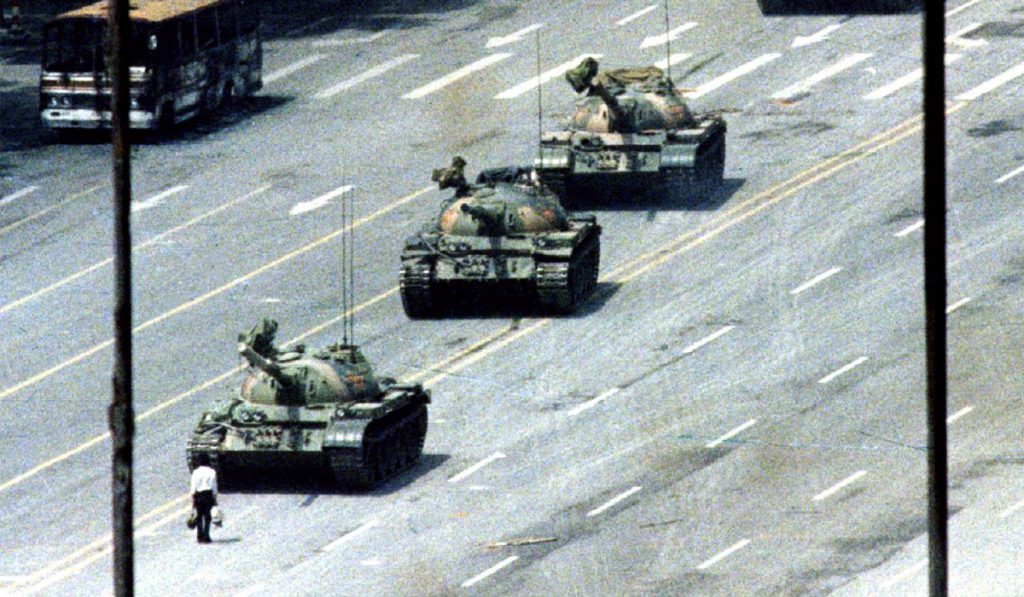 A man stands in front of a column of tanks on the the Avenue of Eternal Peace in Beijing, China, June 1989

Is this a second Arab Spring?

David Gardener writes in the Financial Times, April 16 2019, that although there cannot be enough admiration for the courage of those who brought down both North African autocracies that ‘first and foremost, the army and security services in both Algeria and Sudan remain in control. Second, despite their immense size, Algeria in the west and Sudan in the east are probably too geographically remote and politically marginal to start any chain. Third, the fate of the 2011 uprisings has had a chastening and chilling effect. Libya, Yemen and Syria sank into civil wars that still rage, autocracy was restored and reinvigorated in Egypt and Bahrain, and only Tunisia has struggled into some sort of democracy.’

So does this mean that African nations are resigned to their fate? Gilbert Achcar writes in Le Monde Diplomatique, June 2019, ‘given this counter-revolutionary trend, the uprisings in Sudan and Algeria seem for now less like a new Arab Spring than isolated upsurges in a shifting, contradictory context. They might grow and spread, or be brutally halted; in any event, their outcome will greatly affect the region’s future. They have however confirmed that 2011 was only the first phase of a long-term revolutionary process. The term Arab Spring still makes sense, provided it is understood not as a short, relatively peaceful democratic transition, as many had hoped, but as the first of a series of ‘seasons’ likely to continue for years, or even decades.’

The seasons after the Arab Spring

What Protests in Algeria and Sudan Mean for China