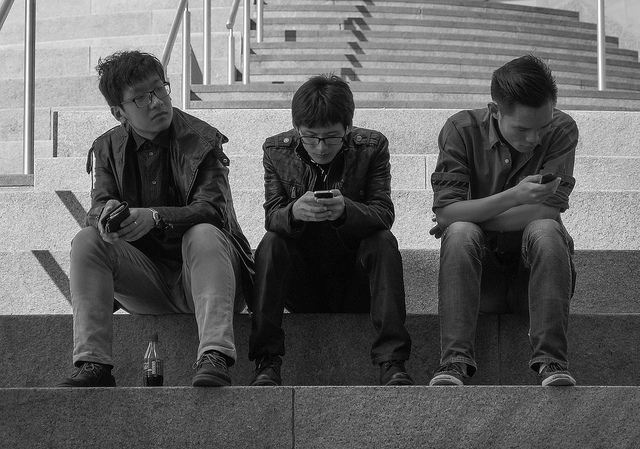 I wrote this article back in January 2016

Jermyn Street in London and Piccadilly are lined with Café Nero’s and Costas and en route to a meeting, I decided to treat myself to an old fashioned, old style, luxuriously prepared and served breakfast at No. 45 Jermyn Street, just at the back of Fortnum and Masons. It was a cold day like the day before it but at least there was no rain.  I like days when morning is a little darker than it should be: it made my entrance past the smartly dressed doorman through the revolving doors with their polished brass handles all the more spectacular: to emerge from these harsh, grey elements outside into an atmosphere of polished refinement is quite a lovely transformation.

No 45 is the kind of place where you open the door to go down to the loos and suddenly that door becomes lighter because quietly and very subtly, a smartly clad waiter has come up and contributed a little extra manpower from behind; the kind of place where you have a pen sitting on the table and spend a few seconds rifling through your bag for a piece of paper to give someone your number and whoosh, the immaculately tailored maître d appears with a pad of paper embossed with ‘No 45 Jermyn Street’ for you to write upon.  It’s a special place.

That morning, I sat down and opened up my Financial Times, ready to address the international affairs of the day, when a man to my left caught my attention. I can’t think why: sometimes when you are alone in a public place, conversation with your neighbour just ensues.  He was eating kippers and apologised for the smell, which of course I didn’t mind. I can’t remember how else we got talking but we just did. What I do remember, initially, was thinking that I have so little time to read and get anything done, that I wanted to just get my head down, eat my breakfast and do a little work before attending my meeting that afternoon. This feeling of wanting to insert myself in a little bubble to learn more about the world soon passed and I learnt more from the conversation I had with that man, David, than I could possibly have gleaned from reading the paper.

Sometimes you just have to speak to people and ask them questions; it’s as simple as that.

David was my father’s age. He was not smartly dressed, like the waiters, but then neither was I particularly. Like me, he too had come in to luxuriate in his surroundings, treat himself a little with a lovely breakfast and read the paper.  I had that morning been reading an article about the 71st anniversary of the liberation of Aushwitz. David was Jewish but born in this country; in Liverpool, I believe. His mother and father were also born in this country but his grandparents were Jewish Russians who left Russia during the Jewish pogroms for what they believed was America. When they disembarked their boat in Liverpool they were told they were in America and on arrival, they did not know any better. Fleeing persecution in their own country, they sought refuge in arms of an unknown: Great Britain. With little knowledge of English at that time, David’s grandparents set up a dry cleaning business and that is what they continued to do and what they passed down to their children and David’s parents, although David himself chose to do something different and ended up renting out properties to foreign embassies in London. Fancy schmancy, I thought.

David was not born in Israel but he has visited and, being Jewish, had an acute awareness of its history. When I was a girl, the history of Israel and Palestine was something that confused me greatly and something that my father was able to sit down and explain to me, by drawing a map on a table napkin and opening my eyes a bit to the history of the conflict.

All the wars back and forth in Israel, since its creation, have always confused me. It’s creation confused me: the fact that on the maps there was once a Palestine and now there is not: that used to confuse me. Let’s face it; it’s all very confusing. I would frequently get the Yom Kippur war and the Six Day war mixed up. What was the Nakba? Go to an academic text, which I have (many times) and it becomes even more confusing: these are complicated issues with complicated explanations and moreover, it also helps to have an understanding of what happened prior to Israel’s 1948 creation: that brings in a whole different era of history and then you have to start looking back to what happened with the Sykes-Picot borders that were drawn at the end of the First World War. To look further back still, you are then dealing with the Ottoman geographical territories and their eventual decline.

How lovely it was then, to have it all explained to me in a very brief nutshell by someone who has had personal experience.

The following day I found myself in a very different setting: a local, independently owned coffee shop. The owner was Iranian (although I had to ask him to ascertain that): outside it called itself an Italian coffee shop but it was quite clear to me by the conversations in there and the meatballs and rice that were sold alongside the croissants that there was a Middle Eastern component to my surroundings. I asked him if he was from Turkey or Egypt and he responded neither one; he was better looking than that: he was from Iran. As I sat there flicking through a book about the Egyptian graffiti of the Arab Spring, to my left there was graffiti on the wall by an Iranian artist.

Again, I had my newspaper and work to do. I had notes to type up from research in the library and that was going to take me some time.  And yet, despite this, I found myself embarking on another conversation.

Hamid and I talked about another issue that has often confused me: the whole Iran/Iraq war between the two countries and then the subsequent involvement of outside countries in ousting the Iraqi dictator Saddam Hussein. What were all these wars about? Arrrggghhhhh. It’s in the Middle East: further argggghhhhh. I wasn’t taught ANY of this at school: I was not shown a map of the Middle East and I certainly wasn’t introduced to its politics. I do remember hearing of these wars on the news but I had absolutely no idea what was going on and having little awareness of even the geography of the area, let alone the politics, I was not inclined to ask questions or look into the matter. Besides, I was a young girl at the time and had better things to do.  I would daydream at the back of class and I was always too afraid to ask questions in history for fear that I would be laughed at for what I didn’t already know.

Needless to say that now I have little concern how I appear to others and I ask anyway.  Recently I was told by a very learned man that the only stupid question was no question and how right he was.

Like David putting the Israel and Palestine conflict into context, Hamid helped put his own story into context. He moved to England in 1979 at the time of the Revolution. He was just 15. He continued his schooling here, as did his brothers and sisters, whilst living with a host English family. His parents remained in Iran. At the end of his school and university studies, Hamid wanted to return to Iran but at this time the regime had changed beyond all recognition and the Iran-Iraq war was now in full force. Had Hamid returned to his country of origin he would have had to sign up to the army and become involved in the war and, he said, his father did not allow him to return: he did not want to carry his son’s coffin because that’s just wrong – your children are not supposed to die before you, although it happens.

I didn’t take notes of either of these conversations but tried to internalise as much as I possibly could; every time David received a phone call I scribbled a few notes on the FT in front of me and every time Hamid had another customer, I scribbled a few dates on my napkin.

Of course the stories of these conflicts are more detailed than their recollection and there are many different voices that contribute to the narrative; it’s past, it’s present and it’s outcome. But then speaking to actual people gives these stories a human slant and made me want to find out more: from ALL perspectives.  Since then I have been to many talks on the issue of Israel and Palestine and on the aftermath of the Iraq war.  A couple of weeks ago I attended a talk at the House of Commons on the proposals for the future of an independent Iraqi Kurdistan and how the UK can help them move forward.  I understand the reasons behind both conflicts and have a keen interest in following current events and the reason for that is because I asked a question.

What I am trying to say is that there is still a lot to glean from the art of old fashioned conversation. It is so easy to immerse oneself into an electronic bubble and the more you read, the more confusing things become – the more difficult it becomes to write anything about it as the information you have to hand is so great, you just don’t know where to start. Sometimes the best thing to do is to put all those notes aside and ask someone; speak to them. This is something I used to do with my father as a young girl. In London, I am blessed with the opportunity to speak to people who are actually from those countries and have a genuine understanding of it.  It affected their families, their friends and has shaped their lives. If you take the time to ask, they take the time to explain. That happens less and less these days as time is not something a lot of young or middle aged people have; this is a courtesy that the older generation are happy to extend; if you take the time to look into their eyes and request it. In London we are blessed with so many cultures and so many different experiences that if we just open our eyes and put down our computers or our I Phones, there is a little encyclopaedia in everyone. 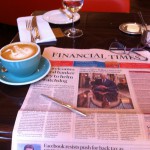 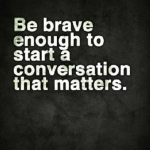 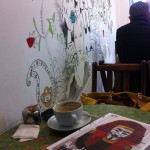