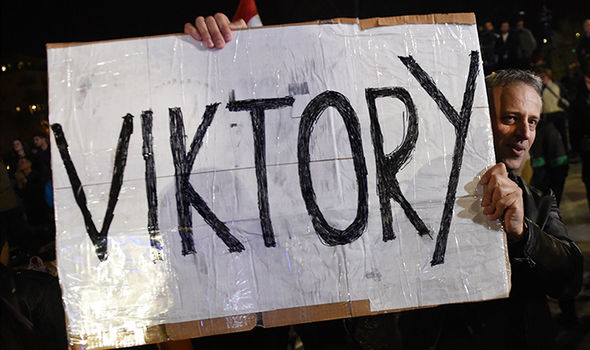 Coming as a surprise to absolutely no one, Hungarian Prime Minister, Viktor Orban, claimed another win at the country’s general election (having been in office since 2010) with his party, Fidesz, taking 133 of parliament’s 199 seats, securing two-thirds of the majority known as a ‘supermajority’.

Since the 2010 elections Fidesz has made a number of changes to the electoral system to ensure the party’s grip on power, such as reducing the number of seats in parliament from 386 to 199. After the 2014 elections, Orban pushed through sweeping changes so that some 53 percent of parliamentary seats – 106 of a total of 199 – are won on a “first-past-the-post” basis in individual constituencies, allowing for a two-thirds majority even though less than 50 percent of the vote was garnered. The supermajority gives the party the power to change laws and the constitution without opposition.

Orban’s campaign was run on anti-Muslim rhetoric even though the country has no significant Muslim population – a formula that had been picked up and copied by other successful European political parties in the past year, such as Austria’s Freedom Party, Italy’s Five Star Movement and Germany’s Alliance for Germany. Fidesz even borrowed the UK Independence Party’s (UKIP) infamous Brexit ‘breaking point’ poster to underline its narrative. 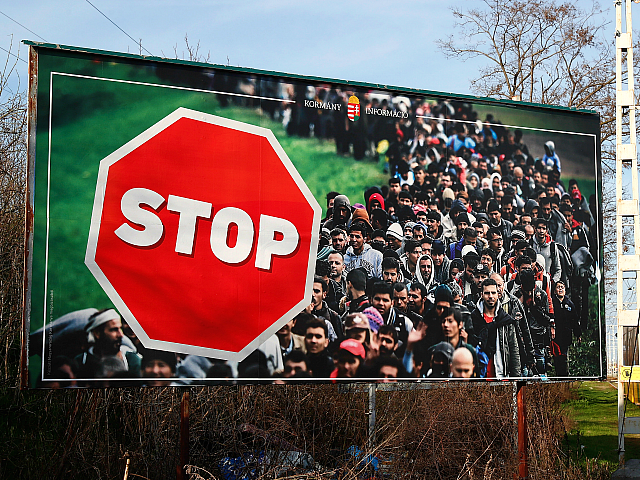 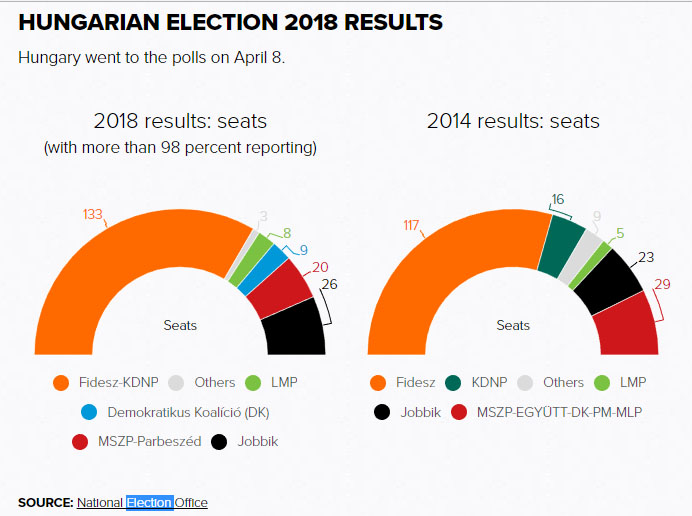 After the results started coming in there was a ‘spontaneous protest’ in Budapest by young Hungarians, reported by Index.hu, who alleged election fraud had taken place. Orban is consistently accused of corruption and the far-right party, Jobbik, who came second after Fidesz, had attempted rebranding to a centrist anti-corruption party to try and capitalise on voter discontent.

There was a glimmer of hope among the liberal parties who believed that they could unseat Fidesz this year due to surveys showing that a large number of Hungarians wanted a change from Orban’s governance. However, the opposing parties, while winning in the capital of Budapest, were just too divided to stop Fidesz’s dominance in rural areas. 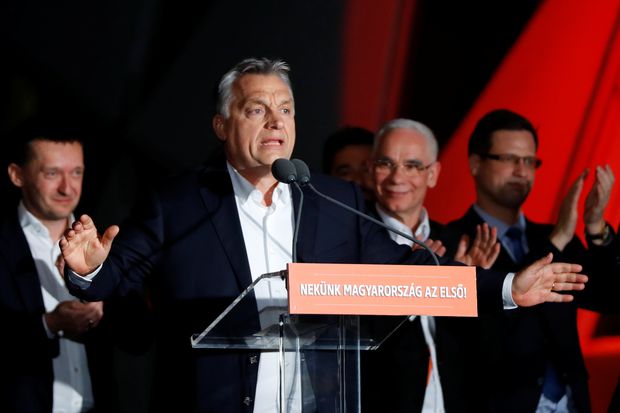 Hungarian Prime Minister Viktor Orban addresses the supporters after the announcement of the partial results of the parliamentary election in Budapest, Hungary, on April 8, 2018.

As a centre-right party Fidesz is part of the European People’s Party (EPP) with it’s ideology supposedly rooted in Christian democracy like Germany’s Christian Democrats (CDU) headed by Chancellor Angela Merkel. So far the European Union has struggled to find ways to contain illberal national governments even with the introduction of the Lisbon Treaty of 2009 which was meant to ensure respect for democracy, human rights and rule of law. Orban’s government has clearly gone in a different direction to its EPP counterparts, but up until recently the EU has been reluctant to act against one of their own.

Politico’s Tim King writes in relation to the introduction in 2014 of Spitzenkandidaten — the notion that Europe’s political parties would announce, ahead of the elections to the European Parliament, who would be their candidate for the presidency of the European Commission. “Not long ago, I heard a member of Juncker’s team in the Commission struggle with the embarrassing question of whether people in Hungary who voted center right were voting for Juncker or for Fidesz/Orbán. Whatever the voters’ intentions, in practice Juncker benefited from the election of 12 Fidesz MEPs. The EPP won 221 seats ahead of the centre-left’s 191.”

What does this mean for Hungary?

A Whiff of Corruption in Orbán’s Hungary, Spiegel