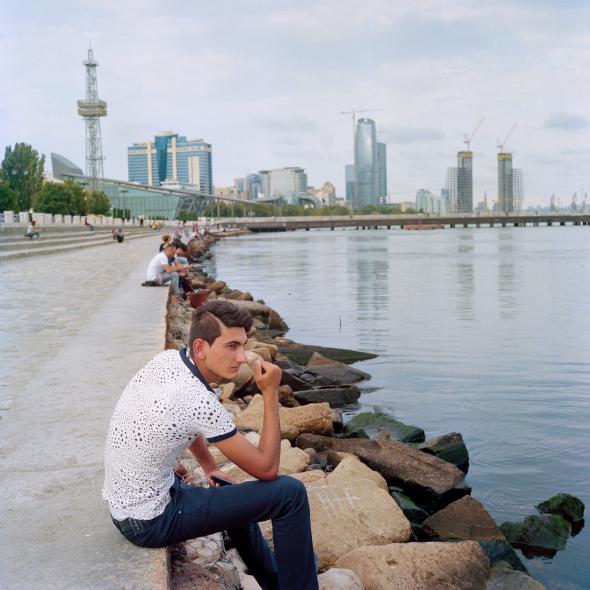 Only a couple of weeks ago the world’s media were debating the validity, and even the point, of holding Egypt’s general election when the outcome was so obviously a forgone conclusion. With any legitimate candidates imprisoned or threatened against running, Sisi was clearly only entertaining the elections as a concession to international law and as a formality with no intention of relinquishing his grip on power any time soon. 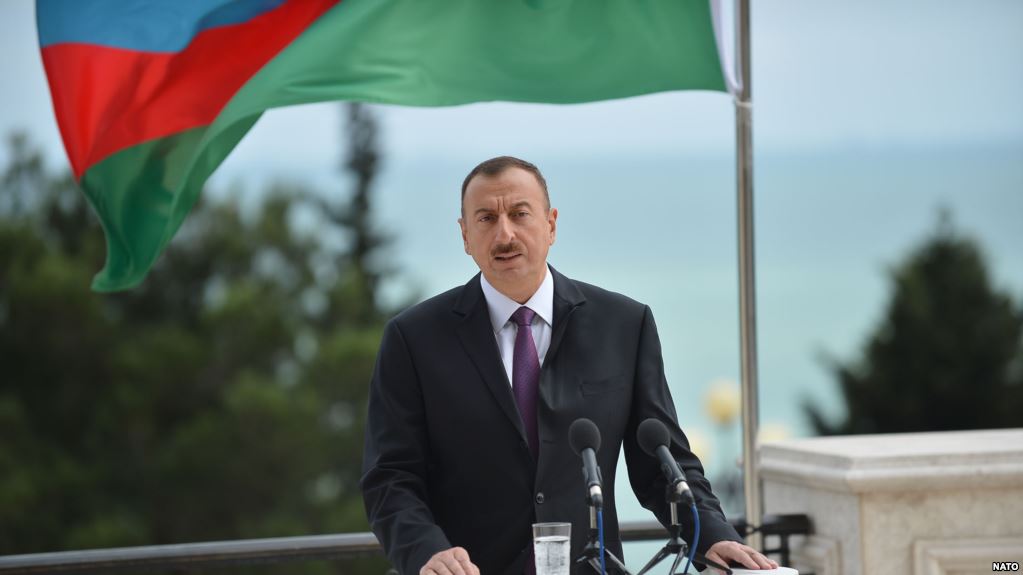 Today Azerbaijan is holding its own presidential election, but no one is holding their breath as to who the victor might be. Incumbent President Ilham Aliyev took over the presidency from his father who ruled for three decades; initially as the Soviet-era head of the Communist Party, later as president of the independent state. The opposition has boycotted the election due to it being neither free nor fair, with opposing candidates either being jailed or barred from taking part.

CPJ said that “throwing journalists in jail, abducting them from abroad, accusing them of financial misdeeds, blocking websites, hacking social media accounts, [and] imposing travel bans” have been among the tactics used by Aliyev’s government to try to ensure that “the independent media are muzzled and critical voices silenced.” 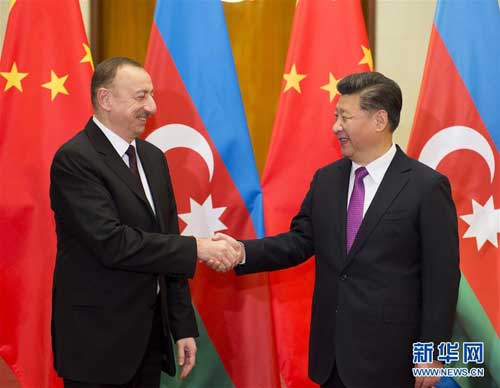 December 10, 2015, President Xi Jinping held talks at the Great Hall of the People with President Ilham Aliyev of Azerbaijan.

Since Aliyev came into power he has amended the constitution twice to ensure his tenancy. Using tactics that would make President Xi Jinping of China proud, in 2009 Aliyev eliminated a two-term presidential limit.  Then in 2016 extended the presidential term limits from five to seven years.

In another move to consolidate power around the family and one that Zimbabwe’s Robert Mugabe would have approved of, Aliyev named his wife Mehriban as first vice president last year.

According to the Human Rights Commissioner (Ombudsman) of Azerbaijan, Elmira Suleymanova, voter turnout has been high. The same was said on the morning of the Russian presidential election when voters turned up to decide between Vladimir Putin or Vladimir Putin and complained that they had been pressured to attend the polling stations or had already voted.

Although Aliyev is clearly not being re-elected democratically is he all bad? Human rights abuses include the LBGTQ community living in fear for their lives and he holds the title of ‘Corrupter of the Year’  bestowed upon him in 2012 by the Organized Crime and Corruption Reporting Project (OCCRP). The ‘Azerbaijani Laundromat’ scandal saw money being laundered on an epic scale, engulfing companies in the UK and politicians from Germany to Italy. According to the OCCRP, there are a lot of “well-documented evidences” proving that for many years, the Aliyev family “systematically seized shares in the most profitable businesses: banks, construction, telecommunications companies, gold mining and other deposits”.

Despite all of this, the political stability and energy-led economic growth has transformed a nation of 10 million people. This has not reflected badly on the president as the wealth from the oil-rich nation has trickled down throughout the economy: not only have the middle-class seen the benefits but even the most poor have noticed. 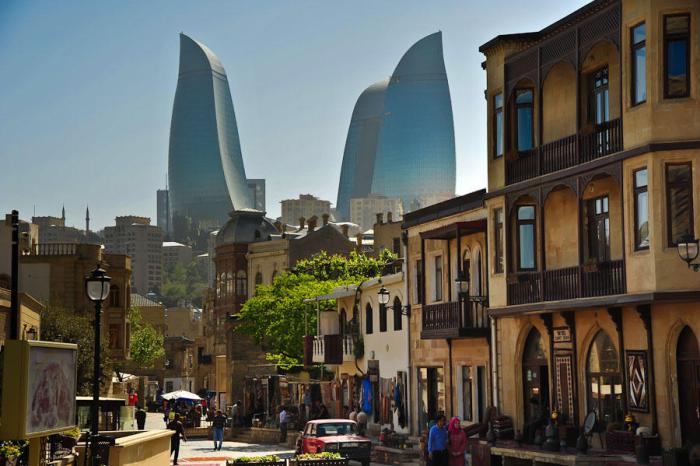 The National Geographic writes about the Azeri capital: “Baku has always been at the crossroads of something. Caught between the empire-building machinations of the Persians, the Russians and the Turks, it languished under the control of one or another of those civilizations for centuries. Now the city and its country are experiencing a breakthrough, but one roiled by an authoritarian government, the vicissitudes of an oil economy, and the challenge of integrating Islamic customs with modern Western secularism.”

You cannot really compare Azerbaijan, a country that is approximately 5000 years old, to a 20th century creation in the desert. However if you were to visit you would be forgiven for drawing comparisons. The sky scrapers and architecturally futuristic buildings sit amongst a heritage that one resident described as ‘Frankenstein’ . “The true identity of this territory has been suppressed,” says Azeri filmmaker Teymur Hajiyev. “We speak Russian, our names are Islamic or Persian, we try to be Turkish. We have a Frankenstein culture. We haven’t figured out what it means to be Azerbaijani.”

With brands settling in Baku such as the Four Seasons, Formula One and even a potential development by that little known family, The Trumps, it is a culture that has had to change and adapt to many outside influences. Azeri books were originally written in the Muslim Arabic script. Within two years this would change to Latin characters. Next Joseph Stalin’s government demanded that all official textbooks and documents be printed in the Russian Cyrillic alphabet. When the Soviet Union fell, a rush to Westernize in Azerbaijan saw the Cyrillic form revert back to the Latin script.

Babayev, an Azeri commercial artist comments: “When you change an alphabet, you change history.”

Azerbaijan election: Ilham Aliyev all but certain to win another term

This Ancient Silk Road City Is Now a Modern Marvel

LGBT people in Azerbaijan are being rounded up. No wonder they’re fleeing