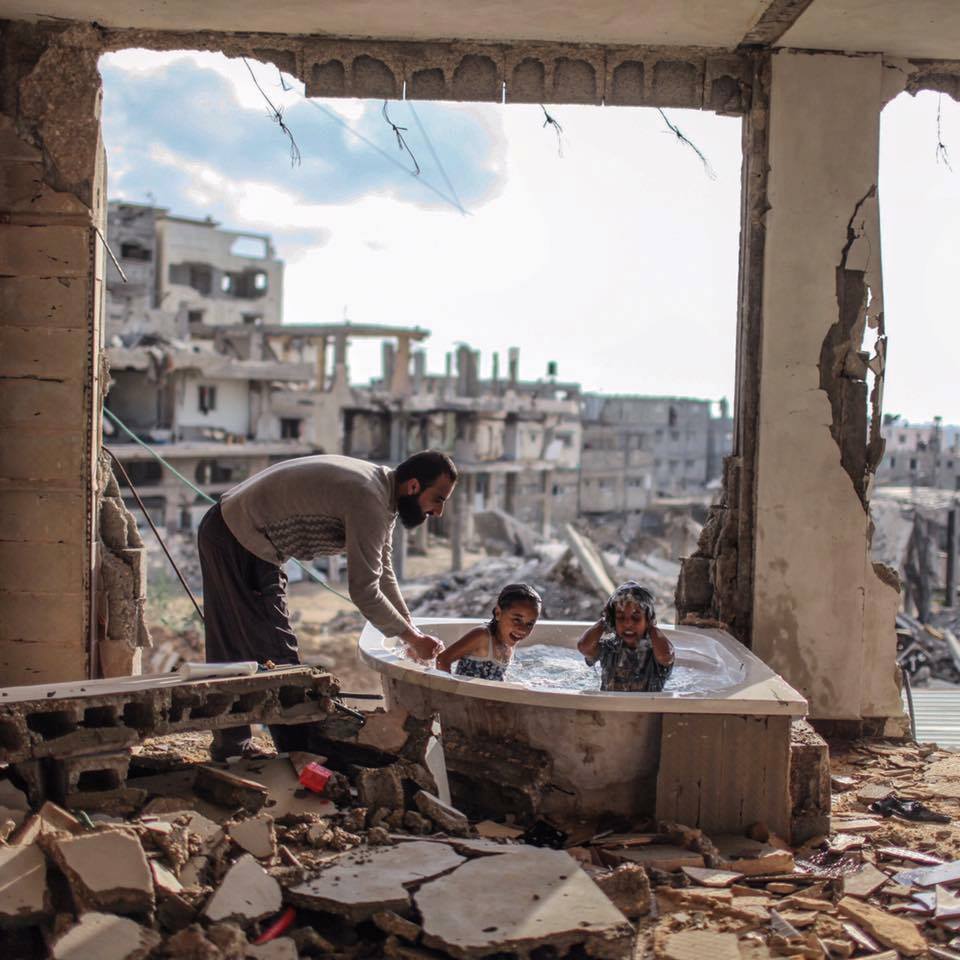 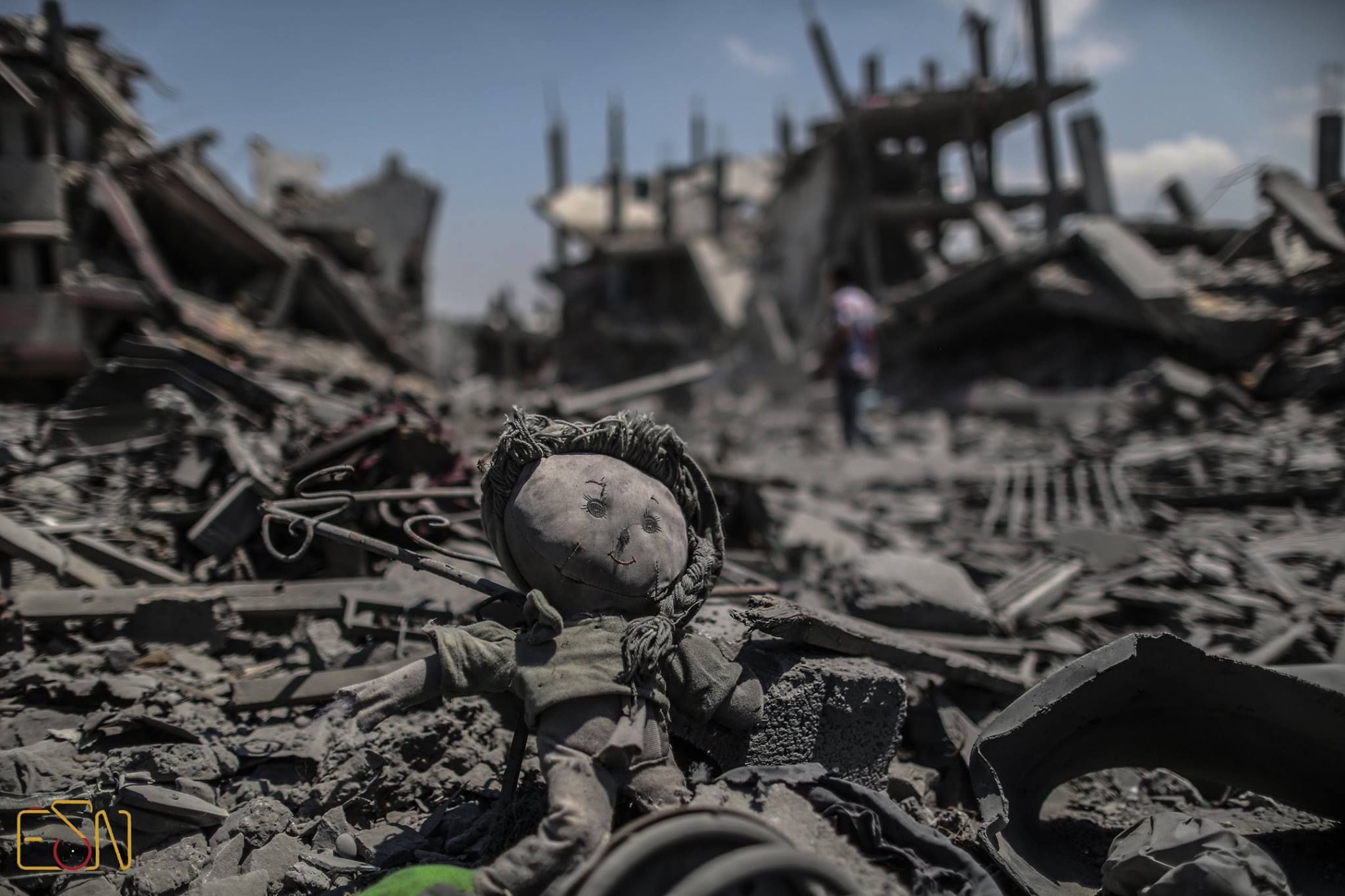 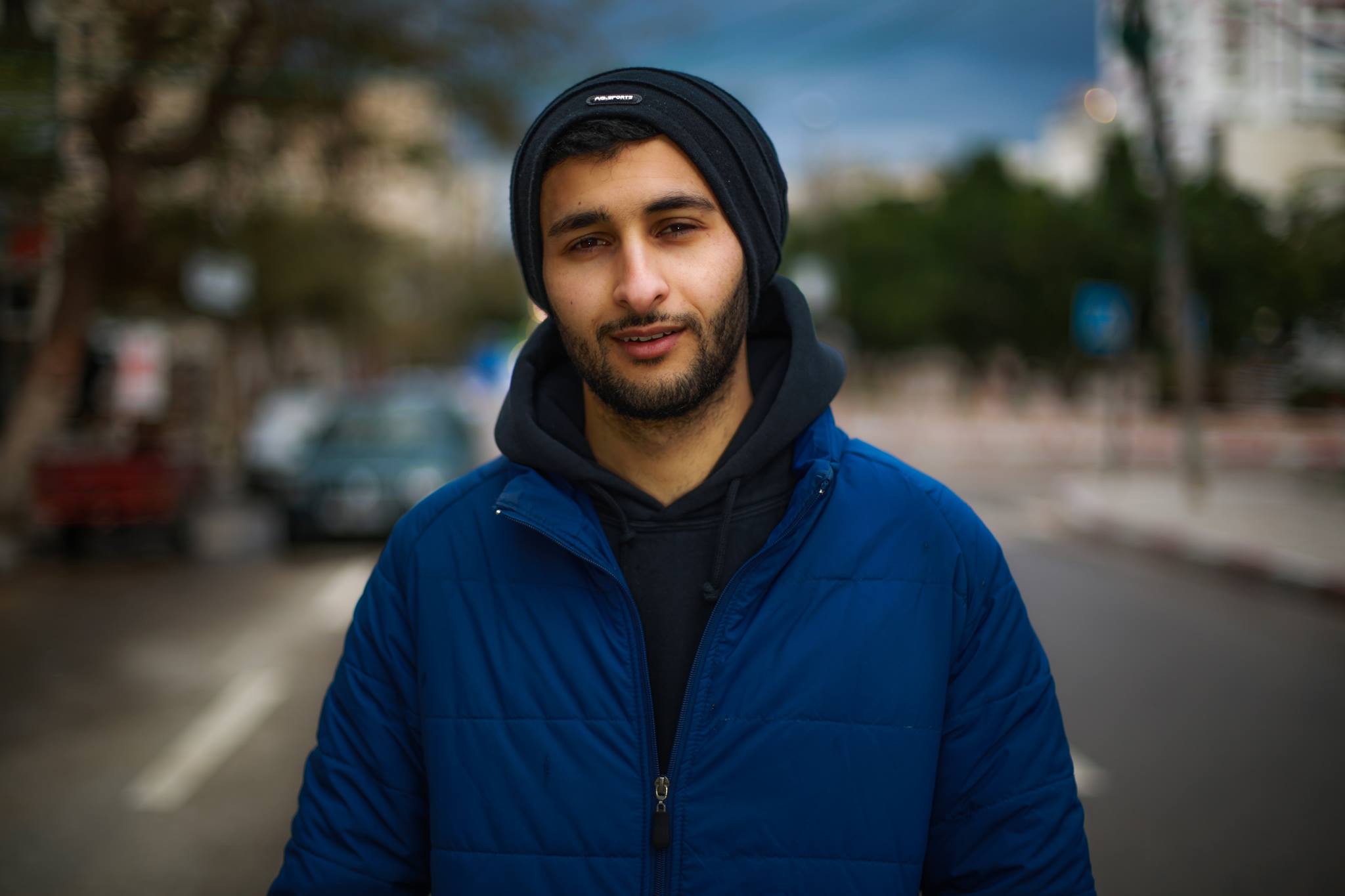 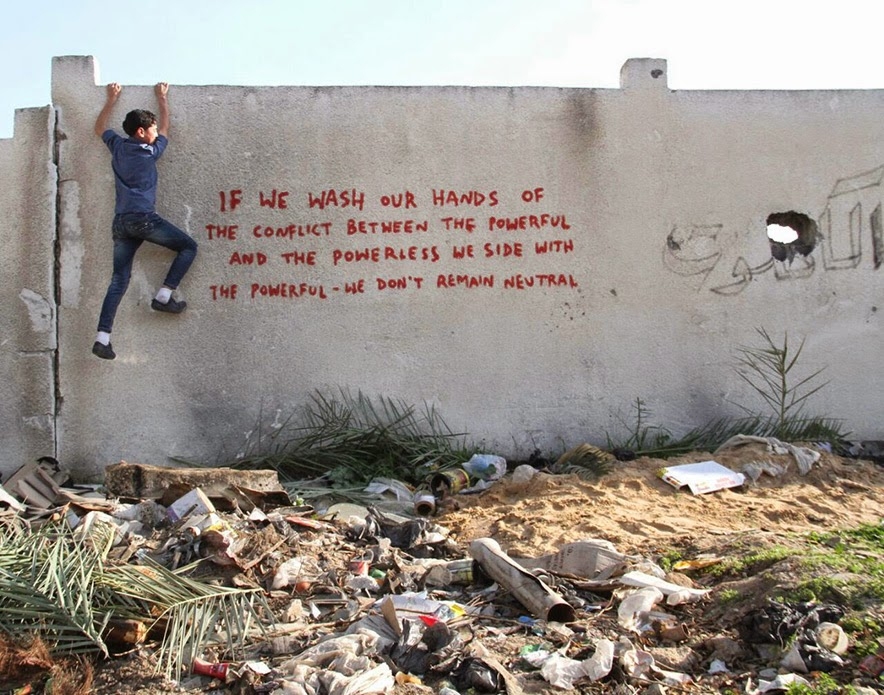 You may have seen this image floating around your Facebook pages; it was posted by a French friend of mine living in Barcelona and it pulled me in straight away.

The photographer is a young Gazan photo-journalist, Emad Samir Nassar, 22 years of age.  The image is one of a father, Salem Saudi, with his daughter Layan and his niece Shayma, taking a bath in the ruins of their home in Gaza city.  It was taken on 26th June 2015.

Further work of this gifted young photographer can be seen on the following link; the photographer’s Facebook page:

The image won the Sharjah Prize for best Arab photo and yet, Emad was stopped by Israeli authorities at the Erez crossing on 23rd February 2016 en route to the UAE from Gaza to receive it.  I scrolled through a few of his photographs on his Facebook page and not only was I impressed, but I was moved deeply by some of the images he has taken in a way that no amount of reading words on the subject can ever accomplish.  Such is the importance of photo journalists in telling a story and the importance, therefore, of their journalistic freedoms and rights of expression.

Just something for you to think about.

The following is some information that I found on the Erez Crossing, a crossing on the northern end of the Gaza Strip, on the border with Israel.

‘Erez Crossing is the only land crossing for the movement of people between the Gaza Strip and Israel and the West Bank, as well as third countries when Rafah Crossing is closed. Currently, Israel permitsPalestinian residents to travel via Erez in “exceptional humanitarian cases, with an emphasis on urgent medical cases”, and in practice also allows travel of traders and other exceptional cases like students traveling abroad or Palestinian national athletic teams. Following Operation Protective Edge, the average number of exits of Palestinian through Erez increased, however the numbers are still just a fraction of the half million exits by labourers recorded at Erez every month in 2000.

Gaza residents’ ability to travel to Israel was gradually limited over the years. Since 1991, Gaza residents have been required to obtain exit permits, and the number of permits given gradually declined. In 1993, a general closure was declared on the Palestinian territory; it was enforced in Gaza especially starting in 1995, when an electronic fence and concrete wall were built around the Strip. When the Second Intifada broke out in September 2000, Israel canceled many existing exit permits and reduced the number of new permits it issued. Additionally, Erez Crossing shut down more frequently. In the first year of the intifada, the crossing was closed to Palestinians 72% of the time. The restrictions led to a drop of tens of percentage points in the number of Palestinian residents of the Gaza Strip who were able to travel to and through Israel daily, from more than 26,000 in the summer of 2000, on the eve of the intifada, to less than 900 after it broke out later that year. On March 12, 2006, ahead of the Purim holiday, Israel declared a closure of the Palestinian territory and prevented the entrance of laborers from the Gaza Strip to Israel; since then, they have not been allowed in again. After Hamas took control of the Gaza Strip, Israel imposed a full closure on the Strip and allowed Palestinians to exit according to a narrow list of criteria, mostly “exceptional humanitarian cases”. Though Israel has changed the criteria over the years, travel from Gaza to Israel and the West Bank remains extremely limited, and beyond the reach of most Palestinians.’

Additional information can be found on the following link:

There is an article on the following web site about the issues raised above: