Home / Articles / The Centenary of The Russian Revolution: What have we learned? 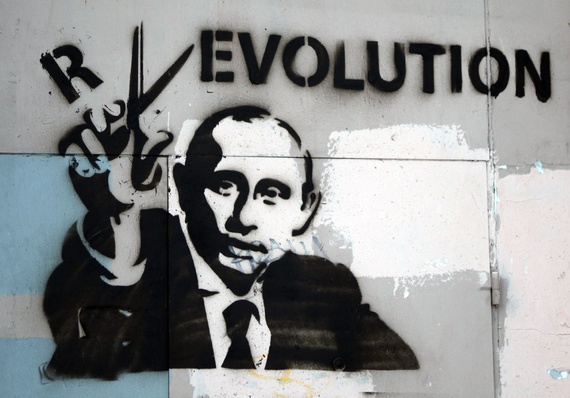 The Economist wrote that Russian Premier, Vladimir Putin, “like a tsar, has buttressed his power through repression and military conflict”.

Putin has suppressed political opposition and social liberals. His military campaigns abroad in Crimea, Syria and the Ukraine are heralded as victories by the state news. Putin seems keen to resurrect the legacy of the Russian Empire however, the Kremlin has stayed silent on the centenary of the Russian Revolution that the rest of the world marked on November 7th.

Putin holds a very negative view of the Bolshevik’s as they were a group who took power from the government through revolutionary activity. In Putin’s Russia, activity such as this is immediately suppressed. Putin once warned a gathering of students and teachers “Someone decided to shake Russia from the inside, and rocked things so much the Russian state crumbled. A complete betrayal of national interests! We have such people here today as well.”

Recently the Victims of Communism Memorial Foundation in Washington D.C surveyed 23,000 people aged 16 and over and found that 44% of millennials would rather live in a socialist society than a capitalist one.  The socialist movement saw an increase in youth following during Bernie Sander’s 2016 U.S. presidential campaign. During the trail he advertised a platform of ‘Democratic Socialism’.  Similarly, in the UK, Jeremy Corbyn has gained a strong following among young people who chant his name at music festivals and prefer his left-wing political style. Corbyn has promised that the Labour party will deliver ‘socialism for the 21st Century’.

The Financial Times writes “in decades of socialist experimentation, communists tried many alternatives to the market. None of them worked. That is what we should remember 100 years later.”

What is Communism and how does it work?

Communism is the belief that society can achieve full social equality by eliminating private property. It is like Socialism; however, Socialism believes that the workers can own property. The concept was created by German philosophers Karl Marx and Friedrich Engels and outlined in their seminal work, The Communist Manifesto, originally published in Germany in 1848. The philosophy laid out by Marx and Engels is also known as Marxism as it differs from the variations of communism that succeeded it.

Communists leaders of the revolution – was their version of communism successful?

The Bolsheviks were a communist party, committed to the ideas of Karl Marx, who appealed to a large segment of the war-weary Russian population with their slogan ‘Peace, Land, Bread’ and the promise of an egalitarian society that would come to fruition through the ideology of Communism. They were led by Vladimir Lenin and became the first communist party ever to rule.

Lenin’s tremendous presence and organisational skills motivated the Bolsheviks to revolt and remove the Provisional Government. Rather than the Marxist view in which the revolution is instigated by the proletariat, Leninism sees a group of intellectuals foment the rebellion.

Lenin was a Marxist, however until his death in 1924, his economic policy was more liberal, encouraging small-scale capitalism and private enterprise to help the economy recover and offset the discontent felt by the population. His policy of requisitioning grain from the peasants without compensation so that it could be used to feed the Red Army and the towns was met with fierce opposition and faced with a mass uprising, Lenin allowed the peasants to sell their crops on an open market which constituted a partial retreat to capitalism.

Joseph Stalin succeeded Lenin as the leader of the Communist Party (new name of the Bolsheviks). Galvanising his countrymen with socialist rhetoric, Stalin was viewed as the man who could unite the Communist Party and Russia. The opposite proved to be true.

Stalin wanted to industrialise the Soviet Union (the new name for Russia) in a bid to rebuild the economy. To raise the money for this he taxed the peasants and collectivised farmland murdering anyone that opposed him from peasants, to party members and academics. This period of atrocities was known as the ‘Great Terror’ and an estimated 20 million people are thought to have died. Stalin was essentially a dictator with absolute power, his ‘communist’ policies leading to the mass murder of his own people. 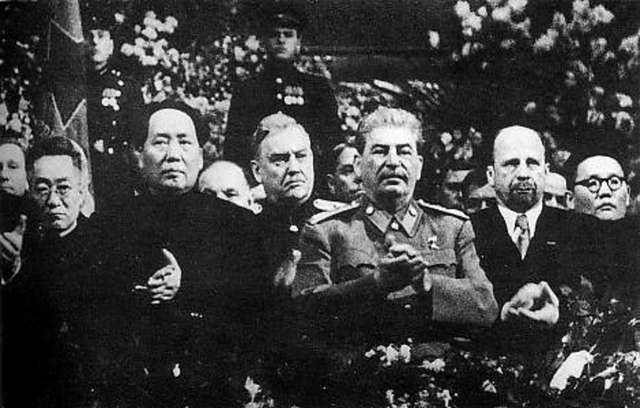 Mao Zedong, also known as Chairman Mao, was originally a follower of Marxism-Leninism. He believed that the revolution would come through an uprising of the working class. In 1949, after the end of World War 2 and following the Chinese civil war that saw the Communists win, Mao proclaimed the founding of the People’s Republic of China.

Mao implemented Stalinism by collectivising farmland and ruthlessly suppressing any opposition. Mao decided that by 1988 China needed an economy to rival America. The ‘Great Leap Forward’, as this was known, involved organising all the peasants into communes with the aim of industrialising China.

Severe overwork eventually led to a decline in agrarian and industrial production which in turn led to illness and starvation of the masses and it is thought that at least 20 million people died between 1959 and 1962. The Great Leap Forward was abandoned in 1960 and private ownership of land was reinstated with peasants producing as much spare food as they could to sell on.

Using terror to force production is inefficient. In comparison to Mao, Stalin may have accomplished industrialisation however the economic benefits of his policies were trivial, not to mention the catastrophic atrocities committed against the workforce. While the Soviets were victorious in WW2, they were heavily reliant on resources and equipment provided by the US.

The Soviet Union’s policy of industrialising at any cost resulted in frequent shortages of food and consumer goods. In the Sixties and Seventies, it was common to see people queuing for bread and the working class often went without basic items like clothing and shoes in stark contrast to the Communist Party Elite’s rapidly gained wealth.

A competitive market with outside investment is needed to incentivise growth and innovation.

Economist Janos Kornai wrote that a collectivised economy is also vulnerable to ‘soft budget constraints’. The state is liable to bail out any inefficient enterprises in a socialist-run system, which means there are no incentives for managers to avoid bankruptcy. Also, if a socialist firm goes bankrupt and cannot pay its debts, it will be taken over by the state. Eventually this will lead to the state going bankrupt. In comparison, if a capitalist firm goes bankrupt it is the private shareholders who lose their equity.

By the late 1970’s, when Mr Kornai was writing, the Soviet Union had developed a nuclear weapon and had given into the pressure to raise living standards which meant they had to resort to petrodollars and later loans to raise the funds needed to accomplish this. At this point it was still unthinkable that a super power like the USSR could go bankrupt, but it turned out to be inevitable. By the 1980’s, the Soviet budget deficit was 30% of its Gross Domestic Product and its creditors stopped lending which spelt the beginning of the end for the USSR.

The Soviet leaders were unable to recognise the problems their regime had because of the absence of political opposition and free debate. They ended up with a leadership that was neither competent nor decisive. 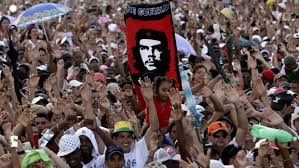 Communism in the Present Day

Present day communist countries have all had to concede to foreign trade partners and investment.

In 2004 China’s constitution was changed to recognise private property. Their trade agreements with the rest of the world shows the economy could not be further from centralised.

Cuba became a fully communist country in 1961 supported by the Soviet Union. When the USSR collapsed Cuba was forced to find new sources for trade and financial subsidies.

Laos has been communist since 1975 and is run by military generals who support a one-party system grounded in Marxist ideals. However, in 1988, the country began to allow forms of private ownership and it joined the World Trade Organisation in 2013.

North Korea removed all mention of the Marxist and Lenin ideals from the constitution. Instead the Kim family promote their own brand of communism known as ‘Juche’ which means self-reliance, however they too are reliant on outside trade partners such as China and India. National Interest writes “North Korea is governed by a monarchic family clan; its ‘socialism’ has been broadly replaced by corruption (at the top) and informal marketization (at the bottom); it flirts with race-fascism. Yet it does still retain obvious elements of old Stalinist states – for example, in its iconography, obsession with ideology, and anti-Western foreign policy relationships.”

Vietnam became a unified, communist country in 1976. In recent decades it has adopted a market economy supplanting its socialist ideals with capitalism.

As Frank Zappa said, “Communism doesn’t work because people like to own stuff.”

Russia’s Year Zero: The True Story behind the Bolshevik Revolution of 1917

Russia has its czar a century after the October Revolution

100 years on from the Russian Revolution, could a 21st century revolt bring about the end of capitalism?

The Russian Revolution: what economic lessons does it reveal?

The lessons of the Russian Revolution, 100 years later

Lenin the Dictator and The Dilemmas of Lenin review – a revolution twisted?

Stalin’s Great Purge: Over a million detained, more than half a million killed

A List of Current Communist Countries in the World

If North Korea Isn’t Communist,  Then What Is It?