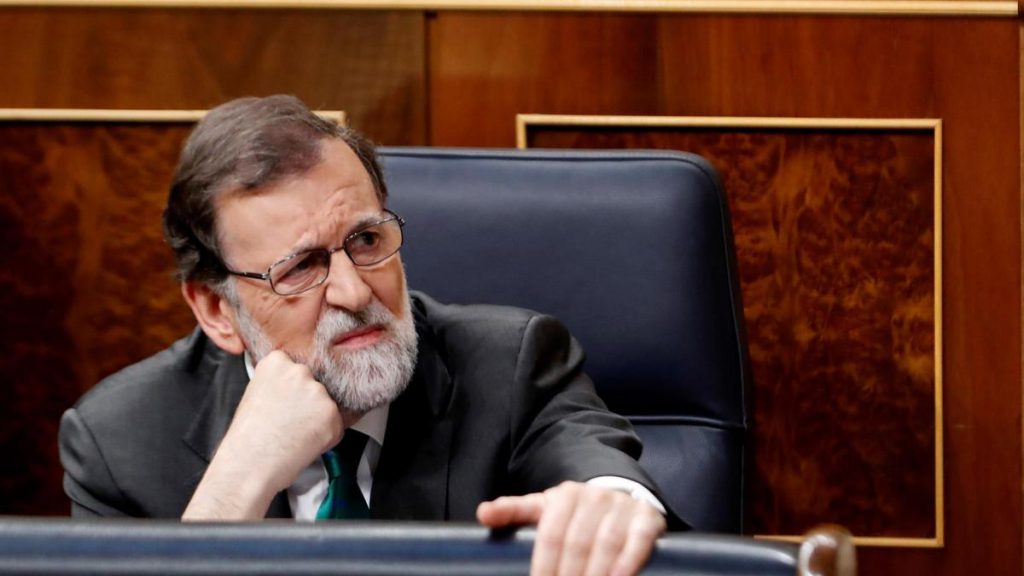 Why has there been a change of Prime Minister in Spain?

The new Prime Minister of Spain, Pedro Sánchez, who had previously been leader of the largest opposition party, was sworn in by the King on Saturday 2 June. The Spanish term for the position that English speakers call Prime Minister is presidente del gobierno, i.e. president of the government.

Although the previous Prime Minister (since 2011) Mariano Rajoy was leader of the largest single party in parliament, he was well short of a majority and was at risk of being outvoted if enough opposition parties voted together. His party, the Popular Party (PP) had been accused of corruption and 29 people associated with it were found guilty in a criminal trial whose verdicts were announced on 24 May.

On 1 June the Congress of Deputies in the Spanish Parliament (the Cortes) supported a ‘vote of no confidence’ in Rajoy’s government and Rajoy was forced to resign. 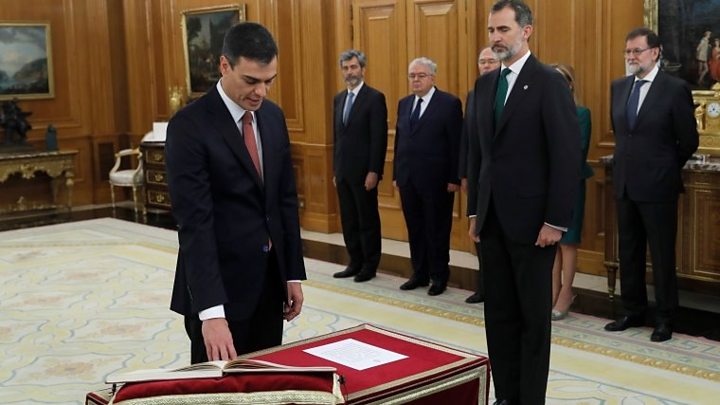 Pedro Sánchez is sworn in. Takes the oath alongside King Felipe VI, promising to fufil his duties “with conscience and honour”

What is a vote of no confidence?

The continuing support of parliament for a government is known as ‘confidence’ – the government exists because parliament has confidence in it to do the work of running the country so that ministers can make decisions, propose laws and represent the country abroad.

A parliamentary motion can explicitly express confidence or no confidence in the government. In some systems a government can decide that it regards another vote as being a ‘matter of confidence’ and promise to resign if it is defeated. For instance, this tactic was used by John Major’s government in 1993 to force rebel Conservative MPs to support the government over the Maastricht Treaty on European Union. Since 2010 confidence votes in the UK have to use specific wording.

Are all democratic governments subject to votes of confidence?

Some countries have systems where the government (the executive) is run by a separately elected President. This form of presidential government and separation of powers is more common in North and South America, where it is the system in the United States, Mexico, Brazil, Argentina and other countries. The President still runs the government departments even when the opposition controls the legislature, as happened during the last two years of President Obama’s term of office.

There are no votes of confidence or no confidence in presidential systems.

In extreme circumstances, if a big majority of the legislature considers the President has broken the constitution or acted in a criminal way, the President can be ‘impeached’, as happened in Brazil in 2016. This is not supposed to happen just because of political disagreement.

Can governments without a majority in parliament still have ‘confidence’ of the House?

Yes, this happens frequently. A ‘confidence and supply’ agreement is a deal between parties in parliament to allow a government to exist even though the party or coalition of parties that forms the government does not itself have a majority in parliament.

The UK government of Theresa May has a confidence and supply agreement – in the 2017 election 317 Conservative MPs were elected, which is a minority in a House of Commons with 650 MPs. The agreement with the Northern Ireland Democratic Unionist Party (DUP) with its 10 MPs is enough for an overall majority.

The New Zealand government of Jacinda Ardern relies on a confidence and supply agreement with the Green Party. 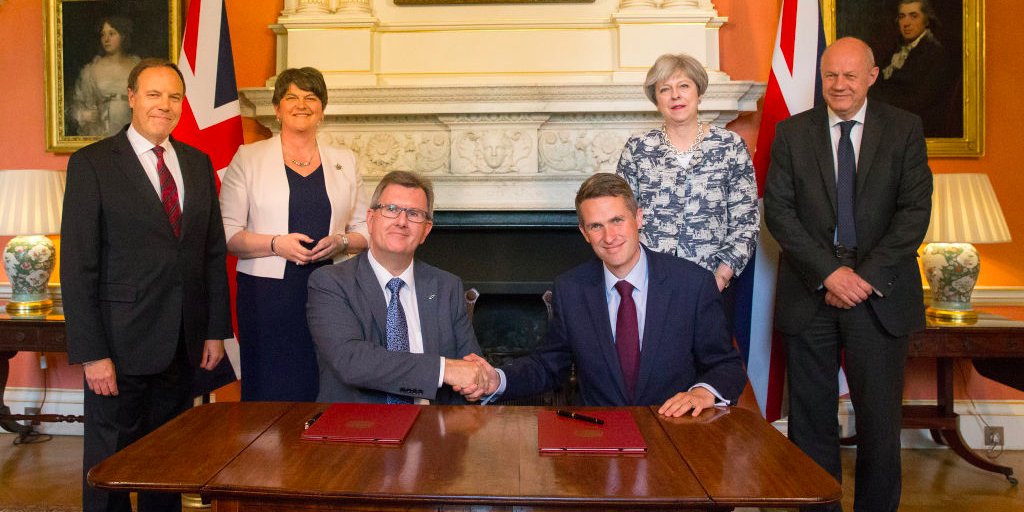 Do ‘no confidence’ votes have to say who should form the new government ?

One problem with simple no confidence votes can be that different parties can agree about getting rid of a government but not about what should happen next. The alternative options might be just as incapable of sustaining a majority in parliament, and there is no guarantee that an election will resolve the crisis.

Some constitutions require what is called a ‘constructive vote of no confidence’. Under the post-war German constitution, a no-confidence motion had to specify an alternative Prime Minister to replace the government that was being defeated. This procedure has been successfully used once since then, in 1982 when the Free Democrats (FDP) changed coalition partners and installed Helmut Kohl as Chancellor.

If, however, opposition parties move a vote of no confidence under Article 114 that has to contain the name of a replacement Prime Minister and also gain the support of an absolute majority of deputies, i.e. more than the combined number voting for the government, abstaining or absent. Both these are tougher requirements than just a simple majority of deputies voting for confidence or no confidence. The vote on 1 June named Sánchez as the new Prime Minister and attracted the support of 180 out of 350 deputies (there were 169 against and 1 abstention).  This was the first time that Article 114 had been used successfully.

What happens after a no confidence vote?

Because the vote in Spain named a new Prime Minister, it took effect immediately. Sánchez became Prime Minister and is entitled to name the ministers he wants to take office.

This does not always happen when a government loses a confidence vote. Depending on the constitution, there may be a period where the Queen, King or elected head of state has the responsibility to try to find a new Prime Minister who can form a government that has the confidence of parliament. If this is not possible, there will usually be a general election.

In some cases, as has happened in Italy in the past, the president may appoint a ‘technical’ non-party government to act as caretaker. The centre right Ciudadanos party argued for this option in Spain and refused to vote for no confidence in Rajoy as a result.

It is not clear what will happen in Spain in the weeks and months ahead. The other socialist party Podemos supported Sánchez in the no confidence vote, as did smaller nationalist parties favouring independence or more autonomy for the regions of Catalonia and the Basque Country. However, it may prove difficult to agree a budget or a legislative programme between all these parties because Sánchez’s PSOE party and Podemos are rivals for the leadership of the left and the nationalists’ aims are unacceptable to the PSOE.

The PSOE has many fewer deputies in parliament than Rajoy’s centre-right PP party but intends to govern without forming a coalition. Winning the no confidence vote gives Sánchez some breathing space but the arithmetic in parliament is very tight and opposition from the PP and Ciudadanos is likely to be intense.

Guardian article on vote of confidence in Spain

Theresa May and the DUP, UK Business Insider