Education: Archaeology, Classics and IT most vulnerable to cuts after Brexit

Home / Articles / Education: Archaeology, Classics and IT most vulnerable to cuts after Brexit 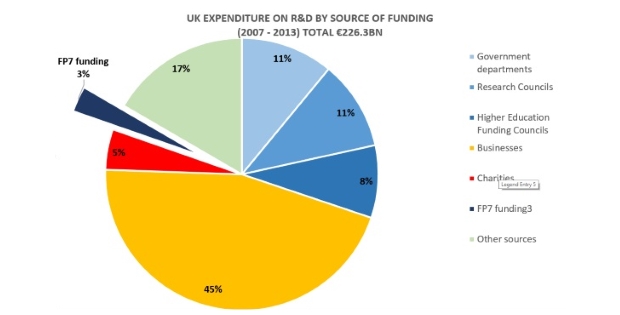 Education: Archaeology, Classics and IT most vulnerable to cuts after Brexit

This is because more than 30% of the funding for each of the above subjects comes from the EU.

‘Of the 15 subjects most dependent on EU funding for a proportion of their income, 7 are social sciences, 6 in the arts and humanities and 2 in natural and physical sciences’ (FT, 23.5.17).

It must be noted that the reason that the funding has been obtained from the EU in the first place is without a doubt because it has not been made available within the domestic education budget; hence the funding coming from elsewhere.

What about the field of higher education and research?

Sciences, engineering and medicine are also fields in which a large amount of EU money is invested.  In terms of research, UK universities as a whole received a total of £725 million from the EU between 2014-15.  This figure represents 12% of their total research grant income of £5.9 billion.  It is not an insignificant sum.

Unsurprisingly, the largest recipients of EU funds were Oxford with £60.3 million; Cambridge with £59.5 million and University College London with £45.7 million.  In their 2016 Autumn statement, the Education Policy Institute gave details of Theresa May’s pledge to produce a further £2 billion per year in order to offset the losses that will be incurred as a result of Brexit in the field research and innovation.  The Report says the following:

‘Theresa May has today pledged that £2 billion extra a year will be made available to conduct research to boost innovation and productivity until 2020. The announcement aimed to reassure businesses and universities, two sectors that have been showing growing concerns over the effects of Brexit in terms of access to the common market and to European research funds, respectively.

The Autumn statement may clarify how much of the total sum will be made available to universities, either directly or through research councils, but it is unlikely that the awarding criteria will be set. In such case, the sector will be waiting for the criteria to be disclosed, as the priorities of the government may attempt to privilege some areas of research over others. If the governments’ criteria differ widely from those of the EU, then the expected resulting scenario is one with winners and losers and the sector facing further imbalances’.

Writing for the education section in the Guardian in March this year, Stephen Curry raises the following concerns vis a vis the extra £2 billion:

‘The increased investment in R&D, announced in the Autumn statement, which will boost the annual R&D budget by £2 billon by 2020 is very welcome, as is the prominent position accorded to research and innovation within the new industrial strategy.  But it remains unclear if this increase – which still leaves us behind our major competitors in terms of public investment in R&D – was made in anticipation of the loss of EU research funds, or whether any of the new money will be targeted specifically to boost international research activity post-Brexit’, (Guardian, 1.3.17).

You can read more about what that £2 billion is supposed to do here:

Research and development in companies

This will also be affected after Brexit.  Whilst large companies receive very little funding from the EU, the small ones rely on it a great deal.  Between 2007-13, small and medium sized companies received a total grant of £650 million from the EU, representing a total of 17% of their overall funding for research and development.

According to Bruegel, a Brussels based think tank specialising in the field of economics, Horizon 2020 is one of the main sources of funding for universities an research centres in the UK.  Horizon 2020 is the EU’s umbrella program for research and innovation and, according to Bruegel, UK universities received the largest share of projects funded: more than 2,000 per year.  The report is useful as it also details other funding that the UK receive from the EU around this field.

That’s right.  By having an EU stamp, so to speak, on your company or educational institution, it makes it easier to gain funding from elsewhere: that’s because other investors will take the project more seriously.

‘After the UK leaves the EU we must make sure that research is not short changed, and the overall funding level of science is maintained’.

Just something to consider.

Report by The Royal Society listing the UK institutional dependency on EU funding:

Buzz Feed News, ‘Brexit could be catastrophic for British Archaeology’, 24.5.17:

Ash Amin, Foreign Secretary of the British Academy (quoted in the FT)

Genki Ramakrishnan, President of the Royal Society, also quoted in the FT and above:

Bruegel think tank report on the impact of EU funding on UK education, research and development, 14.2.17:

The Telegraph, ‘How will Brexit affect British universities?’, 9.3.17:

UK based Think Tanks in the field of Education:

18 Think Tanks every teacher should know: