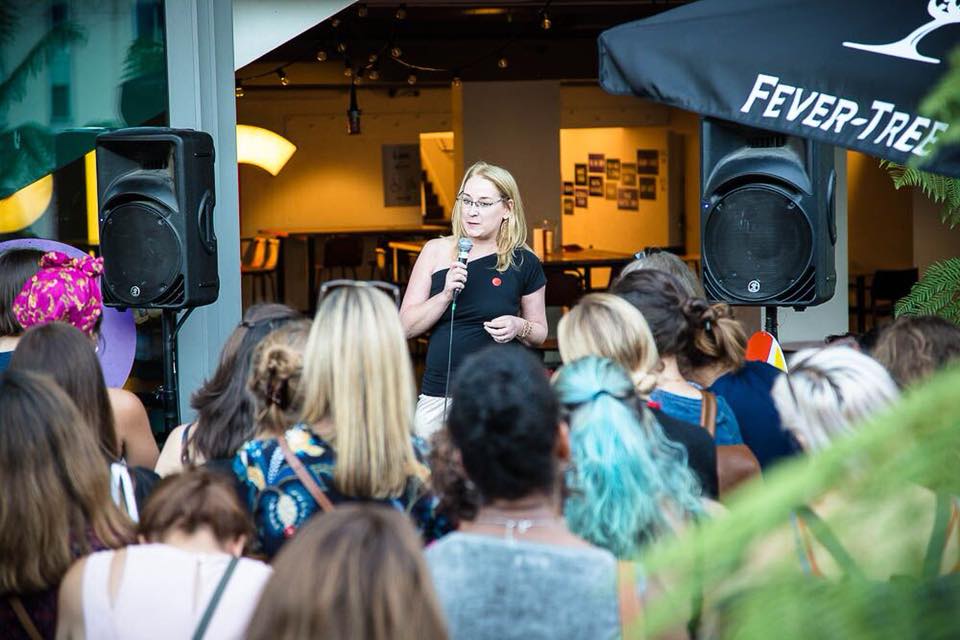 Last night, I had the pleasure of standing up and giving an impromptu speech at Hub Dot’s ‘Say Hello to Summer’ event at the Lyric theatre in Hammersmith. It was unplanned and I kicked it off with a nod to one of my favourite jazz singers, Billie Holiday. ‘Hush now, don’t explain’ I sang, for some reason not embarrassed in the slightest. I followed it with ‘I will not hush and I will explain’. That to me is why I started Make Me Aware: to encourage more people, young or old, to ask questions about the wider world to try to understand: without being mocked for not knowing what they were asking about in the first place. I takes a lot of guts to admit you don’t know something in public, just as it takes a lot of guts up to stand up and sing a few notes of Billie in public, but such is the importance of peeking out from behind the cloud and making your voice heard, I decided it didn’t matter. And it certainly got my voice heard.

‘So often, we focus on our performance goals rather than our learning goals. If were to focus on the learning rather than the outcome, we would stop worrying about failing. There is too much focus on success when failure is such an important part of getting there but we are often paralysed by feelings of surprise, shock, embarrassment and fear.

A child interacts with the world with questions. Everything is a question. And yet we have lost this skill for fear of being judged. ALL learning BEGINS with a question.

I came across a book recently by Bradley Staat called ‘Never Stop Learning’. I am still reading it. In his book he mentions a lady called Karenna Strella, a lady who works for a US global executive search firm, Egon Zehnder. Ms Strella developed a model to assess leadership potential:

All of the above attributes are something we can all have. The most important of all, according to model, is curiosity, for with that, the rest will follow.

Let’s see them laugh at you then’.

For information on the book above, (which can also be purchased through amazon):

Yesterday’s Hub Dot event being my first one, it was memorable in lots of ways (not counting doing the 50m dash to Charing Cross Station after the event, only to get on the wrong train and eventually getting home at 11.45pm!), and you starting your “story” by singing was certainly one of them!

It was great to have the opportunity to speak at length later on and to share backgrounds and our respective missions. In that regard, I applaud you, as well as your colleagues, for your vision and purpose with Make Me Aware. It certainly would make for a very enlightened – and tolerant – world if we could all just take time to admit, first of all, that we don’t know everything there is to know, and, secondly, to have the courage to ask, ask, ask…if we want to know. I guess you are proving that it is stupid NOT to ask questions, rather than the other way around!

I wish you well with your studies, especially at King’s; my niece, Nicole, looks forward to bumping into you on occasion!

In the meantime, perhaps when I am further along with launching my professional woman’s magazine, we may have the opportunity to collaborate in some way. That said, as I’m in the process of putting a team together so that work on the actual magazine can begin, if you would like to contribute in any way, or know of writers who might, then I’d be very happy to be contacted in this regard.

Keep going with your writing, studying – and singing!