EU Politics: What do you reckon, Angela?

Home / Articles / EU Politics: What do you reckon, Angela? 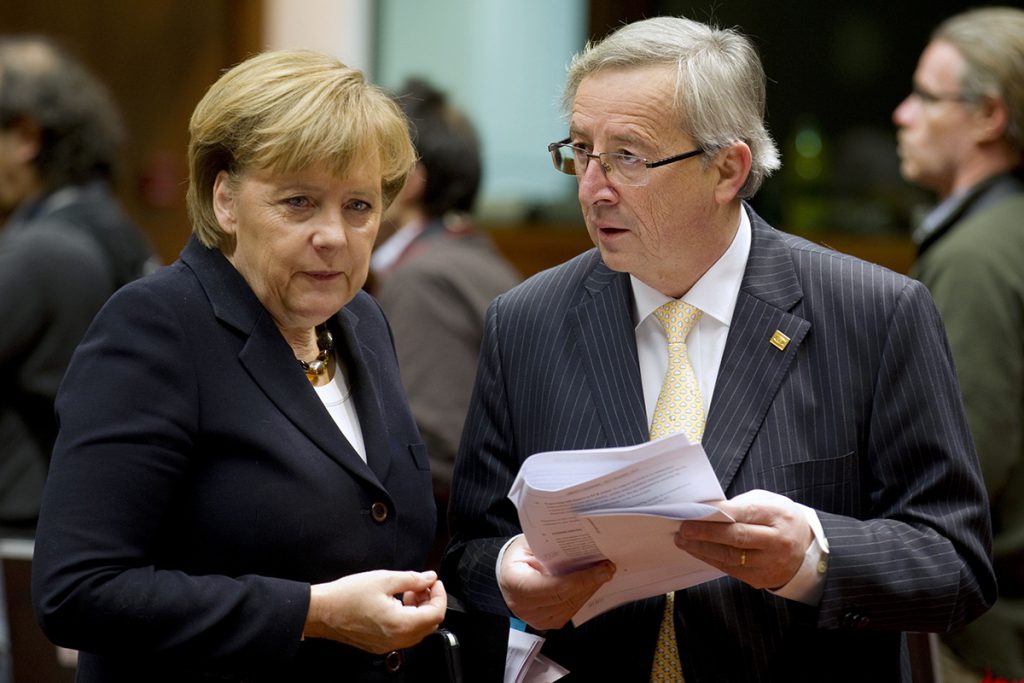 EU Politics: What do you reckon, Angela?

In case you hadn’t noticed, Angela Merkel hasn’t been to visit Trump in the White House yet, although it is said she has an open invitation.  She probably won’t meet him face to face until the G20 summit in July this year.  Germany are hosting it.  It won’t have escaped your notice that she is no fan of the new American president.

Merkel believes in a collective approach to the issues we face today; not a state by state one.  Trump, as we know, favours a more unilateral approach.  Stefan Wagstyl of the FT says: ‘She sees the union as the answer to challenges ranging from the Greek economic crisis to migration and Russian aggression’ (FT 28.2.17).

One reason why Trump might be a bit miffed with Germany is that of the NATO members, Germany is one of the many who do not adhere to the minimum 2% spend on their defence budget.  The UK do.  Germany spends 1.2% but has said that they would try to reach the 2% threshold by 2024.  Trump’s Russian mate Putin isn’t that fond of Angela Merkel; he once made sure one of his big dogs was present at a meeting between the two, even though he was fully aware that she didn’t like dogs. For the moment, America have distanced themselves from their new Russian buddies and are shifting their focus elsewhere: a response to the recent allegations of the two nations cosying up together in an inappropriate fashion.  Alongside the issue of NATO spending and the lack thereof, Trump may not like the fact that Merkel is a strong political force to be reckoned with.  He has accused the EU of being a ‘vehicle for German domination’, and I suspect that Trump may only like to be dominated behind closed doors…

Meanwhile, over in Brussels

The EU Commission president, Jean-Claude Juncker, is trying to rally all 27 remaining members of the EU together; particularly now that the UK have decided to leave.  Europe cannot afford to ignore the creeping threat of scary, xenophobic, populist rhetoric that is lurking around like a bad smell.  Like Merkel, Juncker is of the belief that Europe ‘must be built on a common perspective and on a shared conviction that by coming together each of us will be better off’ (Beesley, FT, 28.2.17).

Juncker has just submitted a draft White Paper to the EU executive that outlines his vision on how the EU can be further strengthened.  One option is to (a) do nothing to change the union’s set up; and (b) take a massive leap forward in integration.  Neither of these are feasible really.  The dialogue of a ‘two-speed’ Europe has come back to the fore.  Already, the EU have varying degrees of integration with only 19 of the now 27 members states having adopted the euro. One proposal is that there is a further deepening of the EU’s single market but without us, the UK, in it.  We haven’t really been mentioned in the draft White Paper.  We have already become a rather absent friend while the rest of them all get on with things.  You can read about his proposals in more detail in the Politico link below.

Angela Merkel backs and has always backed the notion of a two-speed Europe.  She acknowledges that not everyone will want to integrate further: it’s difficult to have common policies for all countries when for one thing, their economies are so different.

When do all the members of the EU get together again, without the UK, obviously?

In March; so very soon.  Rome is going to host it and it will mark the 60th anniversary of the bloc’s founding treaty, so expect a lot of news coverage nearer the time.   By this time, Theresa May should have triggered Article 50.

Just something to keep an eye on.

A bit more on the draft White Paper from Politico, 1.3.17.  It’s quite interesting actually, and it’s not that long: