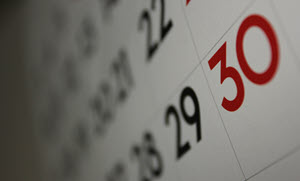 Co-leader of Bulgarian PP Party, Kiril Petkov of the centrist ‘We Continue the Change’ party, is sworn in as Prime Minister today. (See previous listings for Bulgaria elections in November and December 2021).

Challenges for the new government include addressing Covid in a country in which there has been a very slow uptake of vaccinations: less than 30%. Electricity and heating bills are on the rise, as they are elsewhere in Europe. The economy needs to be addressed, again as elsewhere in Europe, with Covid-19 creating many problems. Corruption needs to be addressed that has been left over from the previous administration and confidence in the judicial system needs to be restored.

At the same time, in the Balkan region, Russia has built up a heavy military presence along the Ukrainian border and there is concern globally that Putin may try to annex Ukraine, as he did with Crimea in 2014. Bulgaria is a NATO state. Ukraine is not. Petkov has said his government would focus on averting armed conflict using all diplomatic means possible, but that they remain firmly anchored with the west (FT).

Additionally, there is ongoing friction between fellow EU members with Poland and Hungary.

Petkov’s government consists of four parties (a quadripartite coalition): his own centre left PP party; the centre left Bulgarian Socialist Party (BSP); centre right (according to Euractiv; FT refer to them as ‘liberal’) ‘Democratic Bulgaria’ (DM) and the anti-establishment, socialist ‘There is Such A People (ITV) founded by cable television presenter Slavi Trifonov. A mixed bag but if corruption can be kept at bay then it might just work.

Third time’s the charm? Bulgaria’s November elections and the elusive quest for a parliamentary majority