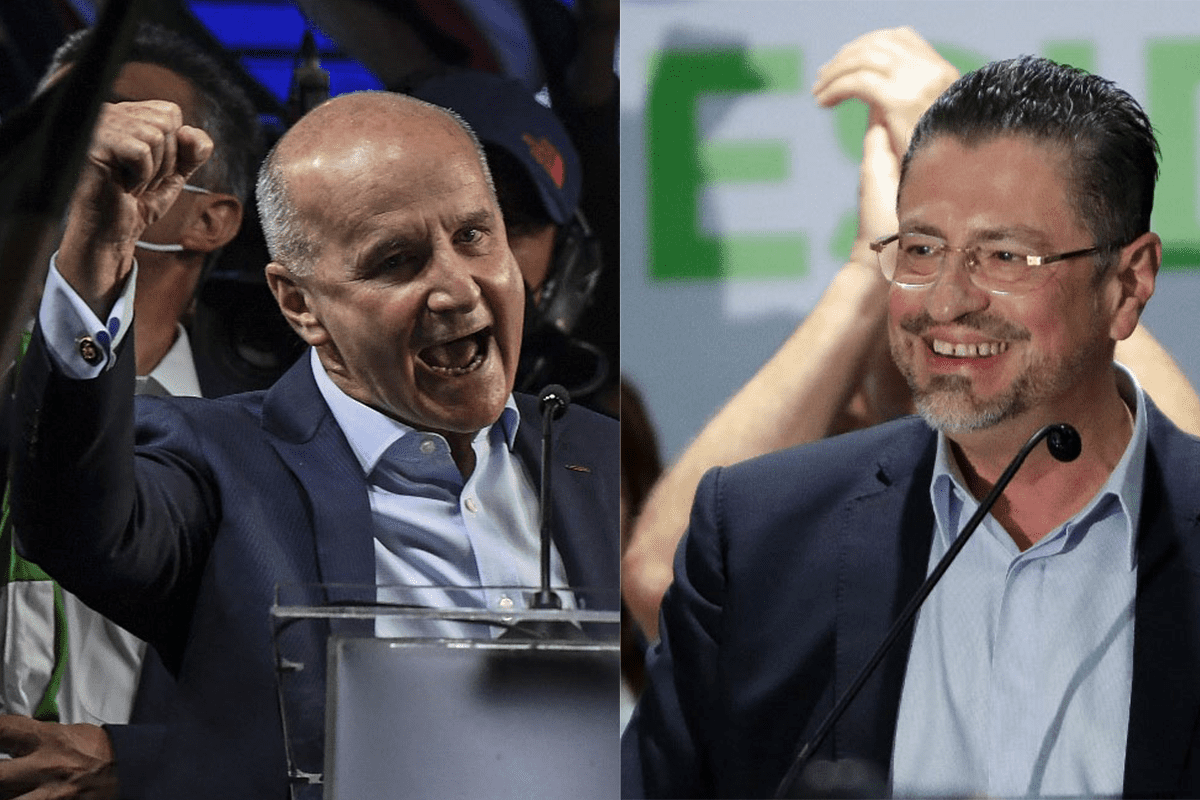 Above image: Jose Maria Figueres on the left, Rodrigo Chaves on the right

Former World Bank official and economist, Rodrigo Chaves, has won with  53%. Former President Jose Maria Figueres took 47%. Figueres won the first round in February but his vote was below the 40% required to avoid a second round.

Figueres  accepted defeat after the polls closed. Chaves has worked outside of Costa Rica for most of his career and will take office on 8th May 2022. The former Finance Minister will need to renegotiate an IMF loan taken out last year to help with the post pandemic recovery. Chaves wants to strengthen Asia-Pacific ties and attract Chinese tourists.

Turnout in the second round was low at 37%. In the first round in February, neither candidate was well thought of. Chaves has several sexual harassment claims under his belt from his time at the World Bank. After legal proceedings ruled in the complainants’ favour, Chaves was demoted and the World Bank was forced to apologise for mishandling the claims in the first place. Chaves himself denied any misconduct. The allegations consisted of him making unwelcome comments, inquiring about personal relationships and attempts to kiss the women who complained about him.

Costa Rican Congress is split between different parties. Chaves’ Social Democratic Progress party will have only 10 seats in the 57 seat Congress. As such, he will need to rely on coalitions to pass any legislation he proposes.

Chaves will replace President Carlos Alvarado, whose popularity has tanked as the economy has flagged. In the first round in February, Alvarado’s party did not win a single seat in the new Congress. Both candidates in the second round were moderate in their proposed agendas and neither one is expected to make any radical changes or change the direction of the country.

According to the BBC, Chaves will emphasise the promotion of tourism coming from China. Figueres had taken a similar stance prior to the second round and had also said he would ‘recognise the importance of having a deeper relationship with China, without neglecting [Costa Rica’s] friendship with the United States and Europe’.

Chaves, 60, worked for decades at the World Bank, including a stint in Indonesia as chief there. As a result of the sexual misconduct allegations between 2008-2013 when he was working at the World bank, he resigned. He returned to Costa Rica for a 7 month stint as Finance Minister for the current government, before throwing his hat into the race.

He was born in 1961 in a large lower-middle-class family in the capital San Jose, and went on to earn a PhD in Economics from Ohio State University in the United States.  Chaves is married to an economist from Latvia, his second wife, (The Week, India).

He ran as an anti-establishment figure. According to Reuters: ‘Chaves, who briefly served as finance minister for outgoing President Carlos Alvarado, ran as a maverick. He has vowed to shake up the political elite, even pledging to use referendums to bypass Congress to bring change’.

His electoral campaign is under investigation for some dodgy financing.

Figueres, 67, a centre-right figure, was President of Costa Rica from 1994-1998. In Costa Rica, you cannot run for two consecutive terms. His family is no stranger to politics with his father having served as President three times. Figueres ran for the mainstream National Liberation Party (PLN), founded by his father. This is the largest and oldest political party in Costa Rica. Figueres was also Minister of Foreign Trade and Agriculture. In 2004, he stepped down as CEO of there World Economic Forum amidst allegations that he had influenced state contracts.

Al Jazeera on the second round:

Reuters on the second round:

You can read more on those dodgy state contracts that Figueres was accused of here:

The Week (India) on the second round (with more background on Figueres’ three time President father):

Further information on Costa Rica’s elections can be found here, (with additional resources in the footnotes):

More background from CFR (February 2022) on the two run off candidates: