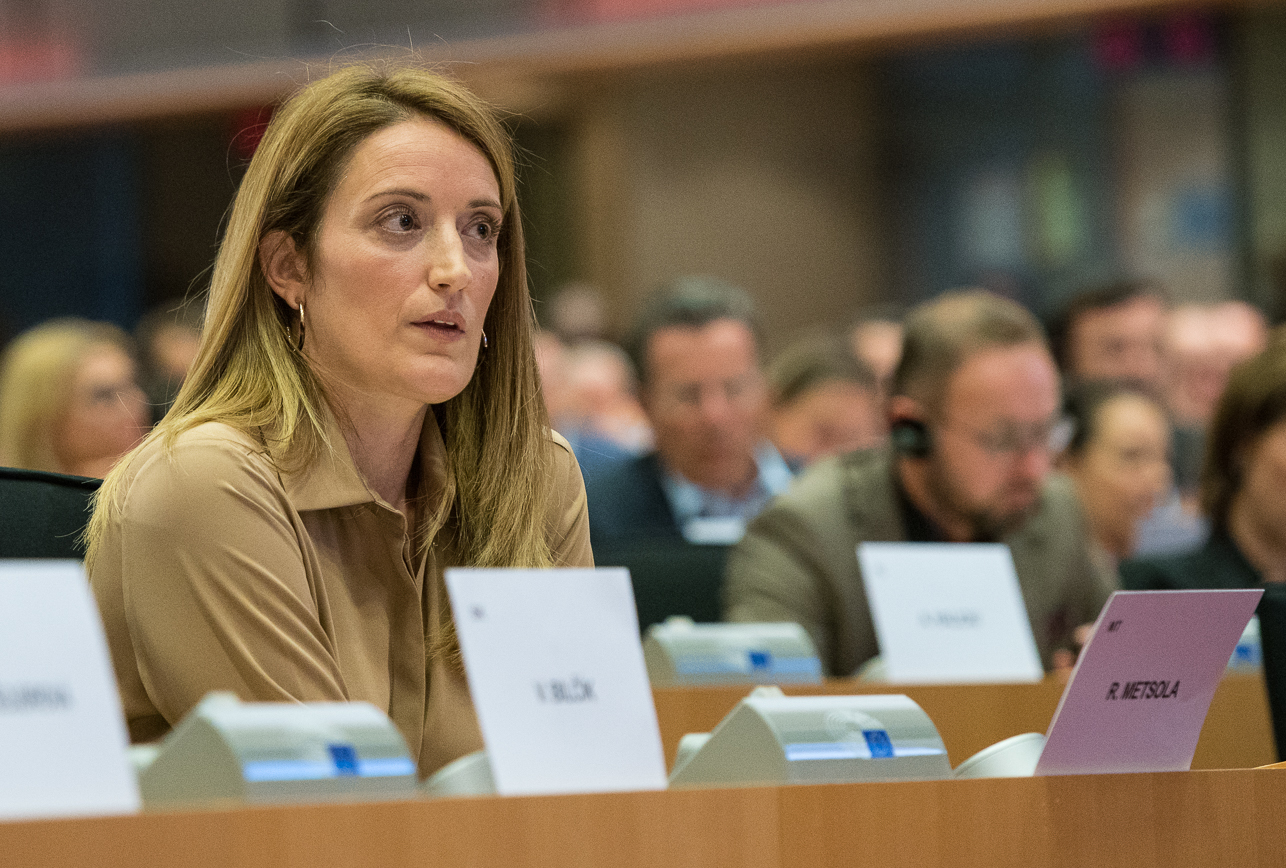 Malta’s Roberta Metsola of the centre-right European People’s Party has been elected as the 32nd President of the European Parliament. Having just turned 43 this month, she is the youngest MEP to hold the post. The President is elected in a secret ballot and must have an absolute majority. Metsola was elected with 458 out of 705 votes.

Her party, the EPP, is the largest political group in the 705 seat parliament. The Socialists & Democrats (S&D), the second largest, agreed to back her in return for political priorities with the EPP. The liberal Renew Europe, the third largest, didn’t put forward their own candidate and backed Metsola from the start.

S&D have been assured 5 of the Parliament’s 14 Vice Presidential slots, plus head of the Conference of Committee Chairs: an important position traditionally held by the EPP. The head of the CCC coordinates work across the European Parliament’s various panels.

The Greens had proposed Swedish MEP Alice Bah Kuhnke. The Left backed Spanish MEP Sira Rego. The European Conservatives and Reformists had put forward Polish MEP Kosma Zlotowski, the only male candidate, but agreed on Tuesday, the day of the vote, to support Metsola.

Metsola is a former lawyer and strongly European. She became an MEP in 2013. From 2004-2012 she worked as a legal attache at Malta’s EU office and prior to that, a legal advisor to Catherine Ashton, a top EU Diplomat.

She is strong on rooting out corruption and was one of a handful of Maltese politicians who criticised Malta’s socialist government when the journalist Caruana Galizia was killed by a car bomb whilst investigating corruption in the Maltese government. in 2019, a photograph of her refusing to shake the hand of the then Prime Minister Joseph Muscat, caught up in the scandal, went viral.

She was Vice-President from 2020 and takes over from socialist David Sassoli who sadly died last week at the end of his 2.5 year term. Her term will also last 2.5 years.

Malta is the smallest European member state and staunchly Catholic. It is the only EU state in which abortion is illegal and Metsola supports this stance. Prior to joining the EU in 2004, Malta negotiated a clause to ensure that the EU did not force them to change their law on abortion. Many in the European Parliament see abortion a a fundamental health care right and that to deny that right is a violation of human rights. She has 4 boys and a Finnish husband.

‘European Parliament presidential election: Who’s running? How does vote work? How vital is the role?’