First Round Presidential Elections in Chile 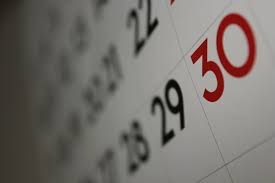 Jose Antonio Kast, a 55 year old lawyer, former Congressman and far right candidate for the Christian Social Front coalition, came out on top in the first round. The runner up was the 35 year old far left former student union leader, Gabriel Boric, who represents the Apruebo Dignidad coalition and the younger generation.

All other candidates running were too far behind but neither of the two won a majority, therefore a second presidential election will be held on Sunday 19th December 2021.

Kast is a Catholic conservative with 9 children and has often praised the neo-liberal economic policies of former dictator Augusto Pinochet. He has proposed digging a ditch on the border to prevent illegal immigration. He is strong on clamping down on violence and crime.

In 2011, Boric led student protests demanding improvements in the education system. Unlike his rival, he is not a fan of Pinochet’s economic legacy or the private pension system he left behind. He has praise to increase taxes on the wealthy, expand social services for indigenous Chileans and protect the environment.