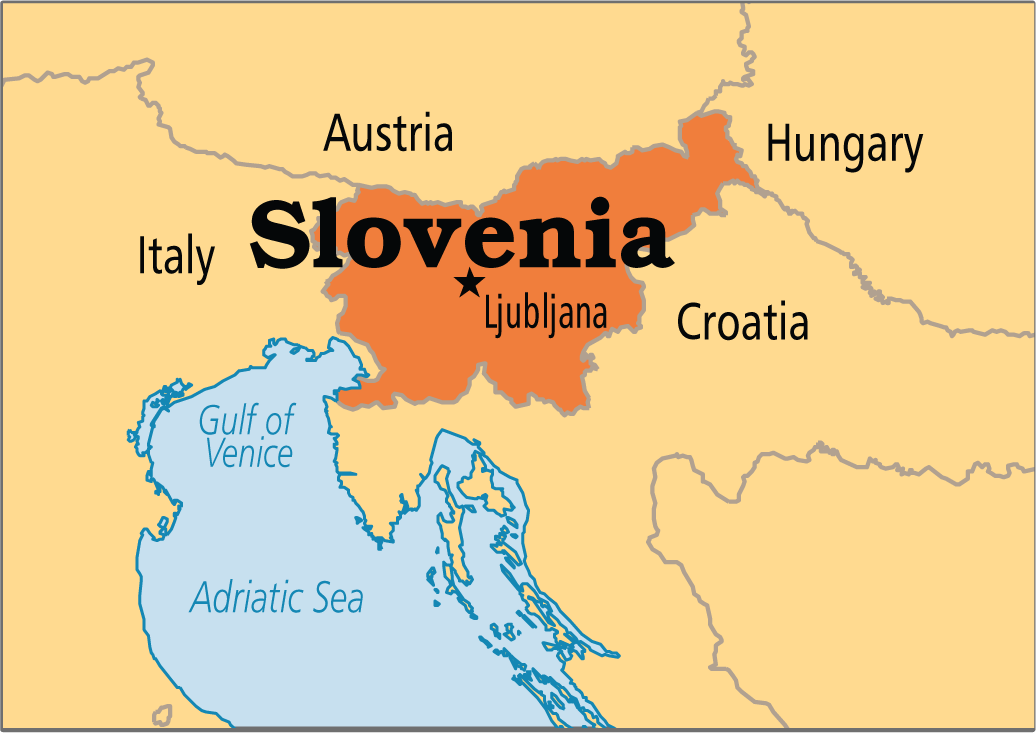 Slovenia  became independent 30 years ago in 1991, having previously been part of Yugoslavia. It joined the EU in 2004.

Under Slovenian law, a general election has to be called 135-75 days before four years have passed since the first sitting of the current parliament. The vote must be held between 60 and 90 days after the election is called: the next one will be held on Sunday 24th April 2022 . The last general election, a snap vote, was 3 June 2018. A General (Parliamentary) election determines who gets to sit in the 90 seats of the National Assembly.

Slovenia’s Parliament is bi-cameral with two chambers: the National Council, which has 40 seats; and 90 for the National Assembly. The President, currently Borut Pahor, nominates as the Prime Minister the individual he thinks most able to put together a viable government coalition. He/she then has to be approved by the members of the National Assembly.

Prime Minister Jansa’s Slovenian Democratic Party (SDS) took over the role of Prime Minister early March 2020, just as the coronavirus pandemic started. Although Jansa’s SDS party took first place in the 2018 ballot, it was Marjan Sarec of the Marjan Sarec List (yes, he named his party after himself) whom the President chose as Prime Minister as he was able to form a majority coalition. In 2020, Sarec resigned when he failed to convince anyone to allow early elections, thereby easing the way for Jansa to take his place. Jansa pulled together an alliance of 4 parties after Sarec’s centre-left government collapsed. It became his third term as Prime Minister. His coalition weakened in December last year when the the Pensioners’ Party (DeSUS) left and called for a vote of no confidence against him. They were unhappy with Jansa’s handling of the pandemic and also had concerns about media restrictions and rule of law issues. They also disapproved of Jansa’s siding with Hungary and Poland when criticised by the EU for democratic backsliding.

Whilst Jansa’s party is still in top polling position, recent surveys indicate that he’s not strong enough to secure a majority. With many in the opposition refusing to work with him, he may struggle to gather enough allies to cobble together a coalition this time around.

Jansa is a fierce anti-immigration politician and has been criticised by the EU for clamping down on the media. Critics have accused him of curbing democratic freedoms and adopting divisive policies in what is usually a moderate nation of about 2 million people. He is populist, nationalist and divisive. Parallels have been drawn between him and Hungary’s Viktor Orban, seen last week with Vladimir Putin sipping socially distanced champagne in a room in Moscow. Jansa’s government has been subject to weekly protests for the erosion of civic freedoms since he started. Independent media been forced to become less independent under his scrutiny and last year’s budget proposals excavated troughs of money ear marked for civil society organisations and environmental projects.

More than a dozen parties will compete. Current polls at this time of writing, (7th February 2022), place Jansa’s SDS party in the lead with 27% and Robert Golob’s Freedom Movement, (GS) coming a close second with 16%. Golob is former Chief Executive of Gen-I, a clean energy company. The GS party was previously known as the Green Actions Party, (Z.Dej). Golob is its new leader and, taking a leaf out of Macron’s book, he decided to give it a new name, something that would separate it from the traditional parties that have been around for a while. ‘Movement’ was seen as something progressive that could foster change. Judging by his place in the polls, this was a good decision. Climate is high on Golob’s agenda, something that Jansa has thrust to the bottom of the slag heap. Furthermore, Golob is no political novice, having served as Secretary of State for Energy from 1999-2002.

Here he is on the right looking a bit like a suave French footballer: 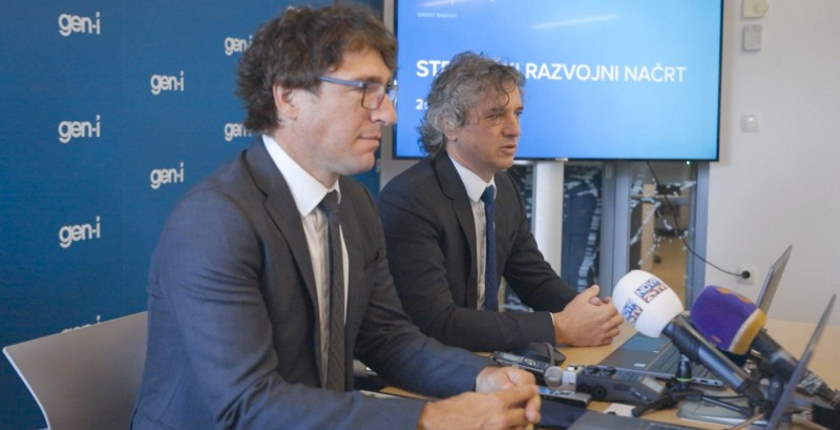 Jansa’s other main rival is the young brunette Tanja Fajon, leader of Slovenia’s Social Democrats (SD) and a member of the European Parliament. She’s in third place with 14%. She looks good, and experienced, but is not polling as well as the French football lookalike clean energy guru.

Jansa’s opponents hope that by banding together, they’ll be able to defeat him.

Former Prime Minister Marjan Sarec leader of the party he named after himself, List of Marjan Sarec, called on 4 opposition parties to sign a pledge not to enter into any coalition with Jansa following the elections. (Sarec is down at 6% at the moment, according to Politico). As such, in September last year, his own party, the List of Marjan Sarec, along with other left-leaning parties, the Social Democrats, Levica (the Left) and the Alenka Bratusek Party, all signed a cooperation deal agreeing to form a government without SDS in the event that if between them, they win enough votes.

Just to throw another coalition into the mix, a 5 party coalition was recently formed under the name ‘Let’s Connect Slovenia’, (PoS). It comprises the coalition party Concretely, recently created with the merger of the Modern Centre Party (SMC) and Economically Active Party (GAS), and the non-parliamentary People’s Party (SLS), Slovenian Greens, New People’s Party (NLS) and New Social Democrats.

Slovenian Greens president Andrej Cus said that in the last 30 years, environmental policy had not had the right people who could talk to each other about finding joint solutions. He said that the groundwater, water, air and living environment were being poisoned every day that the Connecting Slovenia Alliance would advocate for environmental issues.

NLS president and Interior Ministry State Secretary Franc Kangler said that the alliance created an atmosphere of dialogue, integration and unification, and that it would fight for a just and fair Slovenia.

Andrej Magajna of the New Social Democrats likened today’s agreement with the formation of the DEMOS coalition 30 years ago.

The signing of the Coalition Agreement was attended by former Constitutional Court judge and Presidential advisor Ernest Petrič, Education Minister Simona Kustec and physician Tina Bregant, a former state secretary at the Health Ministry. Bregant said that the healthcare system needed to be reformed, and that the alliance advocated ‘sustainable, modern, efficient and emphatic public health’.

The Agreement says that the presidents of the five parties will define the key steps of the election campaign in consensus and assist each other in all campaign activities.

Politico polls put the Let’s Connect Slovenia party at 5%, just below former Prime Minister Sarec. If nothing else, their presence will draw relevance to important issues that have been cast aside under the present government; as long as it’s not re-elected.

Current President Borut Pahor is not eligible for reelection due to a term limit of 5 years. The next elections for President will be held sometime before October 2022. He will be elected by an absolute majority vote through a two round system.

Dr Alem Maksuti of the Balkan Insight article listed below doesn’t seem all that keen on him, saying that ‘instead of condemning Jansa’s views, [he] is busy posting pictures on his Instagram’. 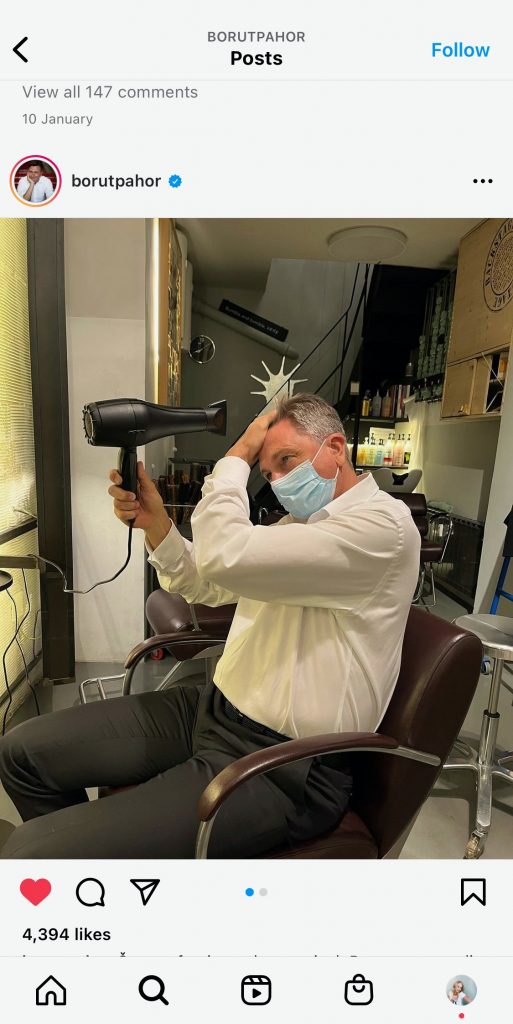 Politico, ‘Elections to Watch in 2022’, 4.1.22: https://www.politico.eu/article/europe-elections-2022-poll-of-polls-france-portugal-hungary/

Politico also provide a regularly updated version of which parties are competing in April’s elections and how each one fares: https://www.politico.eu/europe-poll-of-polls/slovenia/

Reuters, More on when DeSUS left the coalition and why, 15.1.21: https://www.reuters.com/article/us-slovenia-government/slovenia-opposition-submits-no-confidence-motion-against-government-idUSKBN29K1WM

Balkan Insight, ‘Clock is ticking for Jansa and his Alternative Reality’, 3.9.21: https://balkaninsight.com/2021/09/03/clock-is-ticking-for-jansa-and-his-alternative-reality/

On the Slovenian National Assembly: https://www.dvk-rs.si/index.php/en/elections/national-assembly-of-the-republic-of-slovenia

More information on the Borda Count System, which is rarely used: https://www.electoral-reform.org.uk/voting-systems/types-of-voting-system/borda-count/