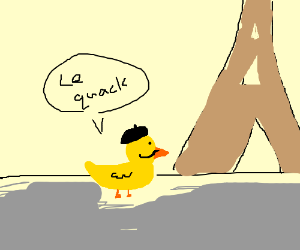 Following allegations against France’s Republican nominee for President, Francois Fillon, has apologised for putting his wife and children on the payroll but refused to stand down.  He has denied that they did not work whilst employed as his parliamentary assistants and has said that he will happily disclose information on the payments made to them.  Fillon tweeted on 6.2.17: ‘Je le fait car je n’ai rien a cacher’, or ‘I have nothing to hide’ in English.

Fillon’s Welsh wife Penelope, is also under the kosh for accepting 100,000 euros in salary from a French literary publication run by a billionaire entrepreneur and friend of Fillon’s; even though she wrote only one article.  She was allegedly paid around 5,000 euros a month between May 2012 and December 2013 by the literary publication Revue des Deux Mondes, owned by Marc Ladreit de Lacharrière (Guardian, 25.1.17).  Lacharrière was awarded the French Legion D’Honneur when Fillon was Prime Minister.

Ms Fillon, in an interview with the Telegraph newspaper which was published on 2nd February 2017, said that she had never been her husband’s assistant (source below).

A bit of info about Le Canard

No, it’s not a duck.  It’s a French satirical newspaper known for not revealing their sources.  For the past three weeks, they have ‘upended France’s presidential election with allegations surrounding Francois Fillon, the former front runner’ (FT, 13.2.17).  Le Canard published a story that claimed Fillon had ‘paid his wife more than 800,000 euros in public funds for an allegedly fake job as his parliamentary aide’ (FT).  Furthermore, the newspaper claims Fillon’s two children were paid tens of thousands of euros when Fillon was a senator, between the years of 2005-20011 (FT, 6.2.17).

Le Canard has been running since 1916 and is published weekly.  The paper is independent and owned by its employees.  It does not rely on advertising; purely on its sales of print copies.  ‘Canard’ means ‘duck’ in French, but it is also a slang term for ‘newspaper’, according to today’s FT.  The ‘Enchaine’ part means chained up.  It is a reference to the censorship of ‘L’Homme Enchaine’ a newspaper run by Georges Clemenceau, a journalist who became Prime Minister in 1906 during the French third republic.

Le Canard has, in the past,  published a story about Alain Juppe, once prime minister, who benefited from cheap rents in Paris whilst working as an aid to Jacques Chirac.

What’s happing in the investigations at present?

Fillon is also being investigated for employing two of his children for legal advice, irrespective of the fact that they have had not yet graduated at the time he sought their expertise.  He has not been formally charged.

Why is this making things difficult for him?

The conservative politician’s campaign focused a great deal on morals and the accusations published by Le Canard are not consistent with that.

How are French people responding to the allegations?

Some Republican supporters are angry that Le Canard published the story and the paper has received threats.  They had five years of a Socialist president who they feel did very little for them and prior to that, Sarkozy (who is presently under investigation for receiving illegal funding to fund his 2012 re-election campaign).

What about the other candidates?  Have they any scandals to their name?

Le Pen is embroiled in one also.  She has missed her deadline to reimburse 300,000 euros to the European Parliament for allegedly using money to pay her bodyguard and members of her own party, Le Front National (the National Front).

What about Macron?  He seems pretty squeaky clean at the moment …

It only remains to be seen whether the young newcomer Emmanuel Macron will be subject to a scandal himself.  Presidential campaigns cost money and there is always the issue of who funded them and whether that creates an unfair political bias in favour of the person who has provided the donation.  Macron has been lucky with his new political ‘movement’ (as opposed to party), ‘En Marche’, which means ‘Going Forward’ or ‘On the Move’.  He has the support of the media and has yet remained untouched by political scandal.  He has benefited much from Fillon’s ‘fall from grace’ and indeed from the election of the very left wing Socialist Party leader, Benoit Hamon, who beat former Prime Minister Manuel Valls in January’s Socialist primaries.  Macron now stands to gain voters from the centre-left pitch.

Macron is predicted to make it to the second round on 7 May and comfortably see off controversial Front National leader Marine Le Pen by scooping 65% of the votes (Sky, 13.2.17).

An ‘Opinionway poll showed Le Pen would get 42 percent of votes compared to 58 percent for Fillon if the scandal-hit Fillon made it through to the second round – Le Pen’s highest second-round estimate by polls so far this year.

The rest of the poll had similar findings to previous surveys – with Le Pen coming out with the biggest number of votes in the April 23 first round, but then losing to either Macron or Fillon in the second round on May 7.

Le Pen had 26 percent in the first round, compared to 22 percent for Macron, and 21 percent for Fillon.

Macron, a centrist, would then be the likeliest candidate to take on Le Pen in the second round, with Macron expected to win with 63 percent of votes over 37 percent for Le Pen’ (Reuters, see below).

Watch this space.  My money is on Macron but if recent politics have shown us anything, it is that we have to be prepared for the unexpected.

Excellent. Btw, is there a link with ‘canard’, in English meaning a social foot in mouth?

Just desire to say your article is as astounding.
The clearness in your post is simply great and i could assume you’re an expert on this subject.
Fine with your permission allow me to grab your RSS feed to keep
up to date with forthcoming post. Thanks a million and please carry on the gratifying work.