Freedom of Expression and Assembly in Hong Kong: The continuing ‘repression of young democrats’ is ‘unwise and shameful’, says Paddy Ashdown

Home / Articles / Freedom of Expression and Assembly in Hong Kong: The continuing ‘repression of young democrats’ is ‘unwise and shameful’, says Paddy Ashdown 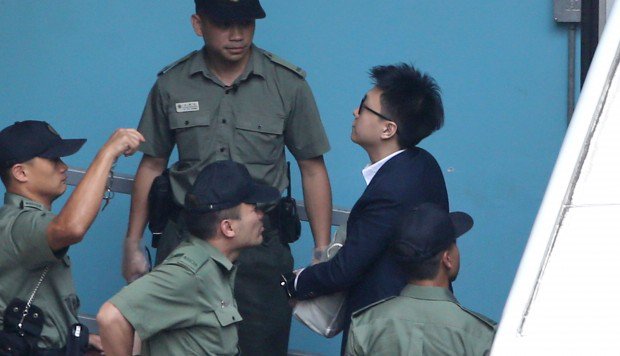 Freedom of Expression and Assembly in Hong Kong: The continuing ‘repression of young democrats’ is ‘unwise and shameful’, says Paddy Ashdown

‘When I talk with young activists from Hong Kong, they are increasingly demoralised. They have taken to the streets to call for their democratic rights but have been met with repression; repression facilitated by colonial laws and the near silence of Britain’.

Mr Ashdown has written a piece in the FT this week challenging Britain’s antiquated colonial laws and their oppressive use by the governments that inherited them.

Edward Leung, a 27 year old political activist in Hong Kong (pictured above), has been sentenced to six years in prison this week for ‘rioting’ in the Mong Kok protests of February 2016 (FT, 13.6.18). According to the South China Morning Post, this is ‘the second most severe punishment handed to a Hong Kong protester since public order laws were introduced in the 1960s’ (SCMP, 12.6.18).  He was already in prison after being sentenced to a year for assaulting a police officer during the protests (Guardian 10.6.18).

Edward Leung is one of the leaders of a movement in favour of separation from China. As a result of his support for independence, Leung is barred from standing in legislative elections.

Two other protesters were sentenced: one for 7 years and one for 3.5 years. Another 16 are already in prison as a result of their involvement in the protests but Leung is the best known activist among them.

Mr Ashdown points out that a police officer was given a shorter sentence than these for raping a woman in her hotel room.

Former Hong Kong governor Chris Patten has also criticised Leung’s harsh sentence. During his tenure in the 1990s, he attempted to reform the legislation, saying that they were ‘open to abuse and do not conform with united Nations human rights standards’ (FT). Here are Mr Patten’s comments on the verdict in the South China Morning Post earlier today: http://www.scmp.com/comment/letters/article/2150927/chris-patten-feels-edward-leung-would-he-have-felt-same-about

What was the law and why is it still used?

The Public Order Ordinance legislation was passed by the British colonial  government during leftist riots in 1967. It gave police the power to arrest rioters and ‘outlawed any gatherings of three or more people without police permission’ (SCMP, 10.11.12). Anyone who did want to hold a protest had to inform police beforehand and it was up to them to permit or deny it; a bit like applying for a licence from your local council to have a big party. Since the territory rejoined China in 1997, any (static) public gatherings of 50+, or (moving) processions of 30+ have to inform police 7 days in advance. One tactic the police use is to withhold permission until the last minute, thereby having the effect of reducing participation.

The public order law has been amended several times since then but has always been controversial as it restricts people’s freedom of expression and assembly.

In 1986, the colonial government gave themselves power to take control of newspapers and other publications and put them out of print. If this happened, the government just blamed it on propaganda and said that it could have led to public disorder. It was left to the government to decide what was and wasn’t ‘fake news’.

There have been several occasions, under both British colonial and Chinese rule, when public order legislation has been used to clamp down on protest in Hong Kong: 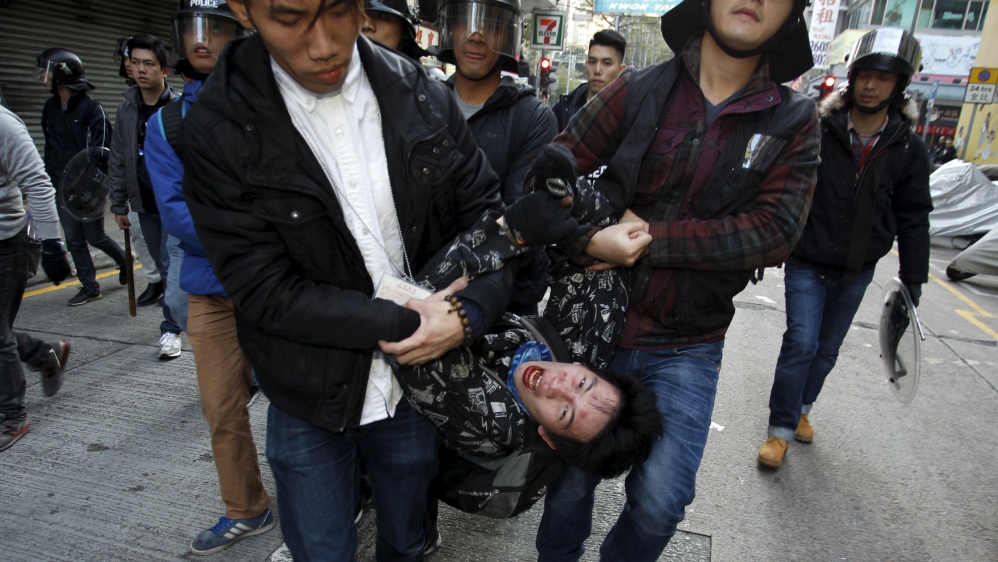 Demonstrators hurled bricks and set rubbish alight in Mong Kok’s commercial district. The protests began as a small rally that was intended to protect ‘illegal hawkers from health inspectors’ (Guardian, 10.6.18). Basically, street food vendors were being hassled by the police and the ensuing protests took the name ‘Fishball Revolution’ as fishballs are one of Hong Kong’s best loved street snacks. The street vendors had set up in preparation for that night’s Lunar New Year celebrations. In the past, authorities had turned a blind eye to unlicensed street vendors but on this occasion, they decided to take a tougher stance. As police moved in, the street vendors started throwing bottles and paving stones; only to be met with pepper spray, batons and warning shots in the air. Whilst police in Hong Kong are armed, the firing of their weapons is rare.

The unrest morphed into something bigger as people took advantage of the situation to vent their anger against the authorities in Hong Kong. 90 people were injured and 54 arrested.

Leung said that they were not attempting to incite riots but wanted to protect Hong Kong culture (Al Jazeera, 11.6.18). The protests were spearheaded by radicals who favoured independence from mainland China.

Under Chinese rule: The Occupy Central Movement, 2014 (the ‘Umbrella’ Revolution) 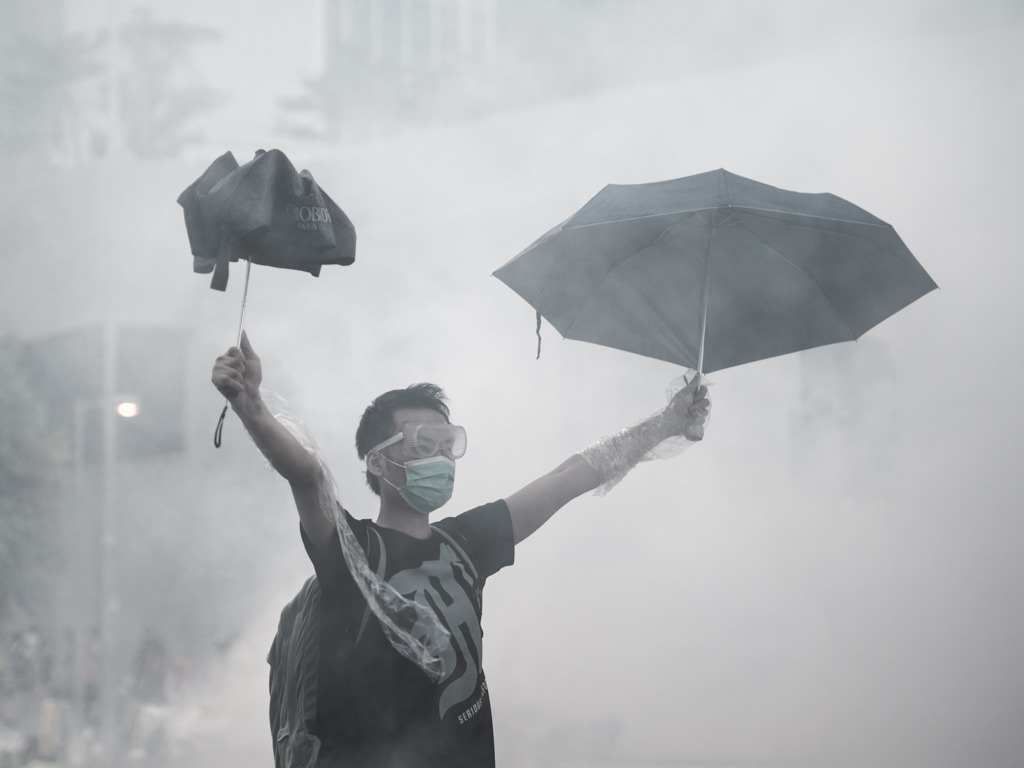 These were pro-democracy rallies that began in Hong Kong on 28th September 2014. Protesters were non-violent and used tactics such as blocking roads, in order to paralyse the financial district. Their objective? They wanted Beijing to implement a voting system of universal suffrage for the 2017 chief executive election and the 2020 Legislative Council elections. Benny Tai Yiu-ting, a law professor at the University of Hong Kong, was behind the movement.

You can find more information about these protests here: http://www.makemeaware.com/china-hong-kong-one-country-two-systems/

Under British colonial rule: Left-wing Protests, May to December 1967 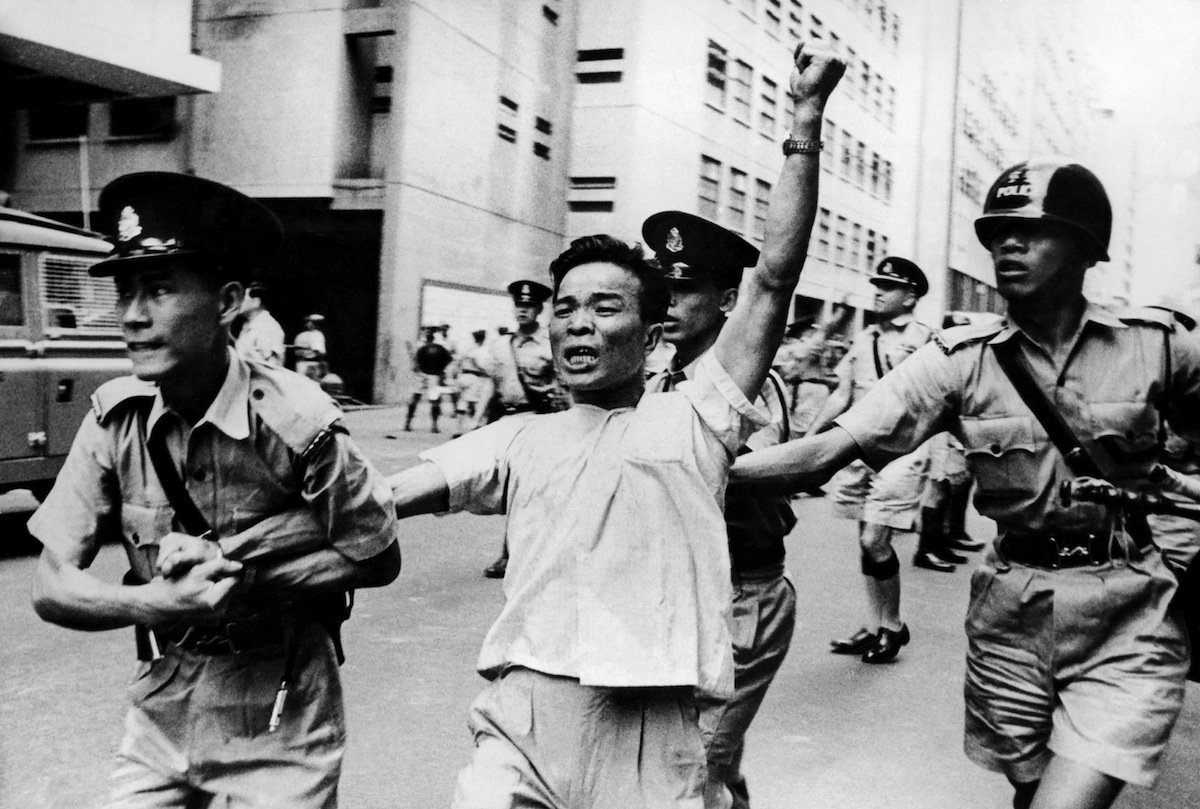 Basically the effects of the Cultural Revolution that had begun in China in 1966 were now being felt in Hong Kong. People were losing their jobs and there were many labour disputes as they had no job protection. Those who started the protests were factory workers who were striking over low wages and job cuts. To suppress the protests, the police used batons and tear gas. Some of the protesters resorted to the use of home-made bomgs. Some were disguised in parcels and on one occasion, children would pick them up to pay with them; two siblings died on 20th August 1967: an 8 year old girl and her 2 year old brother. They were playing near their house. Policemen were also killed. In December 1967, the riots stopped and some major social reforms were established. While some may view it as a success as it did lead to reforms, 51 people died in the process.

‘We should  be advocating change. Instead we are quiescent’

According to Mr Ashdown, Hong Kong’s ‘punitive use of this outdated common law charge from the British colonial era does not reflect well on the Hong Kong government, which claims to be signed up to UN human rights standards’ (FT). Although the UK government have an obligation to promote human rights in Hong Kong, in this matter, they have so far not uttered a word. While still leader of the Liberal Democrats, Mr Ashdown flew to Hong Kong in 1989 to participate in the Tiananmen Square protests.

Paddy Ashdown for the FT: ‘Britain must denounce abuse of colonial laws’, 13.6.18:

Slate, ‘Hong Kong’s #FishBallRevolution is about much more than Fish Balls’, 9.2.16:

Taken from the SCMP, (article also cited above):