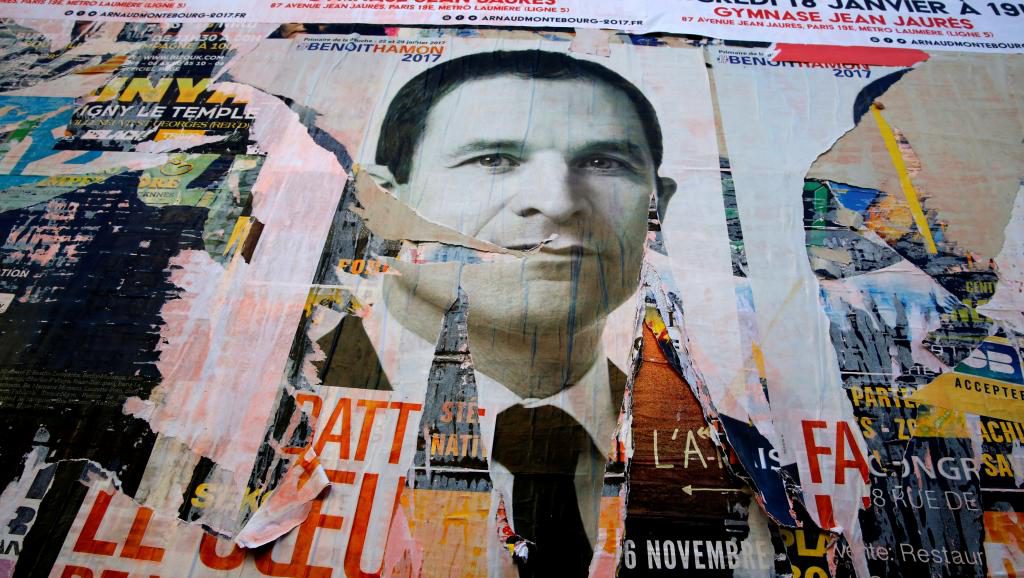 Today is Friday.  The first round of presidential elections in France takes place on Sunday. Most of the campaigns have now ceased although the far left candidate Jean-Luc Melenchon is still at it.  He’s doing quite well after that last 11 man debate with his fiery alternative rhetoric and has come up to match Francois Fillon in joint 3rd place. That was until last night, when their final stint on television was cut short by a terrorist attack in Paris.  In said attack, one policeman died, two were injured and a female passer by was also wounded on the Champs Elysees.  The attacker was subsequently apprehended and shot.  The broadcast of brief 15 minute interviews with each of the presidential candidates (as opposed to the last mammoth debate) was interrupted to announce news of the attack.

So let’s look at things since last night’s attack

Fillon, Le Pen, Macron and Hamon all cancelled events planned for today and instead made televised statements about how they would fight terrorism.  Melenchon said he would not cede to ‘panic’ and would continue with his plans for the day.

The attack has since been claimed by the Islamic State.

Immediately after the attack, Le Pen reiterated her calls for border controls and a crackdown on radical Islam. Macron said her plans were ‘nonsense’ and he would improve intelligence with a centralised anti-terror force. Fillon wanted greater cooperation with Russia and Iran.

Melenchon said the best answer was to show France would not give into violence and that he would go ahead with a drinks party for supporters in Paris on Friday evening (Bangkok Post).

What are the economists thinking?

According to them, the best case scenario for markets would be the elimination of the two extremist candidates, i.e. Melenchon and Le Pen, and a battle between Fillon and Macron in the second round.  For them, the worst case scenario would be a contest between Melenchon and Le Pen.  If Melenchon were to appear in the second round against either Le Pen or Fillon, this would create a bit of havoc in the markets as it is (a) less expected and (b) assumed that he is preferred, according to the polls, to either of the two.  Remember that the French vote first with their hearts (in the first round) and second with their heads (to get the one they really don’t want out of the running).  Despite Le Pen’s popularity, no French person I have actually spoken to wants her to win and they would vote anything but.  Then again, no one admitted to voting for Trump before the American elections either and look what happened..

Marine Le Pen is expected to take about 22% of the vote in the first round of the election on Sunday and Emmanuel Macron is slightly in the lead at 25%.  These figures taken by the FT were from the Harris Interactive polling results released on Thursday.  Fillon and Melenchon are expected to take 19% each so come in joint third place.

According to Opinionway, the French presidential poll tracker that I usually use, latest figures (as of today, 21.4.17), are as follows:

Fillon has gone up after last night’s attack; he’s now at 21%.  I suspect that by tomorrow he will be up even more.

They estimate a Macron -v- Le Pen run off in the second round with Macron taking 64% of the vote to Le Pen’s 36%.

First round.  This Sunday, 23rd April.  Polling stations open across France at 8am and close in small towns at 7pm and bigger towns at 8pm.  By around 9pm, the results should be known.  French people in the UK can still vote, though according to one French man I was speaking to last night (Bertrand – he’s from the Loire valley and likes Fillon), he’ll have to queue up for some time to do so.

Second round.  Sunday 7th May.

A few bits of interesting information

Historically, France has always had two very strong candidates from the two main parties with at least one of those making the second round.  The difference here is that this time around, it is not beyond reasonable doubt that the two main candidates may be eliminated with the two outsiders taking centre stage come 7th May.

Electoral turnout in the past for the first round has been usually been around 80%.  Many more may be undecided this time around and as such, may just abstain.  Hopefully when it comes down to it, they’ll turn up for the second round though when faced with what they might be getting.  That is unless passions have flared since last night’s attack and they turn up in their droves.

A bit more on the candidates

While Macron has done very well in the polls and has taken a marginal lead against Le Pen, he does not have the loyalty base amongst the French electorate that the more long standing candidates, Fillon and Le Pen for example, have managed to amass over the years.  He is a refreshing change but has no experience to date and has yet to prove himself.

Fillon, despite the scandal, may resume some supporters in the cold light of day for those who prefer the more experienced candidate.  ‘Should I vote for the man or the programme?’ one voter said in today’s (printed) FT.  Another said that he has been with Fillon from the start with the fake jobs scandal being a ‘diversion’ from the main issues.  The FT also quotes a lecturer at the famous Sciences Po university in Paris as saying: ‘It will be a test of whether people care more about the person or the programme’.

Since last night, Fillon has gone up a notch as he takes a tough line stance on crime and immigration.  Despite his abuse of public funds scandal, this might prove to be our saving grace from Le Pen.  There’s no telling in politics these days, as you know.

Both Melenchon and Marine are anti-EU but one is far left and one is far right.  Melenchon has proposed a 100% tax rate on top earners and 90% on those earning 200,000 euros or more.  This is not going to be popular with the top earners.

If Le Pen did win?

Even if Le Pen does win, she will still have restricted powers as she will need a parliamentary majority so unless she’s planning on doing an Erdogan and basically getting rid of the checks and balances system and the role of parliament, she’s in for a tough time and would end up having to negotiate and come down several notches; more notably, probably, her desire to leave the euro and reinstate the French franc.  This would be a financial disaster.  Without a parliamentary majority, Le Pen would have to form a coalition government and would have to select a Prime Minster from the majority party, whereupon she would have to share her powers with him.  In this scenario, the powers of the French President would become ‘neutralised’ (or reduced) and greater power would then be transferred to the Prime Minster: the one with the parliamentary majority.  In a way, the current roles of the President and the Prime Minister would be reversed with the latter become the more powerful of the two.  The Prime Minister would look after the domestic agenda, i.e. France; and the President would look after the international one but with some restrictions on foreign policy.  There has been much talk of Le Pen holding referendums on ‘Frexit’ should she become elected but in a coalition government, that referendum would have to be proposed by the Prime Minister, not her.

Should she refuse to accept to govern in a coalition, she would be forced to resign.

There’s a bit more information about this eventuality in the Stratfor article I have listed in my sources.

All the rich people will leave France!

As I sat here reading through this before posting it, I was listening to the PM news show from 5-6pm on Radio 4 covering the main news of the day.  One of the people interviewed on the street in France after last night’s attack said they thought that ‘the person who wins most votes in the election will be the person who speaks the most about security’.  One of the suggestions put forward by another was that the government devolve more power to the local governments/local police and give them more power to investigate and gain access to information without having to continually ask for permission to do things.  They do not know who is on the secret service watch list, not even the mayor of the French cities, let alone the local police.

The perpetrator of the attack had been jailed previously in France for trying to murder two French policeman but the police say that there was no evidence that he had been radicalised and was therefore a terrorist threat.  He served 12 years of a 20 year sentence.

Bangkok Post, 21.4.17, on the campaigners’ response to the attack last night:

Further in-depth analysis on French Presidential elections from Stratfor, 21.4.17, (in English, you’ll be glad to know).  Gives in depth profile of what each candidate stands for and what would happen in the event of a coalition government:

A very good article from Foreign Policy, 20.4.17, on the 4 strongest candidates.  No mention of the attacks as this would have been written prior:

The Economist, 21.4.17, An attack in Paris makes the French election even more unpredictable:

The Guardian, 21.4.17, Was the Paris an Isis attempt to influence the French election?

The Guardian, 21.4.17, Shadow of terror hangs over France as polls prepare to open:

The pace is picking up. I would have thought anyone with Moslem fundamentalist sympathies would be rooting for Le Pen in to encourarage a hard line anti Moslem govt line to produce a backlash among Moslems