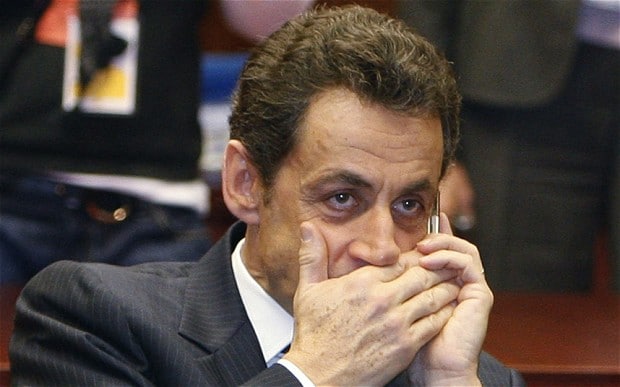 What’s going on with Sarkozy?

Like Fillon, he’s also under investigation.  In Sarkozy’s case, for spending too much on his unsuccessful 2012 re-election campaign.  There is a legal limit for campaign funds and that is £18.5 million.  Sarkozy’s team spent more than £33 million, apparently; almost twice the amount permitted.

Sarkozy’s home that he shared with his third wife, supermodel Carla Bruni, was raided shortly after he left office 4 years ago.  In French law, the President is immune from prosecution whilst is office; hence why they waited until he stepped down.

Sarkozy is also under investigation for corruption.  It is alleged that he may have attempted to bribe a judge into leaking inside information.

What is Sarkozy’s legal argument?

Sarkozy’s lawyer, Thierry Herzog, claims that his client was unaware of the overspend because he was not involved in the details of his campaign finance.  Bygmalion, a PR firm, handled his campaign and the case has been dubbed the ‘Bygmalion Affair’.  A Telegraph article said the following: ‘bills for the former president’s campaign were passed off as invoices for party meetings in order to skirt round France’s strict limits on campaign financing’ (Telegraph, 27.5.14).

I tried to put a caption onto the featured image but couldn’t do it; I rather liked the thought of him whispering down the phone to his lawyer: ‘Hey Thierry, tell them I didn’t know anything about the money…’

Yes, that’s the one presently chasing Fillon around the bloc.  Investigation into the ‘fake job’ scandal.

Has any other French President been found guilty of something similar?

In 2011, Jacques Chirac received a two year suspended prison sentence when he was found guilty of using public funds to fund his party; another ‘fake jobs’ scandal.  Chirac was President from 1995-2007.  During this 12 year period, he was immune from prosecution.  The scandal involved the period in which Chirac was mayor of Paris when more than 20 fake jobs were created in order to fund Chirac’s right wing party.  In October 2009, Chirac was named named ‘France’s most popular politician, with a 76 per cent approval rating, according to an Ifop poll for Paris-Match magazine’ (Independent, 31.10.09).  Sarkozy only got 44%.

Alain Juppé, former Prime Minister, was convicted in 2004 for corruption during his time as a mayoral deputy to Chirac. Juppé was given a suspended jail sentence though many think that he unfairly shouldered the blame for his boss (Independent, 31.10.09).

What happens if Sarkozy is found guilty?

He could face a year in prison if convicted, as could Francois Fillon.  At least Chirac’s sentence was suspended and so he didn’t actually have to go to prison.

On a lighter note…

Just as well French politicians aren’t charged for infidelity, otherwise investigations of former French presidents would be rife!  Francois Hollande had a fling with the French actress Julie Gayet.  Francois Mitterrand also had a few flings during his Presidency (1981-1995).  Chirac had affairs too.  Sarkozy entered office while he was married to Cecilia Ciganer-Albeniz and almost a year into his term, divorced her to marry former model and Italian singer Carla Bruni.  He had an affair with her first.  Incidentally, he had an affair with his second wife Cecilia while he was still married to the first: Marie-Dominique Culioli (Telegraph, 9.3.10).  In an interview with Elle magazine, Bruni said that she took fidelity very seriously and would slit Sarkozy’s throat and cut off his ears if he was unfaithful: ‘Je pourrais en arriver à commettre des actes extrêmes comme de lui couper la gorge ou les oreilles pendant son sommeil, par example…’ (French Elle, 3.7.16).  This, of course, was said in jest; neither one has been a a great aficionado of fidelity.

Reuters photo, reprinted in The Telegraph: