French Politics: Update in the polls as of today, 2nd March 2017, and ‘The Macron Agenda’, as of this morning

Home / Articles / French Politics: Update in the polls as of today, 2nd March 2017, and ‘The Macron Agenda’, as of this morning 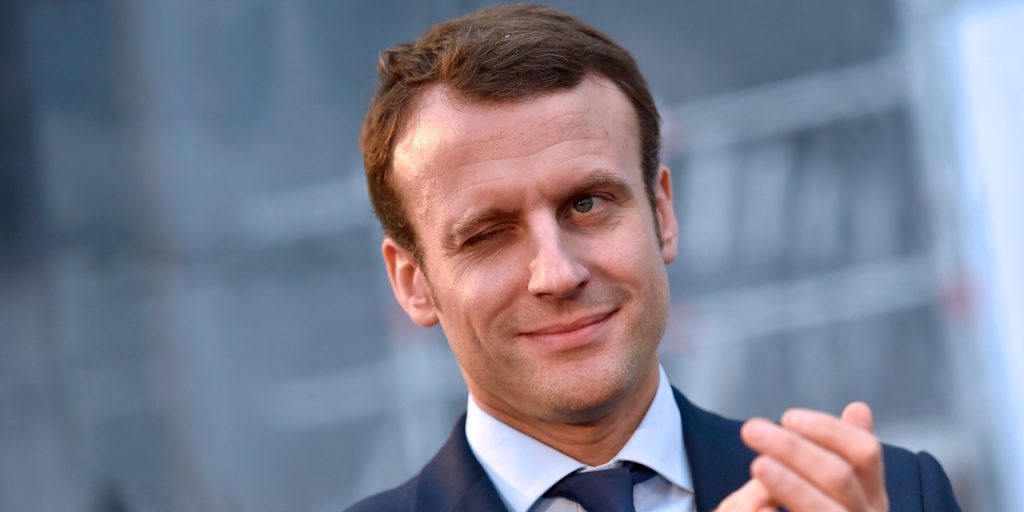 French Politics: Update in the polls as of today, 2nd March 2017, and ‘The Macron Agenda’, as of this morning

Elba has produced a poll for Les Echos and Radio Classique.  I am listening to Radio Classique right now on the internet and it’s actually quite nice: a bit of Bach on the side. From a quick glance, it looks like the polls are updated regularly.  The poll is in French but it doesn’t stop you from seeing the figures.  Bloomberg also do a running poll of the French electorate’s voting intentions but you have to be a corporate subscriber to gain access to that, so the ones for Les Echos and Radio Classique should do just as well.

Here are the figures as of today, 2 March 2017.  I have translated the headings for you:

(The following is based on a run off between Fillon and Le Pen, a bit unlikely at the moment)

There’s a few other figures mentioned in the polls but these are the main ones.  As you can see, neither one of the two traditional parties, the Socialists or the Republicans, are expected realistically to make it to the second round.  The poll has nonetheless included two scenarios for the second round: one including Fillon, just in case some miracle happens, and one with a face off between Marine and Macron.

As a mere minion trying to keep myself afloat in the shark infested waters of independent journalism, I do have access to some of the Bloomberg articles (and so will you, therefore).  They are actually quite a useful source, although the FT is still my favourite.  I refer to one of their articles from earlier today during which they provide a useful commentary on Macron’s 2 hour speech this morning; you will find the link below.  The article addresses an issue of substantial importance:  Macron’s lack of policy.  You can read the whole Bloomberg article yourself and, unlike my two links to the poll, it’s in English.  I have also had a look at the French coverage from Les Echos of Macron’s speech this morning and have tried to interlace the two.  I think I’ve got most of it covered, even though my French is a bit on the rusty side.

The Bloomberg article refers to 6 main points but I actually found more detail in the report by Les Echos.  I have listed Bloomberg’s six and then flung in a few more underneath.  Here are the main points:

Macron’s 6 point agenda (according to Bloomberg there are 6, but I’ve padded these 6 out with a bit of extra detail from Les Echos).

I personally would add the following headings to the 6 above:

The energy sector and the environment:  Macron wants to invest 50 billion euros in renewable energy.  He also wants to introduce subsidies for people to buy less polluting cars.  He’s ear marked about 15 million euros for this, according to Les Echos.

The social agenda: Big one in France this; it’s why the left have always done so well.  I’ve covered the retirement age and pensions above.  Macron also has plans to renovate the housing sector, a big problem that we face in the UK.  He has to be careful to make sure that he responds to the working class electorate and not just focus on corporates, the educated elite, those who fund him and those who operate within his inner circle.  I would include access to healthcare under this heading.  Macron proposes reimbursing money spent on eyes (glasses) and teeth (visits to the dentist) as there is very little coverage in France for this at present.  He also proposes spending some 5 million euros on building more health centres, thereby increasing the amount of coverage to those on the periphery.

Investment in domestic research and development: Macron supports medical innovation.  That’s about all I got on this one.

Rights to freedom of religious expression: Macron wouldn’t extend a school ban on Muslim-style headscarves to universities, but he would dismantle any group using religion to justify not respecting French law and would strictly enforce the equality of the sexes, irrespective of religion.

Culture: Macron wants to subsidise access to culture, thereby making cultural events more accessible to all.  The French are already more cultured than us.  I suppose you could include this idea in the social agenda; possibly even education, but I’ve decided to do a separate heading for it.

It will be interesting how Macron proposes financing his ideas but finance is not really my forte.  Let’s hope that with his experience in the banking sector, it’s more his.

Further updates on the political situation in France to follow, as and when things change.

Here is a link to the Macron agenda in his 2 hour presentation this morning.  I will warn you, it’s in French.  But it’s here of back up and there’s a little video of him speaking too:

Here’s The Guardian’s coverage of Macron’s speech this morning.  I haven’t read it yet as I’ve already done my research.  However, it’s another English resource for you.  Don’t say I don’t have your best interests at heart:

3 Comments On French Politics: Update in the polls as of today, 2nd March 2017, and ‘The Macron Agenda’, as of this morning

Excellent, you nanage to convey some of the excitement of the election

Thanks for sharing the best posts they very nice and very help us. You made a good site and giving us such a great information on this topic it’s very interesting one