Fruitless Years Rowing Over Macedonia – but an end in sight?

Home / Articles / Fruitless Years Rowing Over Macedonia – but an end in sight? 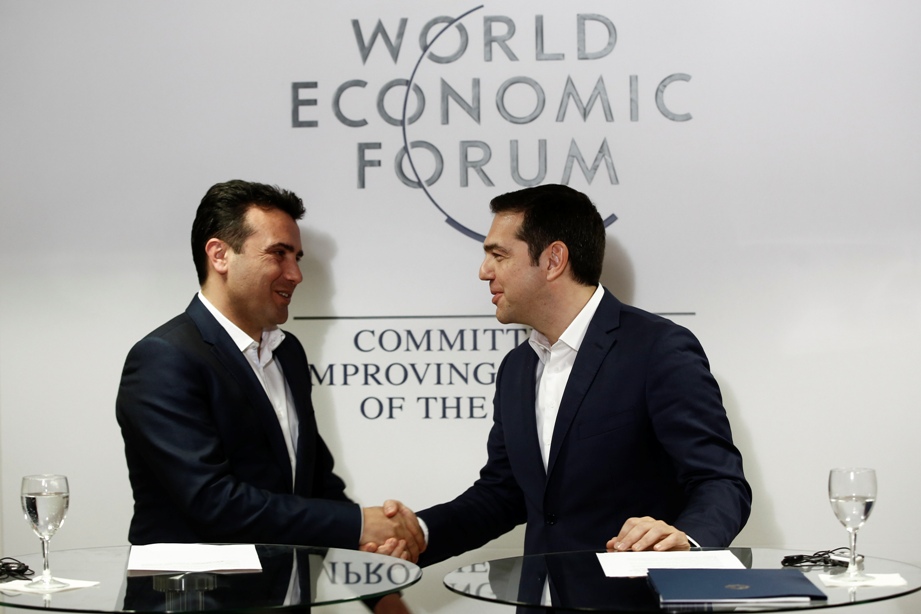 Fruitless Years Rowing Over Macedonia – but an end in sight?

On 24 January 2018 Prime Minister Zoran Zaev of Macedonia announced that the country’s main airport would be renamed. Such decisions only rarely have international implications, but the move took place after a meeting at Davos between Zaev and his Greek counterpart Alexis Tsipiras and was a calculated move in one of Europe’s more intractable international quarrels. From henceforward, what had been ‘Alexander The Great airport’ would become known more simply as Skopje airport, and an Alexander The Great highway would be renamed after international friendship.

In the present day, most people (including this article) use the name of Macedonia to refer to the small republic whose capital, Skopje, is situated between Serbia and Greece populated by 2 million people, mostly of Slav Macedonian identity but with an Albanian ethnic minority.

‘Macedonia’ has been applied to differently defined areas over the years. The 1860s boundaries under theOttoman Empire included both the current country and a large swathe of northern Greece. 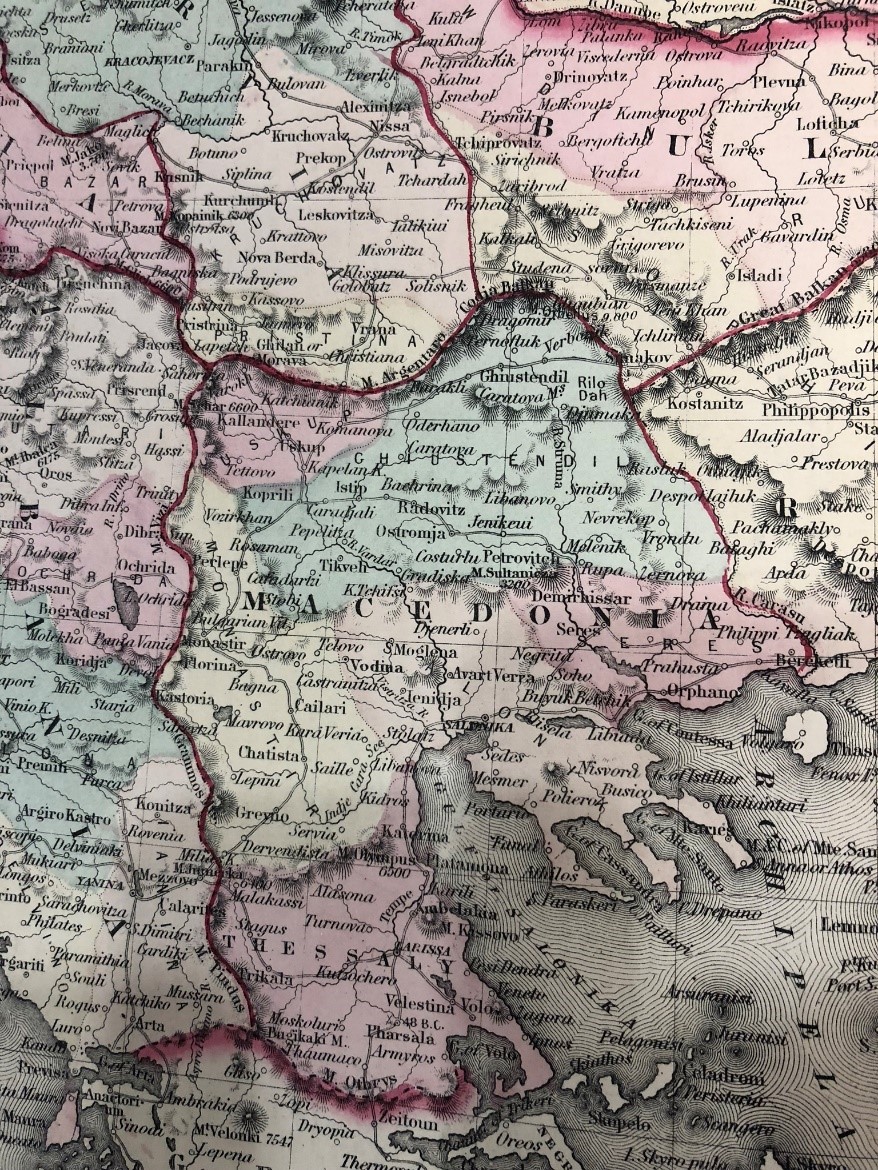 Why does Greece have a problem with Macedonia?

The name of Macedonia has powerful cultural resonance in Greece. Greece is proud of having had a sophisticated civilisation since ancient times and ‘Macedonia’ is very much part of that story. Both Macedonia and Greece regard Alexander the Great as a national hero. The province of Greece around its second largest city, Thessaloniki, is known as Macedonia. To some in Greece, the country calling itself Macedonia is objectionable because they regard it as making a claim on the territory of northern Greece, and because they regard present-day Macedonia as being a Slavic state like Bulgaria and Serbia while the name of Macedonia is associated with Greek history and culture.

The origins of the Macedonian Question

The ‘Macedonian Question’ was an international problem in the late 19th Century – the Ottoman Empire was being pushed out of south east Europe by new nation states – Greece, Serbia and Bulgaria. International tensions ran high around Macedonia in the years before 1914 when Greece, Bulgaria and Serbia first went to war against the Ottoman Empire and then against each other about how the newly conquered territories were to be divided up.

The new states fought among themselves because most of south eastern Europe had populations that were mixed in terms of national identity and religion, so more than one country could have reasonable claims on the same piece of land. Wars to control mixed areas could be particularly brutal; while ‘ethnic cleansing’ is a term from the Yugoslav wars of the 1990s the same thing was going on in and around Macedonia in 1912-13. 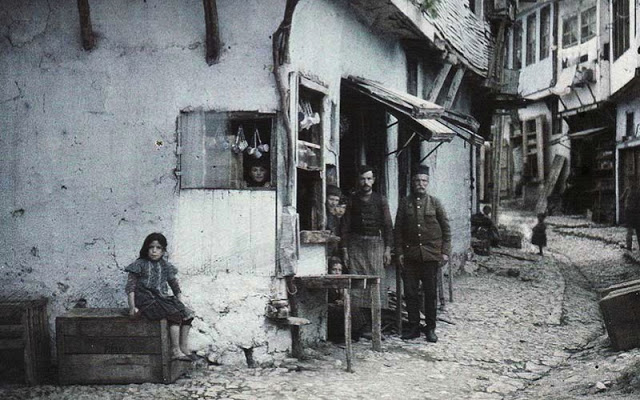 Macedonia in the 20th Century 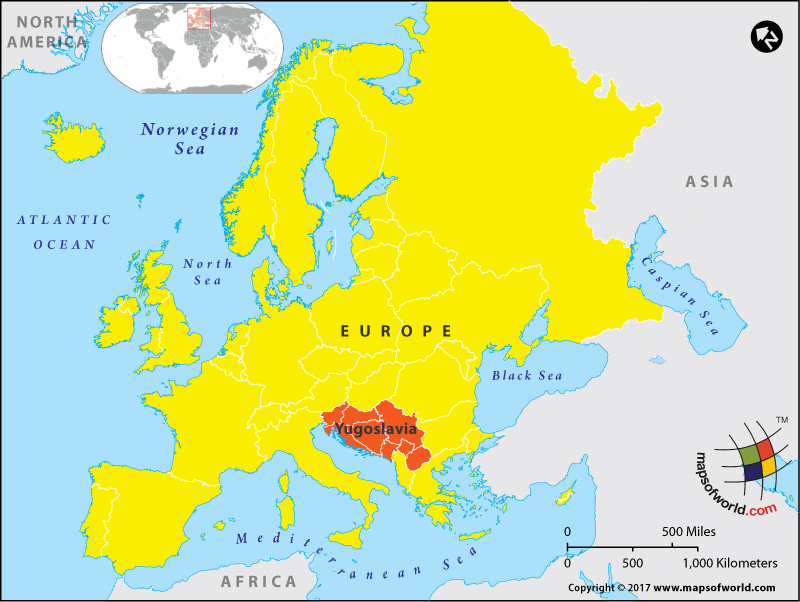 Macedonia’s international recognition was held up because Greece objected to the name. A compromise allowed it UN membership in 1993 under the peculiar name of ‘Former Yugoslav Republic of Macedonia’, often abbreviated to FYROM. However, Macedonia is still in a difficult position because it does not have a fully recognised name and Greece has blocked it from joining the European Union and NATO.

Attempts to achieve a compromise agreement between Greece and Macedonia have progressed painfully slowly. For many years Greece would not accept that its northern neighbour could use the word Macedonia anywhere in its name, but relaxed this insistence in 2007 and are now prepared to accept a name that is a modified version of Macedonia (e.g. Vardar Macedonia). At that stage the Macedonians were unwilling to offer concessions the Greeks wanted, but in January 2018 they have adopted a more conciliatory tone. 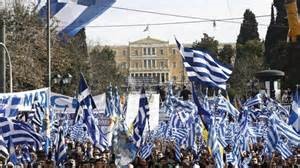 Whilst the two governments would like to be more flexible they fear that domestic political opposition would exploit and worsen the nationalist quarrel. The Greek government is left wing but its parliamentary majority depends on an agreement with a more nationalist party that is reluctant to make concessions to Macedonia, and in turn fears being outflanked by extreme nationalists within Greece. There have been demonstrations in northern Greece prompted by the warmer relationship with Skopje, and although Greece has started to recover economically it is still suffering badly from the recent crisis. Zaev’s government in Macedonia also has cause to fear its own nationalists and only has a narrow majority over the opposition.

The broader significance of Macedonia

The present Macedonian government recognises that their country is poor and vulnerable and wants to join the EU and NATO for economic development and national security, but past governments have been interested in building their relationships with Russia and China. Most EU and NATO countries want to avoid a situation where Macedonia turns eastwards again, and to reward the Zaev government for its western orientation rather than risk an increase in Russian influence.

Does a name really imply a claim to extra territory? What other examples are there?

Many, including the Macedonian government, would argue that there are several places around the world where a country’s name could be taken as expressing an ambition to pinch territory from its neighbours. 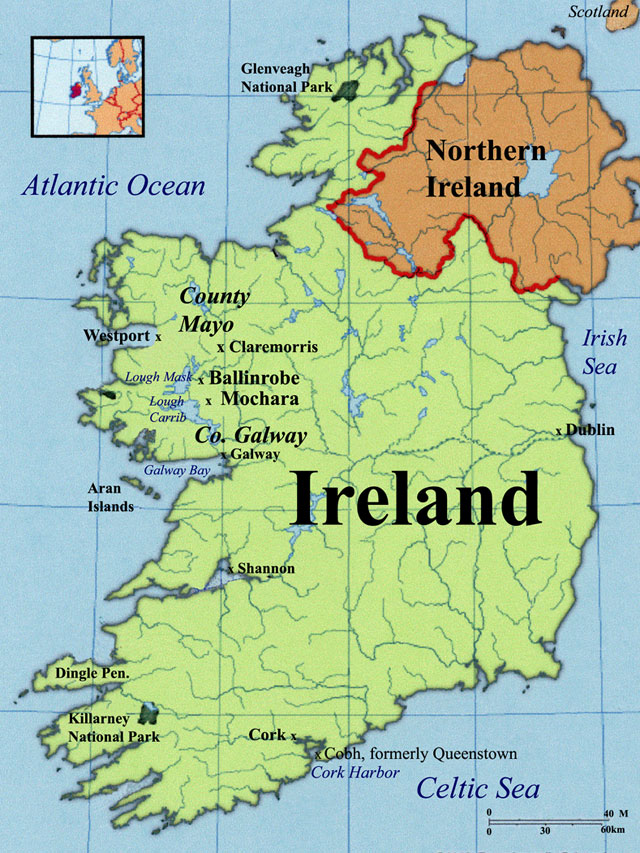 How will it end?

The prospect of an agreement to allow Macedonia to join Europe properly, and for the country to have one proper name rather than a disputed one and an increasingly absurd one (‘FYROM’) for official United Nations purposes, is better than it has been in over ten years. There is willingness in Skopje and Athens at least to talk, which has not always been the case. But the domestic politics in both countries gets in the way, and the Tsipiras government in Greece is well aware that elections are due by October 2019 and that riling up nationalist opposition could lose the government popularity and at worst cause civil unrest. It is a hopeful moment for everywhere that calls itself Macedonia, but only a committed optimist can believe that a permanent settlement is around the corner.

Principal source: Antonia Colibasanu ‘In the Balkans, the Power of a Name’, Geopolitical Futures

Economist 6 February 2018 ‘Might the question of what to call Macedonia finally be resolved?’

3 Comments On Fruitless Years Rowing Over Macedonia – but an end in sight?

MACEDONIA: how to get a massive majority but still 'lose' a referendum - Make Me AwareMake Me Aware Reply

[…] The country has been known to itself, and to most of the rest of the world, as Macedonia since its independence from Yugoslavia in 1991. However, Greece has objected to this name on the grounds that “Macedonia” implies a claim to the northern Greek region that shares the name, and appropriates an aspect of Greece’s culture and history. As a result, it has been recognised at the United Nations as ‘the former Yugoslav Republic of Macedonia’ (FYROM) since independence in 1991. We wrote about the long historical background to the dispute here. […]