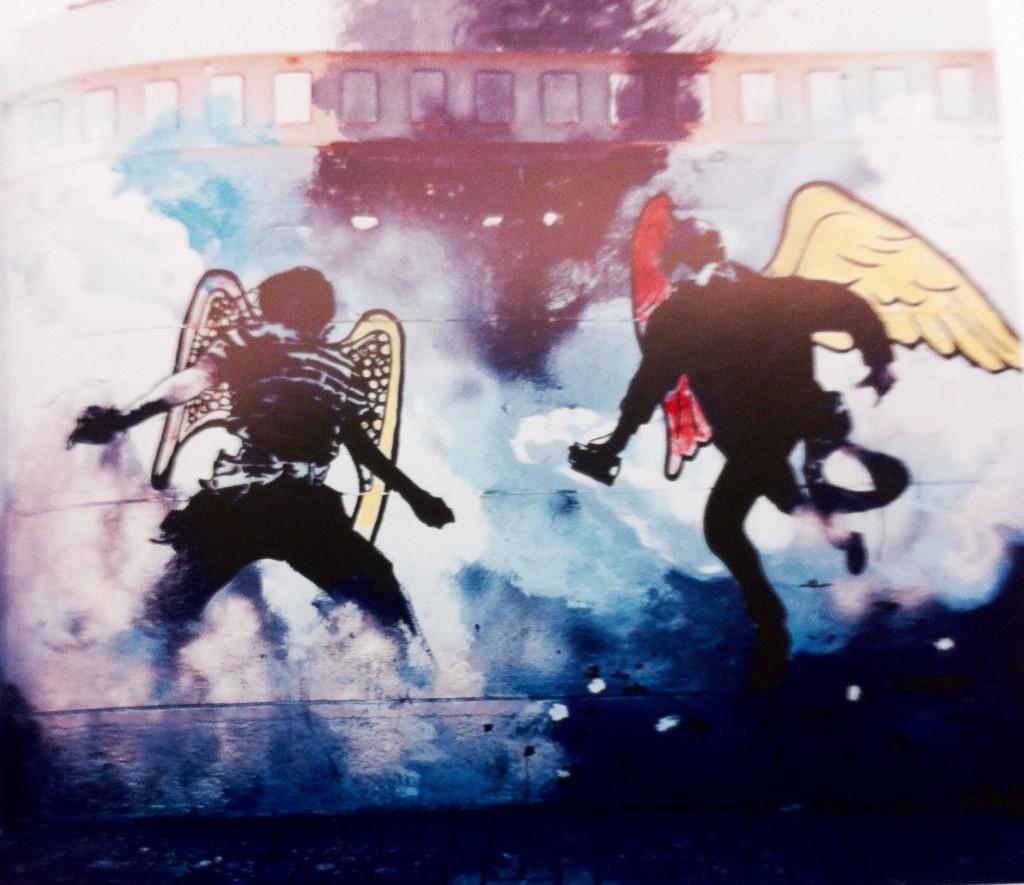 Graffiti, or street art, is something we have all seen-it can be found on almost every street, either small signatures on the back of a postbox or enormous designs on some long-abandoned wall. Seeing these inscriptions everywhere, we must come to a question-Is graffiti art for those without a canvas?

Spilling across the urban world, some graffiti is apparently meaningless, tags being sprayed across to make their mark on the world. In this sense, it may not be seen as art, but a rather destructive form of self-expression…or is it? For years graffiti has existed in more docile forms, such as lovers carving their names into trees or students doodling on their desks. In more extensive style, artists such as Banksy have made a name for themselves by creating protest art within urban spaces, the illegality of the art itself being a protest against the established system. This can also be seen in the skate park on London’s Southbank, street artists having drawn over one another’s designs countless times to create a collage of self expression from ceiling to floor. However, if we go by this definition and say that any drawing on a council wall may be seen as an act of protest, could the argument be made that all graffiti is protest art regardless of what it represents? Certainly some art is designed in such a way that it protest a certain thing, but in the very act of defacing public property, has the artist addressed the political system by showing a lack of respect for it?

It is a fact that many young people possess creative tendencies. However, these creative tendencies are often restricted by set curriculums, higher authorities and lack of space, money or time. It is also a fact that many young people feel strongly about certain issues the world faces, possibly being more objective than their elders through being newly initiated into the global system of politics. Keeping these two facts in mind, it follows that many individuals with creative tendencies, feeling frustrated with both the restrictions of politics and art, will lash out at the world through using it as their canvas, creating what they want where they want as an anarchic expression of personal power. A similar trend has arisen with tattoos-people often say that they decorate their body as a sign of ownership, that it is theirs to do with as they please and not some belonging of a higher authority. Restriction will naturally cause lashing out, and street art may be seen as the result of this.

2 Comments On Graffiti: Meaningless Scribbles or a Political Message?

No need for encouragement, Sam, an interesting and thoughtful article, Jasmine. More please