Middle East Politics: What Hope for Peace in Syria? 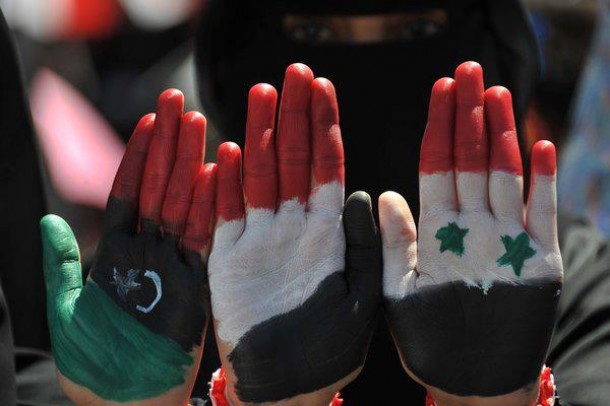 Middle East Politics: What Hope for Peace in Syria?

This morning before I left the house, I watched news of another hospital being damaged in rocket strikes in Syria and I saw images of children who had been injured as a result.  It saddened me deeply that in the five years since this war started, much of what Syrian children know about humanity has been illustrated in the horrendous theatre that we watch from a distance and they face on a daily basis: the ongoing theatre of war.

What hope then, for Syria?  Gideon Rachman wrote an article in yesterday’s Financial Times, the link to which I have posted below.

In this article, Mr Rachman points out that amidst the breakdown of the fragile ceasefire promises in Syria, there is still hope.  Last month Isis lost Palmyra.  If the same can be done and they are pushed out of their two remaining strongholds, Raqqa and Deir al-Zour, this would be a huge military gain in the fight against Isis and in weakening their position.  Rachman goes on to say that if the Syrian regime could enter into discussions with the non-jihadi rebels, peace could be in the offing.

The article focuses on the importance of cooperation between Washington and Moscow.  Washington, he says, should place less importance on overthrowing Assad and more on defeating Isis.  When the Russians initially embarked on air strikes in Syria, the US estimated that only 10-20% of those air strikes were targeted at Isis whilst the remainder were directed at other jihadist groups and moderate opposition groups.  This, Rachman points out, has now changed.

According to Rachman there are two options:

The second option, he attests, is less likely while Assad continues to remain in his position as head of the Syrian regime.  However, he does not rule out the possibility that Russia, who are long term Syrian allies, may weaken in their stance to Assad’s position being unthreatened in so far as they desire western recognition for their involvement in Syria.

Furthermore, Rachman says, cooperation in one area whilst there are disagreements in others is not necessarily out of the question: Washington and Moscow both cooperated with one another on the Iran Nuclear Deal amidst the crisis in Ukraine.

(The following is an article from www.syriauntold.com about Syria’s lost generation that may also be of interest).