Inspirations: The day I broke my neck

Home / Articles / Inspirations: The day I broke my neck 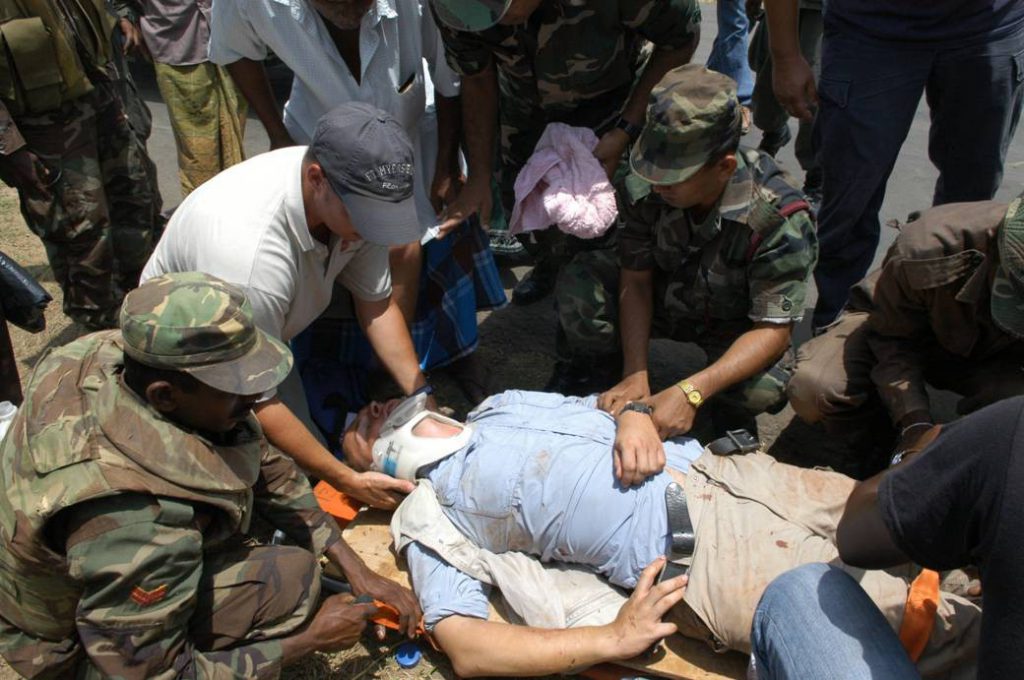 Inspirations: The day I broke my neck

The inspiring and very true story written by a colleague of mine, Peter Apps, a columnist for Reuters. I first met him at a talk he gave on the Future of War at Chatham House and he was by far the most charming of the speakers.

In brief, shortly after the tsunami hit Sri Lanka, Peter was out there reporting on the civil war between the Tamil Tiger rebels and Sri Lanka’s government. He was only 25 at the time and a recently trained journalist. This was 12 years ago.

Whilst reporting, the mini bus in which Peter was travelling crashed into a tractor and he was paralysed from the neck down. He said that he wanted to die:

‘My initial assumption after regaining consciousness had been that I was lying on a dead body – it was crumpled and unmoving. Then I realised it was wearing my clothes’.

Since that time, of more than 20 countries that Peter has reported from, more than half have been since his injury. He calls himself ‘one of the most disabled journalists on the planet’.

In 2014 he co-founded a think tank, PS21 (Project for Study of the 21st Century) and I have seen him chair talks at Chatham House and the House of Commons on the future of war.

He also advises the British Army on new and emerging forms of conflict and communications, including cyber warfare.

Peter continues to write for Reuters.

He is a true inspiration and although younger than me, has achieved far more than I have in my life to date and has gone through far more than I can possibly imagine, only to keep going and keep charming us all.