On 2 August the Bank of England announced that the base rate, i.e. the rate of interest at which it lends money to the commercial banks, would go up from 0.5 per cent to 0.75 per cent.

This may sound like a technical change, but it has a lot of influence on the way the economy works and will affect the situation people face when they borrow money, save, invest, buy imported goods or go on holiday.

What is the interest rate?

The interest rate is the amount that you have to pay to the lender when you borrow money for a period of time.

In everyday life people encounter different interest rates for different sorts of borrowing – the best (lowest) interest rates tend to be on mortgages on houses, while there are higher rates for personal loans from the bank, overdrafts, credit cards and of course from ‘payday lenders’. In general, the riskier the proposition the higher the rate of interest the borrower has to pay.

In the same way, if you have savings in some bank or building society accounts the financial institution will pay you some interest because you are effectively lending them money. You get a higher interest rate if you lend it to them for a long time than if you have the right to withdraw it when you feel like it. The longer the bank has your money, the more chance it has to invest it to make a profit.

Banks lend each other money and other financial assets all the time – this is part of the reason why you can use a cash machine operated by Barclays even if you have an account with Lloyds, for instance. This happens on a much bigger scale when large businesses or international financial arrangements are involved. 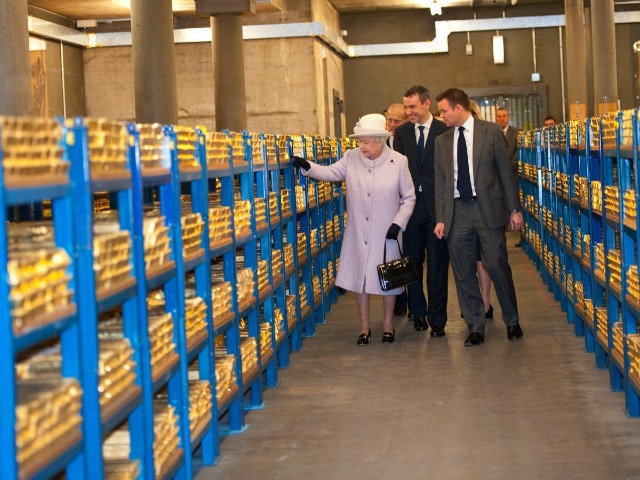 Governments have specialist financial institutions called central banks – the United Kingdom has the Bank of England, the United States has the Federal Reserve (‘the Fed’) and countries using the Euro have the European Central Bank (ECB). Central banks have so much money in reserve, and can print money when needed, so everyone has confidence that banks can cover what they have to pay because they can borrow from the central bank. Central banks protect ordinary people, so that if your bank fails you will not be out of pocket – transactions will be honoured and your account balance is guaranteed up to £85,000. This is a matter of European law and the amount could possibly change after the UK ceases to be under European regulations.

The interest rate that the Bank of England charges to the big institutions – “base rate” (sometimes called bank rate) affects the rest of the financial system. Banks borrow from the Bank of England at this rate, but there are many different interest rates for different sorts of transaction. Some mortgages for houses have a fixed rate, but others “track” base rate and move up and down (at a higher level) when the Bank of England changes the base rate. In recent years base rate has been so low that people who have savings in the bank get very little return on their money and this is unlikely to change as a result of last week’s decision – although some home owners and borrowers may notice the difference.

Central banks also decide what legitimately counts as money – by printing it and withdrawing it from circulation, and through regulation of banks – and try to control the way money works in the domestic economy and in the foreign exchange markets. Some of the Bank of England’s supervisory powers over financial institutions were taken away after the financial crisis in 2007 and given in 2013 to new bodies, the Financial Conduct Authority (FCA) and the Prudential Regulation Authority (PRA).

Why is the interest rate decided by a committee of the Bank of England?

Its prime directive is to maintain stability and confidence in the value of the pound and to this end it has a target of keeping the rate of inflation (how much prices rise over a year) to around 2 per cent. Its decisions are further influenced by the objectives of government economic policy (stable growth in the economy, low unemployment and a stable value for the pound against other major currencies).

The MPC meets eight times a year to discuss interest rates and other aspects of the financial system (monetary policy). Minutes of these meetings are published and votes are recorded so that everyone can see the way the arguments about the state of the economy are going. Usually different members of the MPC have different views, but none of them disagreed with raising interest rates last week. They felt that the economy was growing as quickly as could be expected and unemployment showed no signs of rising, so there were dangers of inflation. However, other commentators such as the British Chambers of Commerce considered the rise ‘ill advised’ given low economic growth and uncertainty caused by “Brexit”. 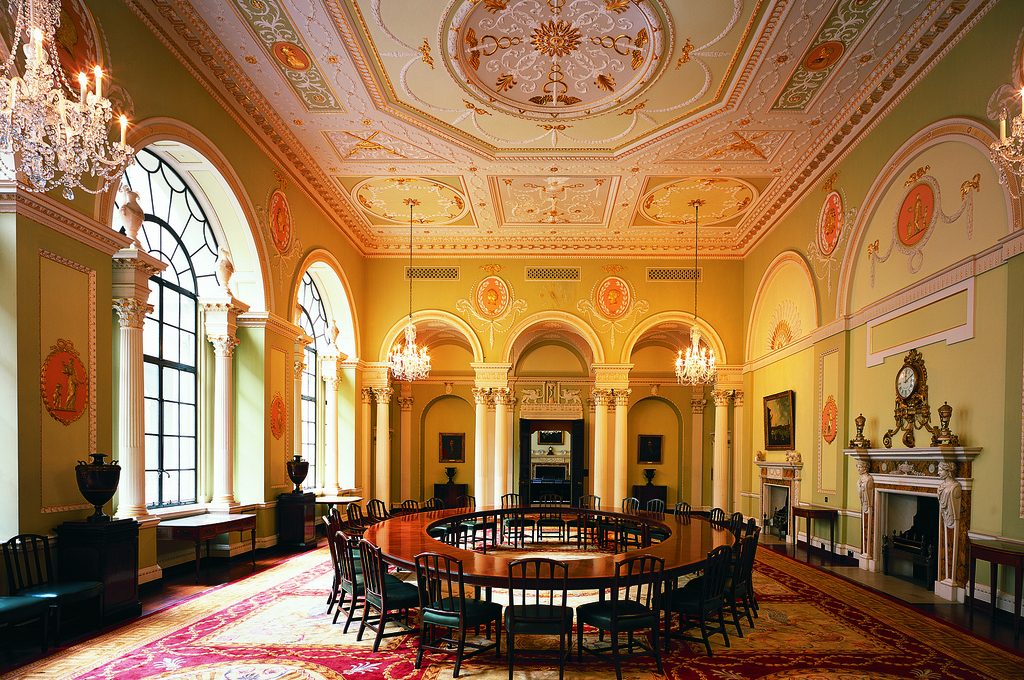 Inside the Bank of England

How does the interest rate affect the economy?

As in many countries, the interest rate has been very low in Britain for a long time because of the effects of the global financial crisis in 2007. Interest rates were radically reduced to try to encourage spending and investment and keep the economy going, and since then we have become used to this situation. In previous times interest rates of 5 per cent or so were normal (and went as high as 17 per cent in the early 1980s), but for most of the time since 2007 interest rates have been at half a percentage point.

Economists and banks are unsure of the long-term effects of such a long period of low interest rates. It makes policy-makers uneasy because cutting interest rates is a tool that they use to encourage spending and investment, and if interest rates are already extremely low they cannot use this method to help the economy in future. As a result the Bank of England has used other more complex methods such as ‘Quantitative Easing’ (QE) to try to encourage banks to lend money.

How does the interest rate affect the value of the pound against other currencies and why does this matter?

Investors around the world can earn more money on lending that they make in a country that has raised its interest rates, as Britain did last week.

This makes that country’s currency more attractive, and its price in other currencies – the exchange rate – goes higher through the workings of supply and demand. This means, in turn, that people who have pounds can buy more things abroad (including commodities like steel and oil) than they could have done without the interest rate rise. However, it also means that export products made by British businesses are more expensive on world markets because their costs are measured in pounds. 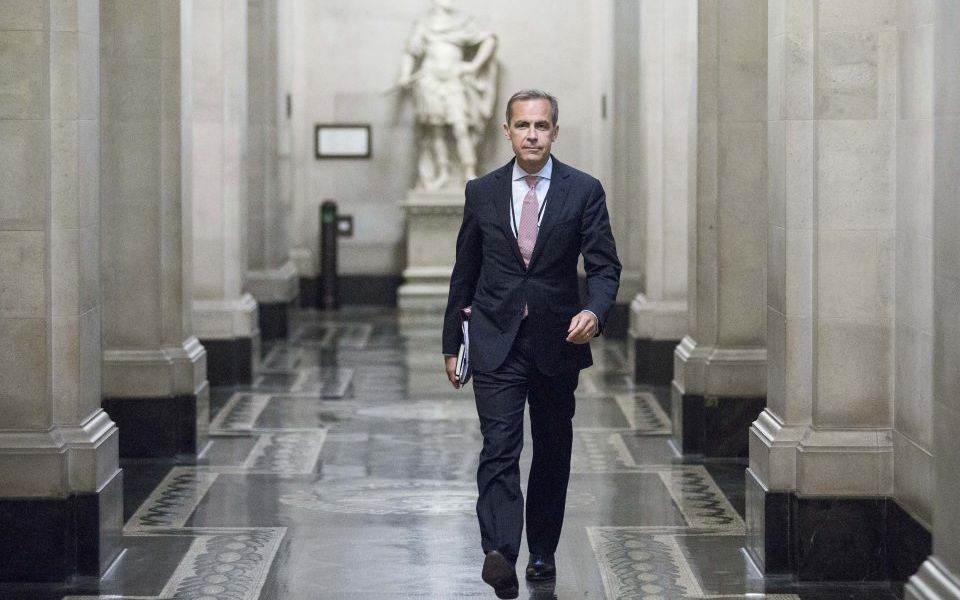 Mark Carney, Governor of the Bank of England

Why is the pound still down even with a higher interest rate?

The interest rate rise did not cause a lasting increase in the value of the pound and within a week it was trading at a lower value against other major currencies. The MPC’s statement suggested to some in the financial markets that it would be reluctant to put up interest rates again in future, and expectations are important in the markets. The interest rate is only one factor that affects international financial markets when currencies are bought and sold.

Financial markets do not like uncertainty because it increases the risks of making investments; as we have seen, investors usually need to be paid more in order to make risky investments than safe ones. There are much bigger factors operating at the moment, with uncertainty over the nature of the future agreements between the UK and the EU after “Brexit” and some doubt as to whether there will even be a substantial agreement on exit day in March 2019. Bank of England Governor Mark Carney and the government’s International Trade Secretary Liam Fox have both said that “No Deal” is a possibility. This would result in massive uncertainty in the financial markets.

Changing interest rates is a powerful tool in economic management. But the Bank of England’s MPC is working in a turbulent financial world against the background of huge uncertainty about the future economic performance and political direction about the UK. It is not surprising that a small rise in the bank rate has failed to settle the markets.

About the objectives of the MPC and monetary policy

Financial Times article on rate rise, including view from British Chambers of Commerce

The Queen visiting the gold vaults

Inside the Bank of England