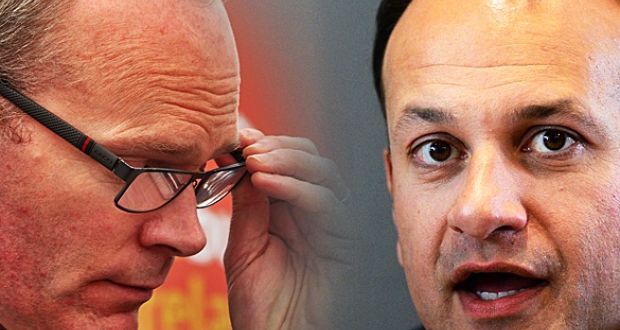 The last general election in Ireland was in February last year.   Kenny maintained power but his coalition lost dozens of seats.  Without a working majority he had to come to an agreement with Fianna Fail, the main opposition party, to form a minority led government.

If Fianna Fail doesn’t like his successor, it could prompt an early election.  Fine Gael’s minority government is dependent on the support of Fianna Fail.  At the moment, the next election is not scheduled until 2021.

Who are the contenders?

Irish born son of an Indian immigrant father and Irish mother.  Came out as gay in 2015.  Private school educated.  A doctor before entering politics.  Wants to crack down on welfare cheats.  Currently serves as Minister for Social Protection.  More popular with the wealthier voters and has a strong following in Dublin, where he is from.  The FT say that he is seen as a sort of Macron of Ireland, in that he is perceived as ‘socially liberal, economically conservative and strongly pro-EU’.  Varadkar expressed an interest in politics early on and joined the youth wing of Fine Gael when he was 17, representing them in the European People’s party in the European Parliament. He then went on to become a local councillor before becoming an MP in 2007.  He is considered more right wing than Coveney although less conservative when it comes to espousing his tolerant views on abortion rights.

Has previously served as defence minister and minister for agriculture and food.  Private school educated.  Married with 3 daughters.  Coven is now Minister for housing, planning, community and local government, having been placed in that role in May last year.  One of his pledges is to tackle the housing crisis and the issue of homelessness. Coveney belongs to a politically prominent family from Cork in the country’s southwest.  His father served as a government minister before him.  Was once conservative when it came to gay marriage but later changed his mind and voted in favour.  Said to be less comfortable when it comes to the abortion issue and reforming that.  Did a BSc in agriculture and land management at Royal Agricultural University in Gloucestershire and subsequently worked as an agriculture adviser in Edinburgh.  Popular with the less well off voters.

Enda Kenny came to power in 2011, during which time, Ireland was in very deep recession as a result of the 2008 global financial crash.  He is credited with leading Ireland out of recession and driving down the national debt, albeit with an austerity agenda that saw big cuts in welfare, health, education and policing (Guardian).

Kenny also drew praise for his criticisms of the Vatican in 2011 for their unsatisfactory response to the child abuse scandal, for which Ireland’s Catholic church were culpable.

Aside from economics and criticisms of the Vatican, Kenny’s other achievements include gay marriage rights and legislating for abortion in limited circumstances (The Independent).

The Financial Times says Fianna Fail is more ‘centre left’ whilst Fien Gail is ‘liberally conservative’.  My Irish friend says that both parties are centre right and her view is echoed in the New York Times article that I have cited below.

A copy of Kenny’s resignation statement can be seen here, (it is also on his Twitter page, by the way):

This Irish government web site link gives an overview of the political history of Ireland, that being ‘southern Ireland’, which is basically The Republic of Ireland:

Origins of Fianna Fail and Fine Gael.  This is a wikipedia source and I rarely use Wikipedia in my sources, although I do refer to it from time to time.  However, I have had the contents checked by an Irish friend who is very interested in politics and have been assured that they are correct.  Wikipedia is a very good source but not generally cited in the field of academia, although it is a very useful starting point:

Here is the present government in Ireland:

Bit of background on Sinn Fein, the third largest party in the Republic of Ireland: