Is this justice in the modern age?

Home / Articles / Is this justice in the modern age? 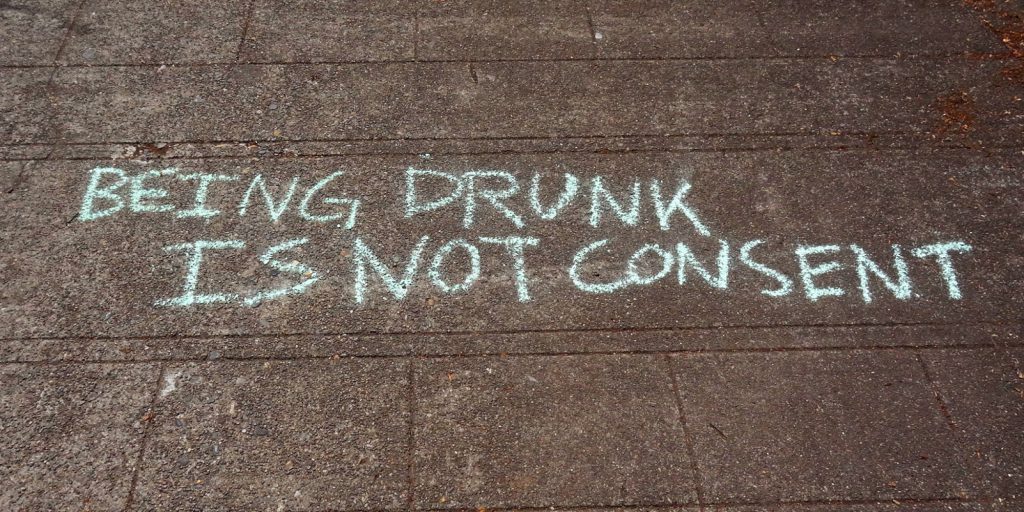 Is this justice in the modern age?

I am sitting on the train on the way back from a James Taylor concert in Cardiff last night: a really enjoyable evening with my family listening to music that I grew up with. Today’s Guardian has a report on a rape case in Italy in 2009, in which two men (now 50), raped a woman who had been drinking. Shortly thereafter the woman went to hospital and is said to have described what happened in a ‘confused manner’, according to the report in today’s Guardian. In 2011, both men were acquitted of rape in Brescia, northern Italy, after a judge said that the victim’s account of events was ‘unreliable’.

The victim then appealed and in January 2017, 8 years later, a court in Turin examined medical evidence which showed the woman involved had ‘tried to resist the attack’. Both men were convicted to 3 years in prison.

Now the Court of Cassation, the highest court in Italy, has ordered a retrial on behalf of the two defendants. The judge in the January 2017 trial had allocated the men a 3 year sentence and further applied ‘aggravating circumstances’: factors that increased the severity of the crime as a result of the use of alcohol in the attack.

The judges had said that the men had taken advantage of the woman’s ‘condition of physical or mental inferiority’ and that the impact of the alcohol rendered any consent invalid’ (The Local, 17.7.18).

The argument on behalf of the defendants is that aggravating circumstances should not have been applied because the victim had voluntarily consumed alcohol whilst at dinner with the two men. I am not familiar with Italian law so do not know what the sentence for rape would have been without aggravated circumstances. However, I do think that the woman was blatantly taken advantage of by two men who assumed they could do what they wanted with her because she had had a few drinks.

I find this flabbergasting in the modern age. I have had a few drinks myself many a time and I don’t recall the last time that this meant it was okay to be sexually assaulted by two rapists. It’s almost akin to saying that if someone is wearing a short skirt that they are asking for it. We’ve all had a few too many in our younger years. I myself have gladly accepted being accompanied back home so that I was seen safely through the door. Even if I had chosen to invite the gentlemen into my home for a drink as a thank you, that does not mean that it would be okay for them to have taken advantage of me. I can assume that anyone with a young daughter would think the same and anyone with a son would be mortified if their child thought that this malign act was justifiable.

Lella Palladino, the president of Italy’s Donne in Rete Contro la Violenza (Women’s Network Against Violence), is cited in the Irish Times as saying these kinds of decisions make it even more difficult for a victim to come forward if her credibility is going to be attacked: ‘When they do find the courage they are regarded as not being credible and in many cases, they are the ones victimised’ (Irish Times, 17.7.18). It would certainly make me think twice if my reputation was going to be put through the mill like this and I ended up being the one who was put on trial. I can only imagine for the poor lady concerned that this last 8 years has been an ongoing hell, and still the case continues.

The Guardian also refers to a case in February 2017 in which a court in Turin let a man go who had raped a woman on a hospital bed because the woman had not screamed loudly enough of pushed the rapist away. The hearing was in Turin, again in northern Italy, in which the judge said to the victim, who was raped by a former colleague: ‘You didn’t push him away. We have to ask why?’ (Independent,24.3.17). Apparently her saying ‘enough’ to the attacker was ‘too weak a reaction’ to prove her case and the 46 year old man who assaulted her was set free. 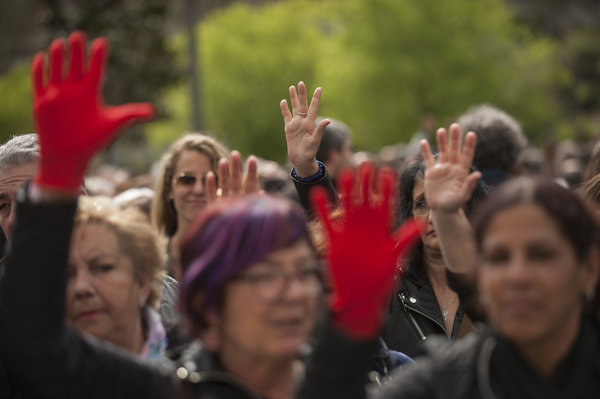 PAMPLONA, SPAIN – 27 April 2018: People hold up their and shout slogans during a demonstration against the verdict of the ‘La Manada’ (Wolf Pack) gang case on April 27, 2018 in Pamplona, Spain. The High Court of Navarra has given a sentence of 9 years in prison to five men for ‘continued sexual abuse’ instead of ‘assault (which includes rape)’ as the court considered there was not any use of violence or intimidation that broke the victim’s will . The gang assaulted an 18-year-old woman in Pamplona and forced her to have sex with all of them, during the San Fermin Festival in 2016.

I cannot help but recall the judgement last year in Spain when a young woman was gang raped after attending the San Fermin festival in Pamplona. Although the men were accused of gang rape, they got off with the lesser sentence of ‘sexual abuse’ because in Spanish law, the lesser offence of ‘sexual abuse’ does not involve violence or intimidation. The attackers filmed the assault and their defence alleged that because she let one of the men kiss her, they thought it was ‘all go’.

The defence further argued that the 96 seconds of video footage which showed the woman immobile and with her eyes shut during the attack, was in fact ‘proof of her consent’ (Guardian, 26.4.18).

The young woman was 18, only two years older than my niece.

The Local, ‘Why a controversial verdict in a rape case has got Italy talking about consent and alcohol’, 17.7.18:

The Independent, ‘Man acquitted of raping female colleague because she did not scream’, 24.3.17: