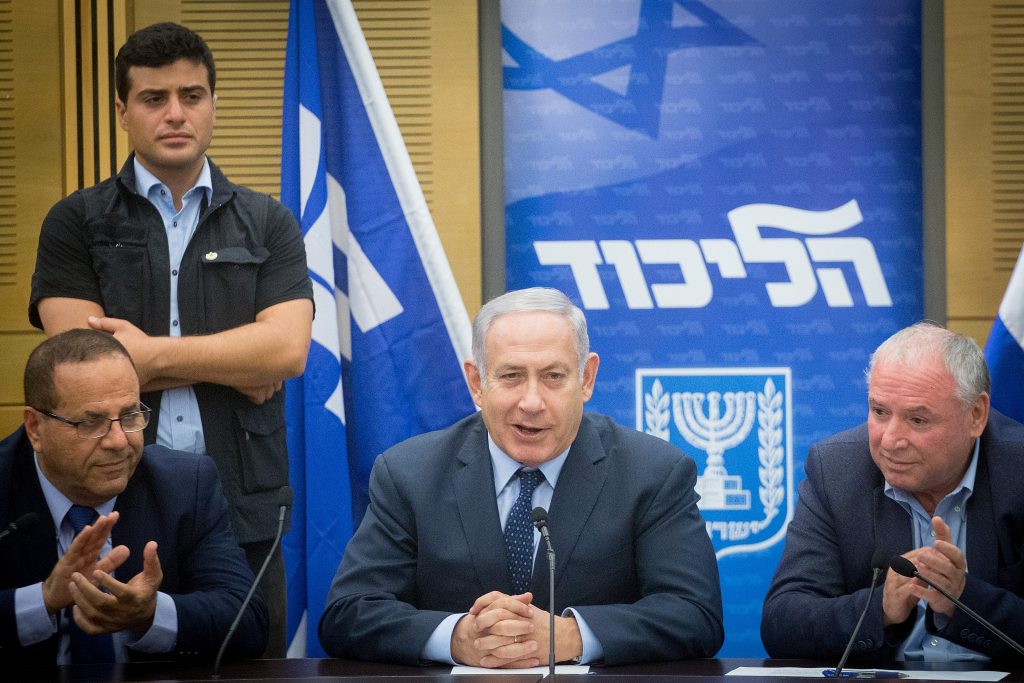 Earlier this year, US President Donald Trump officially recognised Jerusalem as the capital of Israel, throwing more petrol onto the perpetual fire burning between the Palestinians (who also believe the city historically belongs to Palestine) and their relatively new neighbours. In a move to further cement the Israeli state and enshrine it as “the national home of the Jewish people” Knesset members approved the controversial ‘Basic Law: Israel as the Nation-State of the Jewish People,’ 62-55 with two abstentions.

Over the weekend 30’000 protesters voiced their opposition to the law on the streets of Tel Aviv which infuriated Israeli PM Benjamin Netanyahu who said the protests proved the necessity of passing the law. Speaking at a cabinet meeting Netanyhu said “We saw flags of the PLO (Palestinian Liberation Organisation) in the heart of Tel Aviv. In the heart of Tel Aviv! We heard slogans in Arabic including ‘By blood and fire we will clear Palestine’. Many of the demonstrators want to repeal the law of return (that gives Jews the right to emigrate to Israel); they want to abolish the anthem and the flag, and turn Israel into a Palestinian state.” 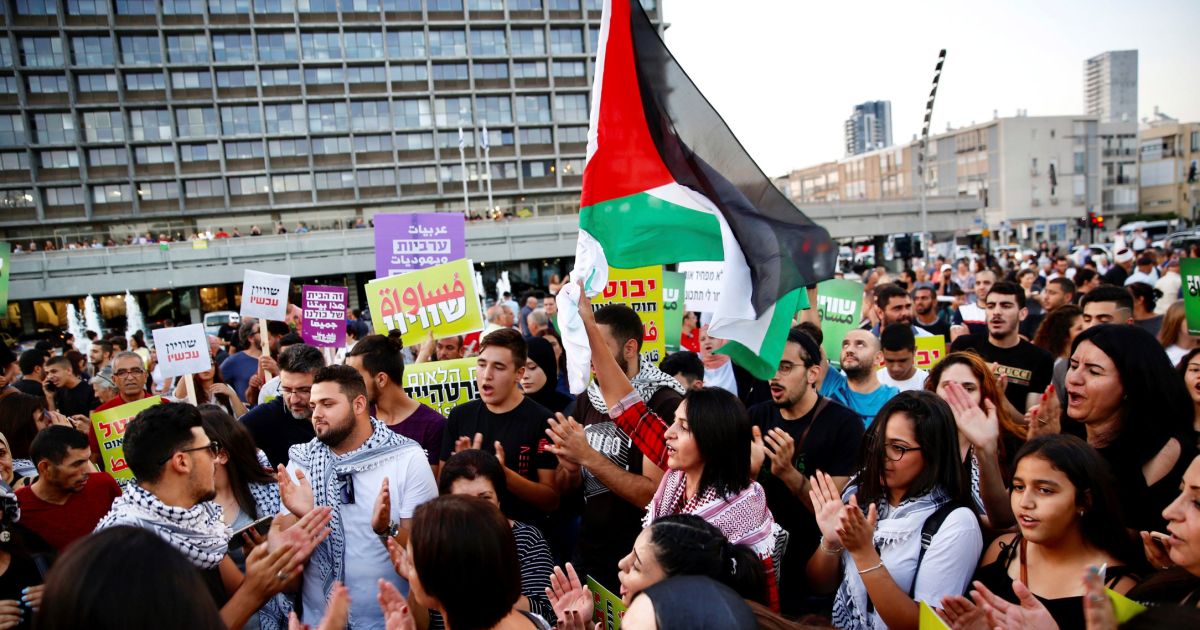 Here is a full translation of the final version of the bill:

Basic Law: Israel as the Nation State of the Jewish People

A. The land of Israel is the historical homeland of the Jewish people, in which the State of Israel was established.

B. The State of Israel is the national home of the Jewish people, in which it fulfills its natural, cultural, religious and historical right to self-determination.

C. The right to exercise national self-determination in the State of Israel is unique to the Jewish people.

2 — The symbols of the state

A. The name of the state is “Israel.”

B. The state flag is white with two blue stripes near the edges and a blue Star of David in the center.

C. The state emblem is a seven-branched menorah with olive leaves on both sides and the word “Israel” beneath it.

D. The state anthem is “Hatikvah.”

E. Details regarding state symbols will be determined by the law.

3 — The capital of the state

Jerusalem, complete and united, is the capital of Israel.

A. The state’s language is Hebrew.

B. The Arabic language has a special status in the state; Regulating the use of Arabic in state institutions or by them will be set in law.

C. This clause does not harm the status given to the Arabic language before this law came into effect.

5 — Ingathering of the exiles

6 — Connection to the Jewish people

A. The state will strive to ensure the safety of the members of the Jewish people in trouble or in captivity due to the fact of their Jewishness or their citizenship.

B. The state shall act within the Diaspora to strengthen the affinity between the state and members of the Jewish people.

C. The state shall act to preserve the cultural, historical and religious heritage of the Jewish people among Jews in the Diaspora.

A. The state views the development of Jewish settlement as a national value and will act to encourage and promote its establishment and consolidation.

A. Independence Day is the official national holiday of the state.

B. Memorial Day for the Fallen in Israel’s Wars and Holocaust and Heroism Remembrance Day are official memorial days of the State.

The Sabbath and the festivals of Israel are the established days of rest in the state; Non-Jews have a right to maintain days of rest on their Sabbaths and festivals; Details of this issue will be determined by law.

This Basic Law shall not be amended, unless by another Basic Law passed by a majority of Knesset members. 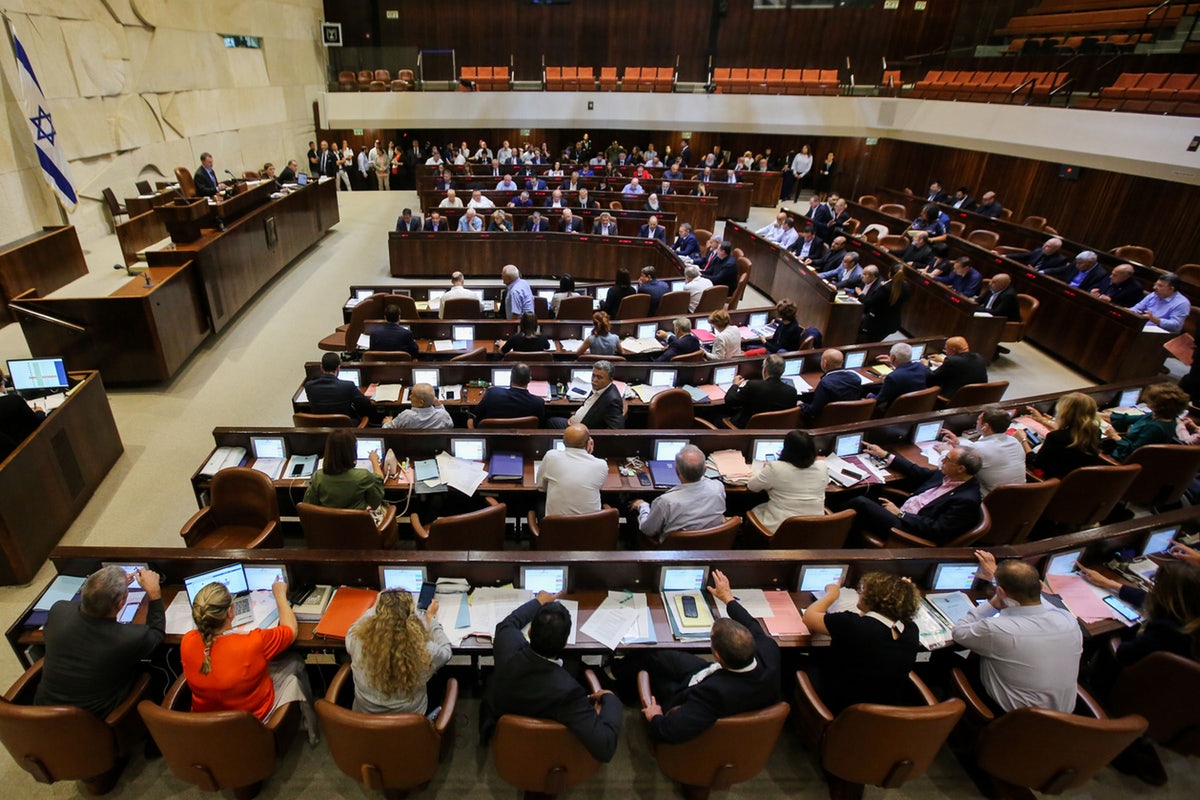 The Knesset votes on the Nation-State Law bill

What does the law mean and who does it effect?

“As a historian of European Jewry, I have to say that I find this announcement to be distressing in the extreme. It wasn’t that long ago that Jews were on the other side of such policies,”

Barry Trachtenberg, presidential chair of Jewish history at Wake Forest University in the US, Al Jazeera 19.07.18 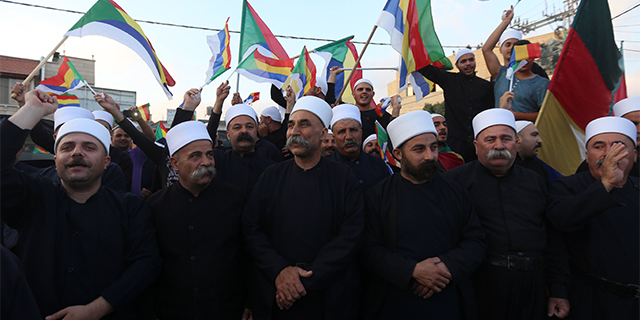 Israeli Druzes wave their community’s flags during a demonstration.

The Druze are an Arabic-speaking unique religious and ethnic minority. They live throughout the Levant region, from southern Syria to Jordan. In Israel, they number around 150,000 and live mostly in the north. Most of Israel’s Druze have long been publicly patriotic. They serve in the Israel Defense Forces and members of the community have attained top positions in Israeli politics and public service.  The Druze are fully integrated into the fabric of Israeli society.

Understandably the community are furious about their apparent side-lining under the new Nation-State Law and have been a driving force behind the protests in Tel Aviv, demonstrating alongside Arabs and Jews.

‘They’ve garnered massive support from Jewish Israelis, including heavyweight Israeli human rights groups—such as the Association for Civil Rights in Israel and BTselem, the Israeli Information Center for Human Rights in the Occupied Territories—as well as right-wing politicians within Netanyahu’s own coalition who see the government’s insult to the Druze as a grave misstep.’

Influential Druze politicians are mounting a legal opposition to the law, a move that has resonated among Israel’s establishment. 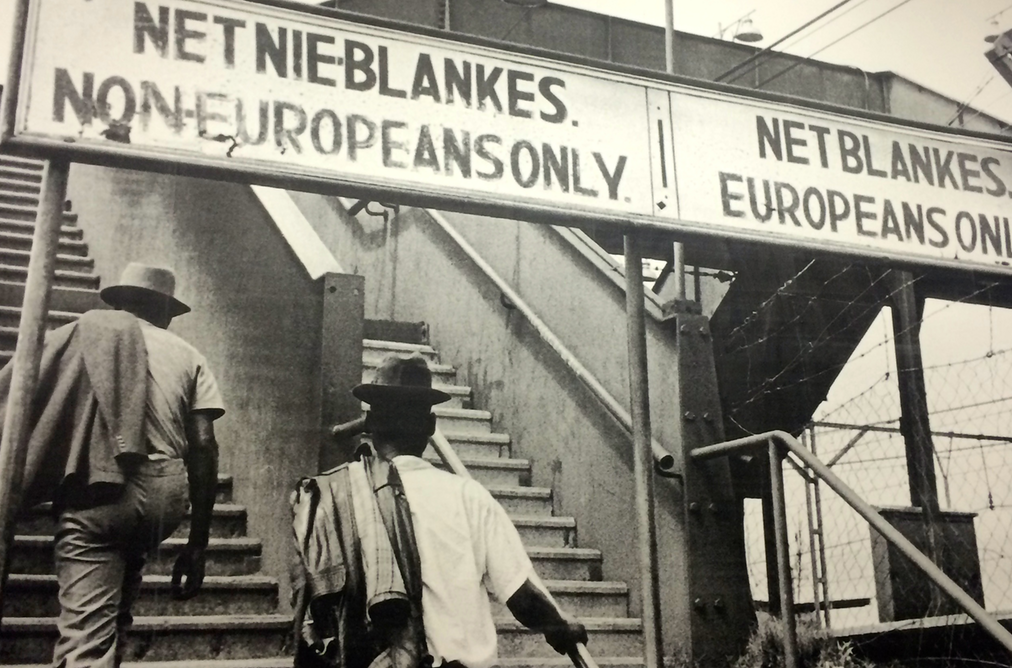 Palestine calls for Israel to be suspended from the UN

They are comparing the law to Apartheid-era South Africa that established a system of institutionalised racial segregation that existed from 1948 until the early 1990s. Apartheid was characterised by an authoritarian political culture based on white supremacy (baasskap), which encouraged state repression of Black African, Coloured, and Asian South Africans for the benefit of the nation’s minority white population.

In Israel, interreligious marriage was already forbidden if the ceremony took place inside the country (interfaith marriage is recognised but the ceremony must take place outside of Israel) before the passing of the new law. In South Africa, by 1950, the government had banned marriages between whites and people of other races, and prohibited sexual relations between black and white South Africans.

The South African government forcibly removed black South Africans from rural areas designated as “white” to the homelands, and sold their land at low prices to white farmers. From 1961 to 1994, more than 3.5 million people were forcibly removed from their homes and deposited in the Bantustans, where they were plunged into poverty and hopelessness. The new Nation-State Law encourages further Israeli settlements in disputed areas and the plight of the Palestinians, whose homes are bulldozed in the West Bank to make room for new settlements, is well documented.

Israeli officials say the Palestinians are taking similar steps to those taken against South Africa during the Apartheid era. In 1974 South Africa was suspended from the UN by being refused participation in the General Assembly and was not represented until their democratic elections of 1994.

To temporarily suspend or permanently remove Israel from the UN, the Palestinians need the consent of two-thirds of the votes in the General Assembly and an additional nine votes of the UN Security Council’s members, including its five permanent members—the United States, Russia, China, Britain and France.

It is unlikely that the Palestinians will be successful in obtaining consent from the Security Council as the US will veto the move, however they have a Muslim majority in the General Assembly known as the Organization of Islamic Cooperation. This will work in their favour to pass the resolution and could be an unprecedented victory for the Palestinians.

The Time of Israel writes ‘The other permanent Security Council members, which usually vote for pro-Palestinians resolutions, could also reasonably be expected to oppose expelling or suspending Israel. Not even France or China could argue that such a move would advance the cause of peace.’

Even though the Israeli’s do not believe Palestine has a chance of pushing the resolution through, some officials have still come out to denounce the move.

“It is a cynical and empty initiative by the Palestinians that will go nowhere,” Israel’s Ambassador to the UN Danny Danon told The Times of Israel this week. “It is nothing more than a stunt to spread lies on the UN stage, delegitimize Israel and silence the truth. We will continue to act in every way to expose the culture of hate and incitement.”

Deputy Minister for Diplomacy Michael Oren went further. “Even without the nation-state law, the Palestinians’ goal was and remains the same goal: to eradicate Israel from the map”.

Final text of Jewish nation-state law, approved by the Knesset early on July 19