Italy Elections: What next?

Home / Articles / Italy Elections: What next?

Italy Elections: What next?

The populist 5-Star Movement was the biggest overall, single party winner, but did not have enough support to form a majority government on their own. They took just over 32% of the vote.

The far right League Party and ex-prime minster Silvio Berlusconi’s Forza Italia also secured a large number of votes and jointly took second place if one counts their votes together. The League Party took 17% of the vote and Forza Italia almost 14%. However, with the 3 smaller centre-right/far-right coalition parties in tow, the right coalition was in first place, with the 5 Star Movement in second, because the far right Brothers of Italy party (see below) managed to get a 3% vote share, taking the right as a whole up to 34%.

The Democratic Party (PD) which had formed the basis for the government since the previous elections in 2013 took only 19% of the vote. 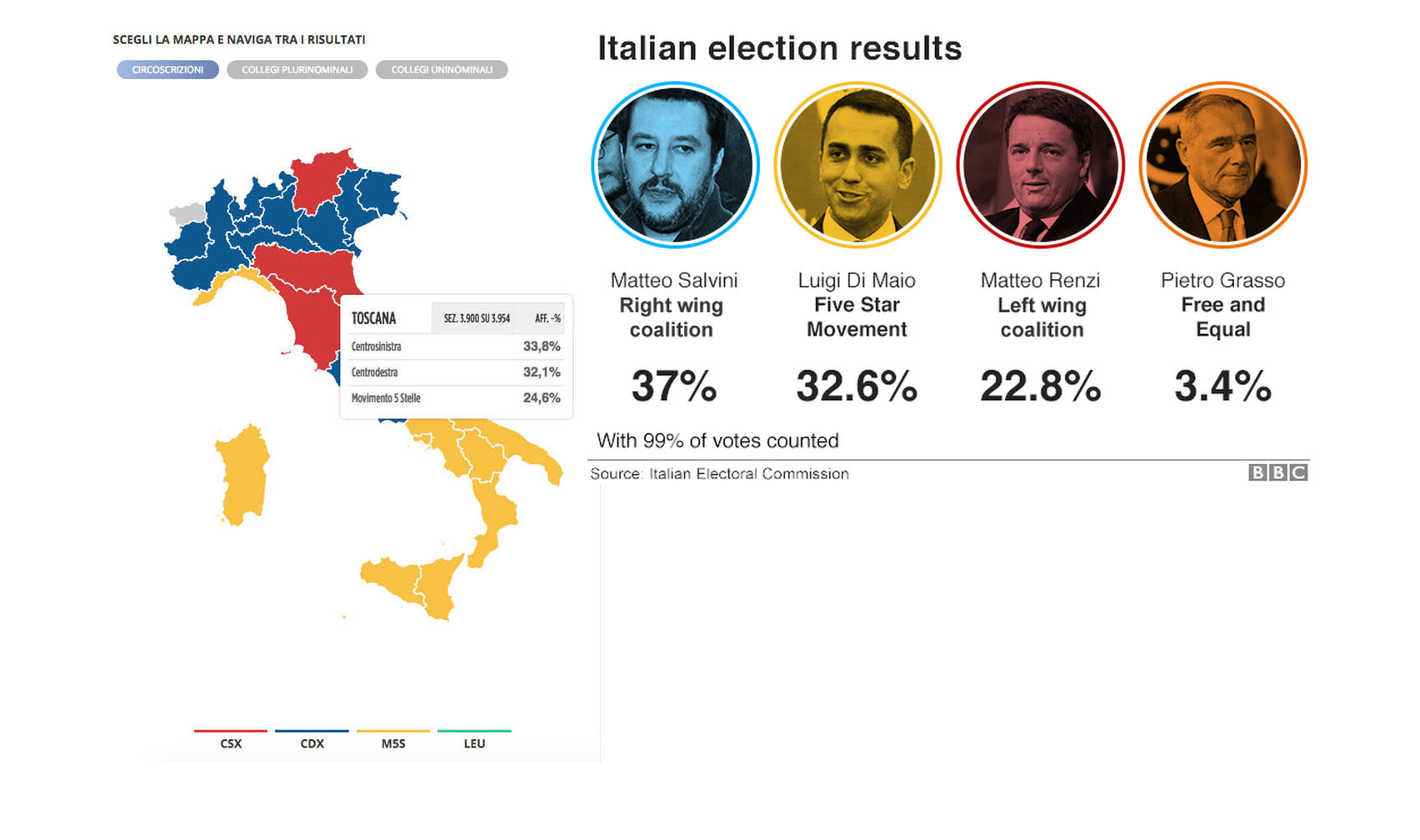 5 Star Movement: An anti-establishment party founded by former comedian Beppe Grillo in 2009. It started out as a protest party with the aim of overthrowing the traditional political class but has now become a more traditional party. In the 2013 elections, they won 25% of the vote, running on a platform that the other parties were corrupt and had not done anything to boost Italy’s economy. Beppe Grillo stepped down a the leader in September 2017 and the current leader is Luigi Di Maio, a 31 year old billionaire. He had little political experience when he became the deputy speaker of the lower house of parliament 5 years ago. It is said that he has back tracked on his former proposal to hold a referendum on membership of the European Union and the euro. The 5 Star Movement is an anti-Europe party but under Di Maio’s leadership, this has been toned down.

Italy has usually been divided between the north and the south, socially and politically, with a rivalry which is sometimes good-natured but often sour. However, in this election, at least as far as young people are concerned, the north and the south have come together under the ‘Five Star’ banner. Two of my Italian friends in London, Lino (from the north) and Roberto (from the south), are both so fed up and desperate for change that they both went for the alternative choice in the hope of getting something different. 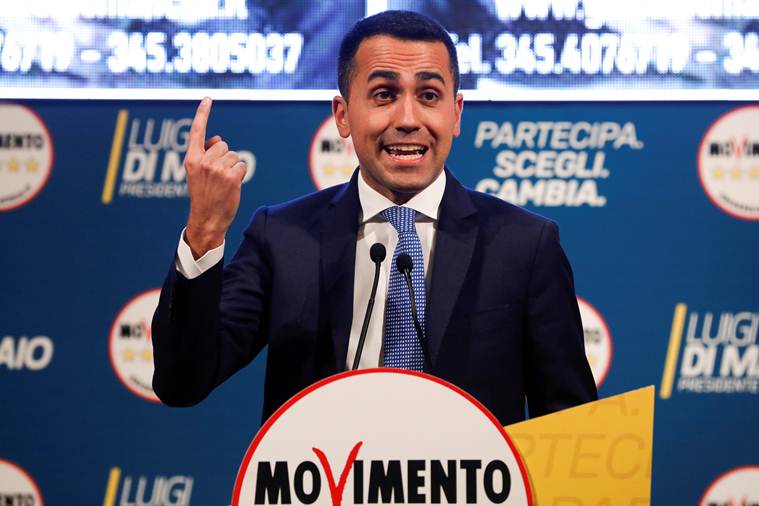 League Party (formerly known as the ‘Northern League’): The leader is 44 year old Matteo Salvini. It started out as an independence movement that wanted to spare the more affluent, industrious north from having to help the poorer south. In order to boost their support base, they dropped the word ‘Northern’ from their title so as to attract voters from all over Italy. Now, according to Politico, Salvini says: ‘It’s good to help those who cannot make it. The last shall be first’ (Politico, 5th March 2018). My Italian friend (I shall not reveal which one), says that they are still racist but less towards their southern counterparts and more now towards immigrants from Africa.

The League Party have a far right, anti-immigration and eurosceptic agenda. They are not keen on remaining in the single currency system. Salvini said that his party got more votes in Sunday’s election than Berlusconi’s Forza Italia, even though the two worked as a coalition to gain votes. Having taken the largest share of the vote in the centre right coalition, Salvini says that he should be the only candidate for prime minister.

Both the League Party and the 5 Star Movement are pro-Russia and have called for an end to sanctions against Russia, and Berlusconi and Putin certainly have had some warm relations in the past. The article from El Pais in the references below even goes so far as to suggest that Russia may have interfered in the elections:

‘According to an analysis of 1,055,774 posts from 98,191 social media profiles to which EL PAÍS has had access, a network of anti-immigration and anti-NGO activists has been sharing links of stories published mostly by Sputnik, a media organisation owned by the Russian government and operating in Italian among other languages, in order to propagate a false image of Italy. In this scenario, the country has been invaded by refugees who are to blame for unemployment and inflation, in the midst of a crisis made only worse by the passive attitude of pro-European politicians; ultimately, the European Union itself is held up as a culprit.

The conclusion is that Sputnik Italia has been very influential in radicalizing the public debate over the immigration crisis. Of all foreign media operating in Italy, Sputnik was the second-most influential, following the Italian version of The Huffington Post’.

Forza Italia (Go Italy!): Berlusconi is now 81 and has tried to reinvent himself as a moderate who can stop the rise of the anti-establishment parties. He is unable to stand for office personally due to a 2013 conviction for tax fraud. Whilst he cannot run himself, he has influence over appointing a prime minister and other ministers.

Fratelli d’italia (Brothers of Italy): Led by Giorgia Meloni, a woman – despite the party’s rather male name – Fratelli d’Italia originates from the right-wing Alleanza Nazionale (a successor of the neo-fascist Italian Social Movement formed in 1946 by supporters of dictator Benito Mussolini) that was in a government coalition led by Berlusconi in 1994, 2001 and 2006 (CNBC, 1st March 2018).

Noi con l’Italia: A centre-right party that makes up the smallest component of the 5 party right wing coalition.

Of the 5 right wing parties, it is Berlusconi’s party that is the most moderate. 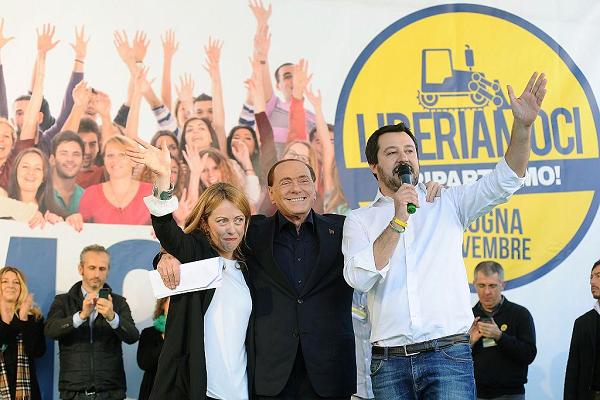 The Social Democratic Party:  Current leader of the party and therefore current prime minister is Paolo Gentiloni. Matteo Renzi, the former prime minster, resigned after losing a 2016 referendum to change the Italian constitution with the stated aim of making the Italian political system more efficient and rational; Italy is renowned for its gridlock and the length of time that it takes to get anything done because of bureaucratic delays and legislative deadlock between its two powerful houses of parliament. Renzi is a 43 year old centrist. He is pro-European. He ran again for prime minster in these elections. 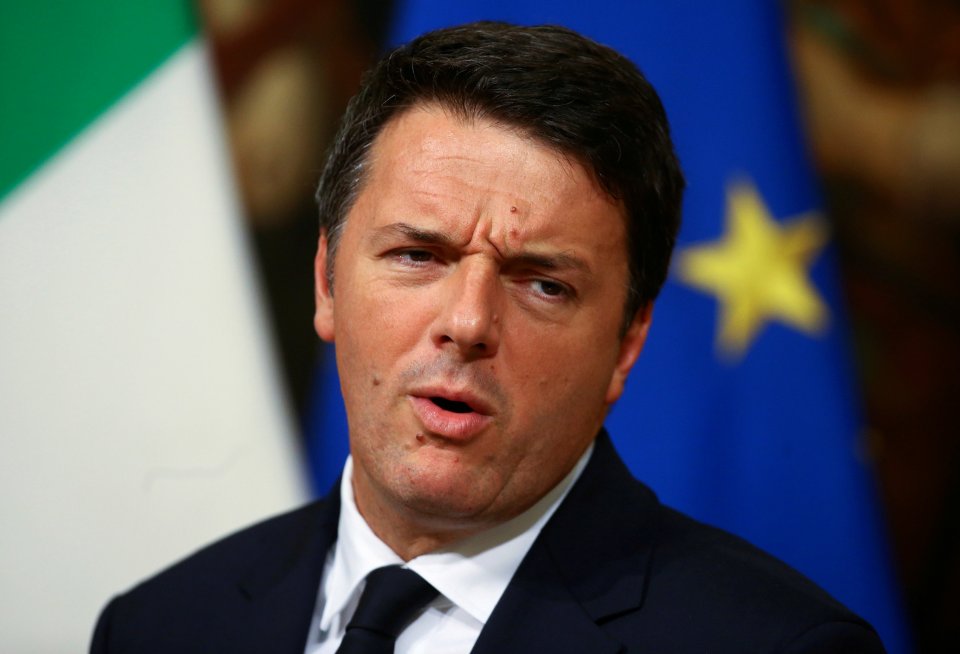 Italy use a new system which is a mixture of proportional representation and first past the post. A 40% threshold is needed to form a majority government. For more on the Italian government and how it is structured, see below:

President Sergio Mattarella, the 76 year old Sicilian who entered politics after his brother was murdered by the Mafia, now has to ask a party leader to form some sort of government:

‘After elections, the president openly talks with the big political parties, establishes who has the best prospect of forming a government, and then designates the prime minster and its cabinet’ (FT, 7th March 2018).

As no party on Sunday won the 40% majority required to form an outright government, a coalition will be needed to create a majority in Italy’s 630 seat parliament. If there is no clear majority and none of the parties agree to work together, the president will have to call new elections. Should this happen, the present government would remain in situ and a temporary government or a ‘technocratic government of national unity) would be set up until the next elections took place (FT, 7.3.18). Parliament is due to meet for the first time post election on 23rd March 2018. This will be when the 630 MPs and 315 senators gather to elect the presidents of both chambers.

5 Star and the League are both laying a claim to a first bid to form a government but in order to do so, also according to the FT, each would need the backing of the centre left Democratic (PD) party to do so.

Neither likely outcome would be welcomed in Brussels or the other European capitals. Italy has existed with technical governments before, and in some ways that would be most comfortable for Italy’s European allies in the short term although the risks of drifting and indecisive government are obvious; Italy has had poor growth and high indebtedness for some time. But a coalition between two anti-European parties would cause more immediate problems, with another populist rebel within the European camp alongside Poland and Hungary, not to mention the bolting British.

No operational government or an extremist, eurosceptic government? Mamma mia!

The New Yorker: ‘Why the centre collapsed in Italy: recession, austerity and immigration’, 5th March 2018

Thank you so much this really helped!!