Italy Politics: Italy look to a German style of voting in advance of next elections, which could come early

Home / Articles / Italy Politics: Italy look to a German style of voting in advance of next elections, which could come early 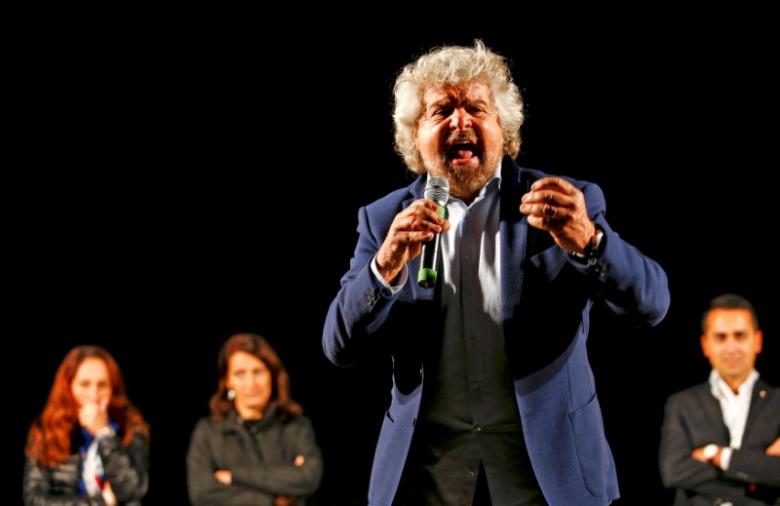 Italy Politics: Italy look to a German style of voting in advance of next elections, which could come early

Having had an interim government since Matteo Renzi’s resignation as Prime Minster last December when he lost his referendum proposal, Italy is due to hold a general election by May 2018 at the latest.  We’re only talking about this now because yesterday, Democratic party lawmakers formally discussed the issue of electoral reform.  It was also being discussed in the Italian media over the weekend.  The current electoral law is known as Italicum and Renzi has long been in favour of changing it.  Initially he favoured a first past the post system of single constituencies with a run off between the two leading parties (like we have in the UK), but the other political parties were less in favour.   There are now talks of a German style system based on the principle of proportional representation.  In the German electoral system, political parties have to get a least 5% of the national vote before they can get a seat or seats in parliament.

Is anyone else in favour of electoral reform?

Renzi is not alone.  Leader of the centre right Forza Italia party and also former Italian Prime Minister, Silvio Berlusconi, is similarly in favour; as is Beppe Grillo, the leader of the populist anti-establishment party 5 Star (don’t get confused with the 1980s pop band).  You can see Grillo getting all passionate about it in a talk he gave on Sunday in the image above.  All have spoken highly of the German electoral system.  Renzi and Berlusconi have not spoken in over two years, despite having been friends in the past, but electoral reform would bode well for them both.  It could usher in a grand coalition between Renzi’s party and Berlusconi’s party.  Berlin operates under a grand coalition in which Angela Merkel of the conservative CDU-CSU (the CSU is the Bavarian sister party) rules alongside the Social Democrats (SPD), with the CDU-CSU taking the lead in the alliance.

If there were to be reforms, how soon would there be an election?

Possibly as soon as autumn this year with some suggestions even being made that they be on the same day as the German federal elections in September.  Renzi told the Italian newspaper, Il Messaggero, that ‘voting with Berlin would make sense for many reasons on a European level, and would allow the new parliament to set five years of economic policy without losing a day’ (FT, 29.5.17).  On Sunday, Beppe Grillo of the populist 5 Star movement called for national election on Sunday 10th September (the German one is on Sunday 24th September).  As you know, everything in Europe happens on a Sunday.

Who is leading Italy right now?

Italy’s centre left government is presently led by Paolo Gentiloni, who stood in as Prime Minister when Renzi stepped down.  The President is Sergio Mattarella, the only figure who has the power to dissolve parliament.  It is he who, subsequent to a decision made by the Italian Constitutional Court in January this year, has insisted that a new voting law must be enacted prior the next election.  The court declared parts of the current electoral law, the Italicum, to be unconstitutional when it comes to electing the Chamber of Deputies, the lower chamber of the Italian parliament.

Changes in the Italian electoral system are nothing new

When the Italian constitution was first created in December 1947, it was done so to ensure that power be dispersed, thereby preventing the rise of another dictatorship.  In this constitution, two co-equal parliamentary chambers were created.  At that time both chambers were elected by a system of proportional representation.  In his referendum last year, Matteo Renzi wanted to dilute the powers of one of these chambers, the Senate.  His argument was that it would speed things up in parliament and get rid of the famous Italian gridlock that makes things take forever.  However, Renzi’s proposals were rejected by the electorate in a polarising debate.  Many young people and some western leaders, Obama for one, were in favour of Renzi’s proposed reforms.  Here they are hugging at a White House dinner last year: 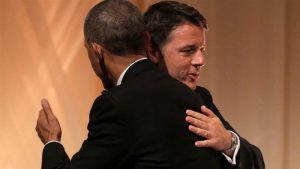 In the 1980s in Italy, many believed that the 1947 dispersion of power was no longer effective.  After a corruption scandal in 1992, the law was changed.  In 1993, electoral proportionality was reduced in both chambers and a new electoral system was adopted, known as Mattarellum.

In 2013, the Constitutional Court altered the Porcellum.  Berlusconi’s 2005 changes had given extra seats to the biggest party or coalition, irrespective of whether they reached the 40% threshold, thereby guaranteeing the ruling party or coalition of parties had a majority in the Chamber of Deputies.  The court said this was unfair and abolished it.  A pure promotional system called the Consultellum was introduced in 2014, so Berlusconi’s lasted from 2005-2014.  Quite a long time in Italian politics.

In 2016 when Renzi was Prime Minister, the issue of electoral reform was back on the table.  Renzi brought in the current electoral system, the Italicum, in which the bonus seat issue was brought back into play.  His changes were as such: (1) When a party won at least 40% of the vote, they would get bonus seats to ensure that it got 55% of seats and therefore a majority.  The remaining seats were then shared out to the other parties proportionally.  (2) If no party got 40%, there would be a second round (like they have in France).  In this scenario, the electorate were to decide which of the two biggest parties would get the bonus seats.  With regard to the Senate, Renzi wanted to change this completely.  He wanted to make it weaker and get rid of elections completely so that members of the Senate were indirectly elected.  That was the bit that was not permitted as it required a referendum and the referendum said no.

And finally, in January this year, the Constitutional Court again reverted to the whole bonus seat issue and said that it was unconstitutional, as was the whole second round system, as it enabled a party to get in without reaching a majority. It said that the bonus seats were ok, as long as a party reached the 40% threshold.  The Italicum is still in place but the court modified it.  As yet, the law in its modified form has not been used as there has not been an election.

What are the polls saying right now vis a vis the political parties in Italy?

Renzi’s party is recovering slowly and is now neck and neck with the 5 star movement: both are on 30% according to  Reuters on Monday this week.  With these figures, neither one has a majority of 40%.

If the electoral law was altered making a 5% threshold necessary to enter parliament, the only other parties who would get in would be Berlusconi’s centre right Forza Italia and the far right Northern League.

Below is an alternative perspective on the issue of electoral reform

Euro Intelligence said the following in their Euro briefing on 10th May:

‘We think that there is a problem of attention deficit and hyperactivity disorder in Italian politics.  having spent the previous two years on a subsequently rejected constitutional reform, the entire political system is shifting backwards and forwards on electoral reform – as opposed to simply taking the existing Italicum law, as amended by the Constitutional Court, and extending it to the Senate which could have ben done easily in February.  All this deflects from the much more important economic and social issues the country is facing.  The longer this goes on, the greater the danger of a populist backlash’.

Wolfgang Munchau of the FT (who also happens to be the Director of Euro Intelligence), agrees as he retweeted it, saying that ‘Italy’s constant electoral reform debate is pathological’ and it ‘distracts from more important stuff’.

Here is the article I used from 10th March 2017 that goes over all the previous changes in the Italian electoral system.  It was written by Roberta Damiani, who is currently doing her PhD on the role of the Senate in the Italian legislative process.  It’s a very good article: