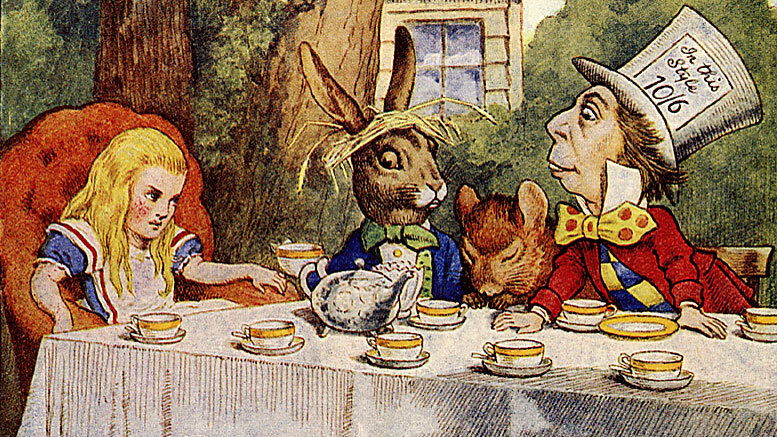 Last night as I was driving back home to see the kids, I turned on Radio 4 to listen to the news.  I caught a very amusing snippet of Kenneth Clarke’s speech in the House of Commons.

So why is it all over the news today?

Ken Clarke was giving his very heartfelt response to David Davis’s introduction of Parliament’s latest Bill which, as you will no doubt be aware, requires a vote before Theresa May can invoke the Article 50 exit clause.

Let’s hear it for the boy

I grew up with Ken Clarke who lived down the road from me in Nottingham.  We would go past his house on the way to school on the bus and later on, in sixth form, I would cycle past it.  To be fair, it was a nice enough house, although relatively unassuming compared to the massive grey Georgian one further down on the corner.  I was one of his young constituents in the strongly Conservative area of Rushcliffe, Nottingham, albeit that I wasn’t old enough to vote for him at the time.  I might add that despite living there, had I been old enough, my left leaning Scottish teacher parents might have had a few things to say if I had.

I remember meeting him aged 15 when my mother and I attended one of his constituent consultancies, just across the road from where my sister and I used to wait for the school bus that took us to primary school. (I was always late, incidentally; a trait that I continue to possess to this day).  On meeting Mr Clarke, I recall that I was wearing a yellow linen dress from Jigsaw, (I remember many seminal events through outfits and this little number was a cracker), with a scarf tied, French style, around my neck.  The jazz loving politician greeted my mother and I with a smile and I found him a most affable and welcoming chap.

That’s enough about that.  Can you get back to the point now?

As I listened to his political address last night, I recall that brief meeting with Ken Clarke a while back and it brought a smile to my face.  Yesterday’s words made me laugh and they brought a sense of cordial joviality into an arena that can sometimes be more tiresome: the House of Commons, that is.

The last time that I paid such close attention to a speech was when Hilary Benn gave his passionate address to fellow MPs in December 2015, supporting extending airstrikes against the Islamic State in Syria following the dreadful terrorist attack in Paris.  Hilary’s moved me; Ken’s made me smile.

What about this speech then?

Clarke, who spoke from the heart in a ’17 minute tour de force’ and ‘without notes’, according to the Guardian’s Polly Toynbee, (Guardian, 1.2.17), is the one member of the Conservative party who has refused to back the short, 137 word Bill.  The Bill consists of ‘two tightly drawn clauses in an attempt to limit scoop for amendments’ and was written in haste following the Supreme Court’s recent decision that the trigger of Article 50 had to be voted on by parliament.  (Huffington Post, 31.1.17).

So has the Supreme Court decision made any difference?

Not really.  It was just an expensive procedure contesting a point of law and a last ditch attempt to try and prevent it from going ahead.

I saw Nick Clegg recently at an Intellectual Squared debate on the rise of populism.  In the debate, he touched on the Article 50 case that had battled and won it’s first legal argument;  though it had yet to arrive before the Supreme Court.  His strong opinion at that time was that whatever the result was, it would make no difference: the MPs had all said they would vote for it and it would go through and if there is anyone in a position to comment on the opinions wafting their way through the House of Commons, he certainly is certainly one of them.  For his part, in so far as this Bill is concerned, he has chosen to abstain; as have those belonging to the Scottish National Party and 35 Labour MPs, (according to Polly Toynbee in today’s Guardian).

On the other side of the political spectrum, Jeremy Corbyn has pulled out a ‘3 line whip’ (Ken Clarke’s words, not mine), in getting his MPs to vote for it.  Labour ministers Jo Stevens and Tulip Siddiq both refused to do so, choosing to hand in their resignation instead (Huffington Post, 31.1.17).  Wolverhampton Labour MP, Pat McFadden (former business minister and pro-Europe), is quoted in today’s FT as saying: ‘We argued to remain in the EU but you can’t wish away the result of the referendum’.  In a similar vein, Emma Reynolds, another Labour MP who also backed the Remain Campaign, had the following to say: ‘It’s called democracy … we may not like the result but we have to accept it’ (FT, 1.2.17).  Oh don’t our English speaking cousins across the pond know that one ….

Clarke has saluted Europe throughout his entire 50 year career in politics. As a young man, he worked under Ted Heath, easing the UK into the common market.  He subsequently worked in Thatcher’s government during which time, UK negotiations were extended with Europe.  He was a keen supporter of Prime Minister Harold MacMillan’s application to join Europe. Reflecting on history, much as Hilary Benn did when he addressed parliament, he credited our decision to take one step closer to Europe.   After the fall of the British Empire and the embarrassment the UK suffered in the aftermath of the Suez Canal crisis (that’s all Egypt/Israel stuff and I don’t have room to explain it here), the UK was left not really knowing where it stood in the world.  Clarke strongly believes that being part of Europe ‘restored our national confidence’ and pivoted us towards a more visible role, one which made us more valuable to our allies in Europe and America.  To our rivals, as Russia were during the Cold War, it enabled us to be taken ‘more seriously’.

Can you get on with the speech please?

Okay, okay.  The laughter started for my part (and those who were listening to him at the time), when Clarke alluded to Lewis Carroll’s fairy tale ‘Alice in Wonderland’.  He joked about an imaginary ‘trading wonderland’ down the rabbit hole where, to paraphrase, ‘nice men like Trump and Erdogan put their protectionist trade agenda to one side and welcome us to the table’.  Clarke is referring here to Theresa May’s recent talks in Washington with Donald Trump and her subsequent visit to Turkey the following day, where she struck up a £100 million deal for the UK production of fighter jets with President Erdogan.  Frankly I do not envy her position; May was not a supporter of Brexit prior to the UK Referendum and yet it a situation that she, very bravely, stood up to the table and offered to deal with.  I stand up for May in this regard against those who criticise her for dealing with the controversial Mr Trump and his isolationist agenda and Mr Erodgan, who seeks changes in the Turkish constitution that would further extend his executive powers.  (Erdogan also has a shocking human rights record).  Nonetheless, new trade deals have to be struck to recompense some of the losses that will arise as a result of our exit from the single market.  Whilst I have no doubt that she is cringing behind closed doors, she is trying to protect our economy and act in our national interests, in direct response to what the majority voted for (albeit by a narrow margin).

Fine, fine.  Clarke said whilst he wanted the Brexit negotiations to succeed, (as that is the position we now find ourselves in after David Cameron stupidly proposed and brought forward the Referendum), he took issue with those who thought that it would be easy. New tariffs, regulatory barriers and customs procedures where certificates of origin have to be provided will weaken our economic position.  Do you think anyone thought about all the complicated issues that would arise in the event that they chose yes or no to a simple question in one day?  In their minds, the unravelling of legislation and threat to the economy were far less important than protecting our identity, our borders and our jobs.  Hmmmm.  Nonetheless, it is what it is and as Brexit secretary David Davis has pointed out, we have now reached the point of no return.  Keir Starmer, Shadow Brexit secretary, has said that his party would back the Bill ‘reluctantly’ but is quoted in yesterday’s Guardian article by John Crace as saying: ‘It would be nice if there was a bit less gloating from the other side’.

Why are we talking about him?  Enoch, a Conservative MP, gave a speech in Birmingham in 1968 in which he ‘spoke out against excessive immigration and against the multiculturalism which was becoming palpable in Britain by the end of the 60s’ (Amsterdam Law Forum, see below).  It became known as the ‘Rivers of Blood’ speech.  Ken Clarke said Mr Powell would be very happy at the rise of anti-immigration sentiment today.

And what does he have to do with anything?  He is super old (18th Century).  Burke was an Irish philosopher.  Ken Clarke said that he doesn’t quote him very often; but he did yesterday, or rather he ‘paraphrased’ him.  Edmund Burke told the voters of Bristol in 1774:

‘Your representative owes you, not his industry only, but his judgment; and he betrays, instead of serving, you if he sacrifices it to your opinion’ (reference below).

So feels Ken Clarke and I have to say that I admire him for it.  Shaming the ‘turncoats’ who suddenly ‘saw a light on the road to Damascus on the 23rd June’ (referring, of course, to the Referendum), Ken the man stood his ground: ‘I’m afraid that light has been denied to me’.

He really is the last man standing.  You go Ken, and dad, forget your Scottish left leaning disposition; you voted for Europe in 1975 when I was 1 and, like me, you voted to remain last year.  Let me pay the man a fair compliment when a compliment is due.  (Incidentally Ken, if you’re reading this, do you remember that yellow outfit?  Just wink and smile and pretend you do).

So the MP’s have all backed it, as of five minutes ago, just as I’d posted.  Here’s the link and you can have a look but if you’re reading this, you’ve looked already.

Hilary Benn’s famous speech, if you can’t remember it:

And here is Polly Toynbee’s article: