Latin America: How the Mexican elections for State Governor could influence the national elections next year

Home / Articles / Latin America: How the Mexican elections for State Governor could influence the national elections next year 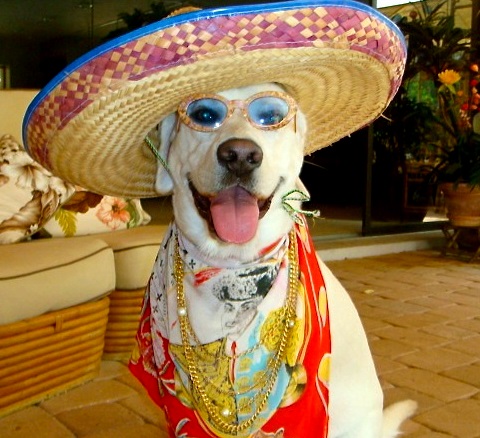 Latin America: How the Mexican elections for State Governor could influence the national elections next year

Oh the more I read the more I laugh.  Yesterday’s article in the FT on the forthcoming governer elections in Mexico State leads with the following quote:

‘I’m not going to vote for anyone, they’re all thieves’.

That was a worker from the shoe industry who no longer believes anyone.  The Mexican presidential elections aren’t scheduled to take place until next year.  The State Governor elections, or gubernatorial elections as they are sometimes referred to as, will be happening this Sunday 4th June in Mexico’s most powerful state.  I had to look gubernatorial up.  It means ‘relating to a governor’.  One does wonder why this word needed to be invented.

How significant is Mexico State?

According to the FT: ‘the State of Mexico is the size of New Jersey, with a population near as large as Chile and a $100 billion GDP the size of Ecuador’s’.  Quite signifiant then.  The New York Times says that it’s the ‘biggest prize of all state contests’.  Mexico State is home to more than 16 million people representing 14% of the entire population of Mexico.

Do the ‘gubernatorial’ elections affect the main elections?

At the beginning of the month, Forbes said that the two main candidates are ‘locked in a dead heat’ for the position. Delfina Gomez from the National Regeneration Movement, a 54 year old former teacher and daughter of a construction worker, is one of them.  Her working class image is good for votes, particularly in a state that is so heavily rife with crime and violence as it puts her more in touch with the realities of life.  Gomez was at one point mayor of her home town before becoming a Congresswoman and only entered politics in 2012.  The National Regeneration Movement, also known as Morena, is a left wing nationalist party founded in 2014.  If Gomez wins, Morena’s leader, 63 year old Manuel Lopez Obrador (reminds me of a labrador), could end up taking on the incumbent centrist PRI (Institutional Revolutionary Party) in the presidential elections next year.  Obrador was a former mayor of Mexico City (not Mexico State) and has tried to run for president on 2 occasions.

In Mexico State, the candidate for the PRI for governor is Alfredo del Mazo, who is 41.  He is the son and grandson of Mexico State governors and also a cousin of the current president.  He wants to be the ‘candidate of the women’ and has offered some kind of ‘pink salary’ for housewives.  He’s also offered a new university and a better police force.

At the moment the a poll released by the newspaper El Financiero has put del Mazo in the lead, but only slightly; 5% to be exact.  Gomez is second and Juan Zepeda, the left wing PRD candidate (Party of the Democratic Revolution, founded 1989), is third.  The PRI have been in charge of Mexico State for 88 years.

Mexico’s president, Enrique Pena Nieto and former governor of Mexico State, is from the PRI.  His role as governor of Mexico state is what catapulted him to the role of president.  If someone does well in the local or state elections, it boosts that party’s chances in the federal elections.  The same is true in Germany and it’s why there was such a big sigh of relief for Angela Merkel when her party beat the socialist party candidate in Germany’s most populous state recently.

Labrador’s (see above) nickname is Amlo, which is good as it’s easier to type.  Amlo, like Trump, is not a fan of NAFTA (Nieto wishes to preserve it).  Writing for Forbes, Kenneth Rapoza says ‘Amlo is the Joker to Trump’s Batman’.  Nice.  The New York Times are no more complimentary and say that he is a ‘puppet master’.  According to the FT yesterday, ‘detractors see him as a dangerous demagogue who is a fan of Fidel Castro and would imperil Mexico’s market based economy’.  Abrader promises to ‘halt private investment in the oil industry, put the domestic economy before the interests of foreign capital and stand up to Donald Trump’ (Bloomberg).

How did the ruling party do in last year’s gubernatorial elections?

In June last year, the PRI did not fare well.  Prior to June 2016, they had 9 of the 12 governorships that were up for grabs and they lost 6 of those.  Worse still, 4 of them had never been run by any other political party since the PRI was founded in 1929.  The centre right PAN party (the National Action Party founded in 1939), pushed the PRI from these states, not Morena; and it was PAN who booted the PRI out of the Presidency in 2000 until Nieto pulled them back into power in 2012.  PAN are more conservative than the PRI.

Morena didn’t win any gubernatorial elections last year but they did extremely well nonetheless: they had a very strong showing in 3 of the states that it ran in. They did so well that PAN’s leader Ricardo Anaya, a 39 year old former federal lawmaker, said last year that he was more worried about them in the 2018 presidential race than the candidate of the PRI.

Is the current President popular?

The PRI ruled Mexico uninterrupted for 71 years with the exception of the PAN leadership for two terms from 2000 until 2012.  Nieto’s ratings are not what they once were.  One of the reasons for this is that the current president and his wife are both suspected of corrupt activities.  Another is the climbing violence.  In 2014, 43 teaching college students were killed in Guerrero state.  The economy is suffering and there is high unemployment.  Wages are low, prices are high and the peso is not doing well.  Crime rates have not gone down and there have been continuing attacks on the working class.

Another thing that hasn’t helped the handsome Mr Nieto is what the New York Times call his ‘halting response to President Trump’s aggressive stance’, meaning that he should have taken a more authoritative stance with America’s new president.  Whilst Nieto did cancel his visit to the US as a result, he spoke to Trump by telephone for an hour, during which time he was apparently ‘humiliated’ (Business Insider).

In January this year shortly after Trump was inaugurated, Nieto laughed at the suggestion that Mexico would pay for their own wall along the US/Mexico border.  I recall the incident very clearly as I was away on holiday at the time and I remember watching it on the news.  Here he is:

Nieto did attempt to improve things in 2012 with his ‘Pact for Mexico’ an inspirational endeavour that pulled 3 of the big parties together: the Institutional Revolutionary Party (PRI), the National Action Party (PAN) and the Party of the Democratic Revolution (PRD) were all signatories to the Agreement.  The alliance however, has achieved less than hoped.

You can read more about the pact here: http://www.as-coa.org/articles/explainer-what-pacto-por-méxico

On the other hand, under Nieto, ‘the economy has avoided recession and grown at about 2.3 percent a year—unspectacular by emerging-market standards, but solid enough by comparison with Latin peers such as Brazil or Argentina, let alone Venezuela. Energy reforms have succeeded in attracting billions of dollars of foreign investment’ (Bloomberg).

The Issue of Corruption

None of the parties are perfect.  When the PAN were in power, not only did they award government contracts to those who bribed them; they also protected drug cartels.  There were accusations of protecting gang bosses which created a sort of official government and a non-official criminal one.  Corruption is a cross party issue with one PRI governor having also been accused in the past of taking money from a drug cartel before trying to launder it.  Morena is relatively new to the political scene and may not yet have become deeply enmeshed in this whole ‘you do something for me and I’ll do something for you’ system of politics.  His fans see him as ‘a breath of fresh air in corruption tainted politics’ (FT).  In saying that however, the New York Times reports that late in April this year, a Morena candidate for a mayoralty in Veracruz state was seen ‘accepting stacks of cash on behalf of Mr Lopez Obrador’s campaign, in violation of electoral laws’.  Obrador of course denied it and said it was all a ‘setup’.

What is means for global markets

They will be keeping an eye on these elections on Sunday.  A win for Morena in Mexico State could propel the ‘Labrador’ to power next year and that’s not ideal.  Bloomberg has the following to say: ‘Markets are paying close attention. Sergio Luna, chief economist at Citigroup Inc.’s Mexican unit, says he’s never fielded so many investor queries about a local vote. Benito Berber, senior economist for Latin America at Nomura, predicts that a Morena victory could push the peso down 6 percent by July, because it would leave Lopez Obrador with a better-than-even chance of taking national power next year’.

Business Insider on the 1 hour long telephone conversation between Nieto and Trump, in which it indicates that Trump humiliated the Mexican president, 1.2.17:

Comment On Latin America: How the Mexican elections for State Governor could influence the national elections next year

I am really impressed with your writing skills and also with the layout on your weblog. Is this a paid theme or did you customize it yourself? Either way keep up the nice quality writing, it is rare to see a nice blog like this one today..