The lighter side of politics: May -v- Sturgeon: a lesson in power dressing

Home / Articles / The lighter side of politics: May -v- Sturgeon: a lesson in power dressing 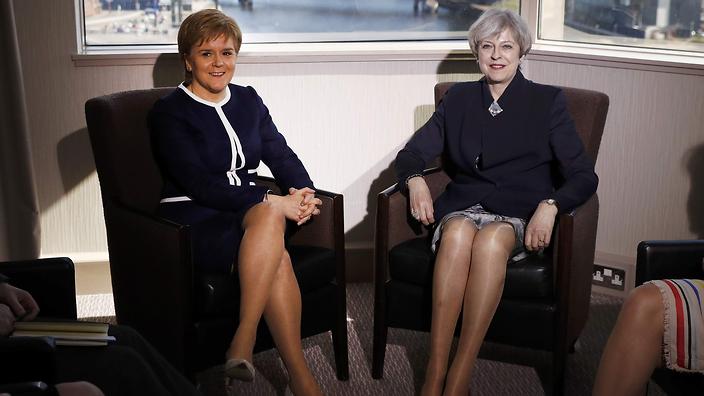 The lighter side of politics: May -v- Sturgeon: a lesson in power dressing

All eyes were on them yesterday, it cannot be denied.  The long awaited meeting between Theresa May and Nicola Sturgeon yesterday: the first since their rather public spat about the possibility of a second independence referendum for Scotland in the wake of Brexit.  Scotland doesn’t feel like they have been listened to very much and Sturgeon is capitalising on this.

I’ve covered the political agenda.  On a lighter note, I asked my friend, a stylist operating in London and a fellow Scot, to comment on the more fun aspect of what they were wearing.  On the way into work this morning they were talking about it on Radio 4.  I personally thought they both looked great. For me, Nicola had the edge, but that’s maybe because there was a little more confidence in her swagger as she entered.

I think I should engage Ms Gillbe to comment on all the outfits of female politicians from now on!  I agree with Lisa in that both could have gone for stronger statements but neither one did; their muted choice indicated that there were far more important things on the agenda and neither one seemed to want to outdo the other.  Don’t be fooled by the clothes however; there’s no silencing either one of these women when it comes down to it.  If only Maggie Thatcher were here with her ‘This woman’s not for turning’ line.  Bring. It. On.