There are a handful of councils in which there are local political issues that may sway significant numbers of votes:

There will be many more cases where local issues are perhaps less strong but still important, or cause a reaction in part of the council affected but not all of it (siting an unpopular facility, like the incinerator in Beddington in the London Borough of Sutton, is a common reason). There are also councillors with personal standing that runs ahead of their parties, local scandals, defections and so on.

Mayoral elections are particularly prone to local and personal factors and unusual results, although there seem to be none that are all that peculiar in 2018. Labour should win three of the four mayoral elections in London without much competition, although long-serving mayor (and before that leader) of Lewisham Sir Steve Bullock stands down this year after 23 years running the borough. Damien Egan is the new Labour candidate and will continue most of Bullock’s pro-growth policies although with a slight shuffle to the left. In Hackney the similarly long-serving mayor Jules Pipe stood down in 2016 and his replacement Philip Glanville will continue. There has been a fiercely contested selection in Newham – another well-established local leader Sir Robin Wales (leader then mayor since 1995) has been challenged from the left and whichever Labour candidate prevails will win. In Tower Hamlets Labour gained the mayoralty in a court-ordered election in 2015, after the previous mayor Lutfur Rahman was disqualified. Labour should hold it although Tower Hamlets politics can be odd. The mayoralty outside London being contested is in Watford, where the popular Lib Dem incumbent Dorothy Thornhill stands down and Labour and Lib Dem both stand a chance.

The new Sheffield city region Metro Mayor post will go to Labour (unless an Independent takes the contest by storm). The selection contest is between Dan Jarvis (MP for Barnsley Central) and Sheffield councillor Ben Curran. One dimension is right/ left, with Jarvis being a Corbyn-sceptic, but it is also geographical. Jarvis is open to folding the combined authority into a bigger Yorkshire regional authority, and intends to remain MP if elected, giving a sense that the Sheffield regional mayoralty is provisional. Curran is more committed to a region with its capital in Sheffield. The Metro mayoralty idea is a legacy of George Osborne’s time as Chancellor and his good relationship with the Labour leadership in Manchester, and it is questionable as to whether it is suitable for the local situation in Sheffield. Turnout may be low because of the lack of enthusiasm for the idea, the uncompetitive election, and the fact that there are no local council elections in two of the four boroughs (Doncaster and Rotherham). 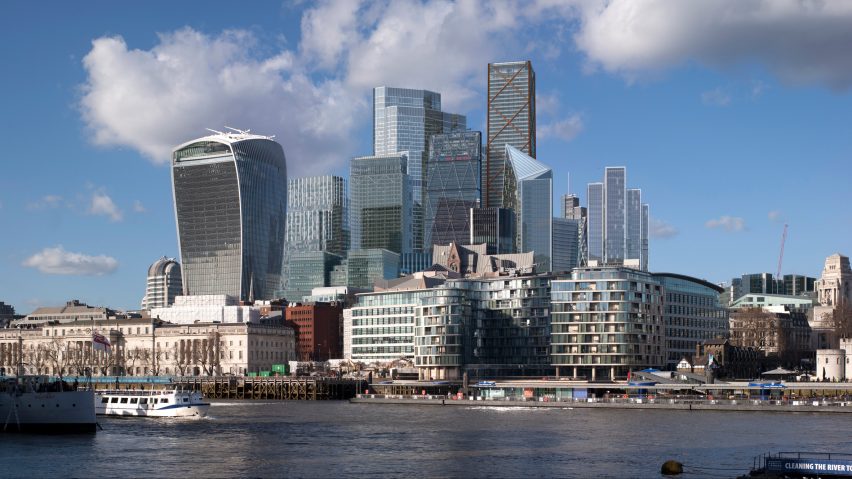 The London elections will attract the most attention, mostly because of the centralised nature of British politics and the media. They are also, in fairness, important and powerful local authorities.

According to opinion polls published in September 2017 and February 2018 Labour has a huge lead in the London borough elections, particularly in inner London. I would counsel caution about taking the detail of this too literally, as they probably over-estimate Labour, although it does seem clear that there has been a measurable swing to Labour since 2014 and probably a slight swing since the 2017 general election.

Labour has already enjoyed two sets of borough elections in succession (2010, 2014) in which London has been a better area than the national swing would indicate. In contrast to England outside London, 2014 was a good Labour year and the party won majorities in 20 out of 32 of the London boroughs. In some of Labour’s better areas the majorities were huge – in two boroughs every seat was Labour (Barking & Dagenham, Newham), in two more there was only one non-Labour councillor (Islington, Lewisham). Labour cannot get many more gains in seats, and none in terms of council control, in a lot of inner London and may pile up votes without gaining much reward. In some London boroughs Labour won in 2010 or 2014 they could practically eliminate opposition groups on the council (Enfield, Redbridge, Merton, Southwark). To win any victories that will change things, Labour needs to make progress in a small number of target boroughs – Barnet, Hillingdon, Wandsworth, Westminster.

Wandsworth is an important borough because it has been a Conservative municipal ‘flagship’ since they gained it in 1978. It has been a test-bed of Conservative policies such as outsourcing the provision of services and privatisation, and the party takes pride in its record of providing the key local government services to a high standard at a low rate of local taxation. It is also a source of personnel, in that several of its former councillors (Paul Beresford, Christopher Chope) have gone on to become MPs or advisers at London City Hall and in government (Edward Lister). The Conservatives retained large majorities throughout the Blair high tide for Labour although they have dipped in 2010 and 2014. Both Labour and Conservatives are well organised locally.

Westminster is important for some of the same reasons as Wandsworth – model Conservative borough and a significant source of ideas and people for London-wide and national government – but also because it has so many symbolic associations with power and the heart of the state. In some ways it is just another London borough, but in others it has a unique place in national and London life. It is also a wealthy borough which has had much fewer financial problems than most councils in recent years, partly because it has been able to raise lots of funds through parking charges and create public facilities by bargaining with developers. It has a lot of reserve funds in its accounts and could easily become a ‘model’ Labour borough should they win. But it is a very hard target for Labour to hit, because of the way the votes are distributed around the borough. Labour led by 10 points in the voting here in the General Election but would still have been a little short of a majority if one maps the outcome onto the local government wards.

London’s election campaign has not really started but the broad lines of the campaign are clear. London Labour is likely to try to mobilise the same electoral coalition that gave them such good results in 2017 – private renters, social tenants, young people, liberals, ethnic minorities, pro-Europeans – plus EU citizens. While Corbyn has triangulated on the subject of Europe, London Labour and Sadiq Khan have sounded much more pro-European and questions about the defence of EU citizens’ rights in the UK have already featured. Conservative boroughs have been stressing their own lobbying efforts in favour of EU citizen rights. 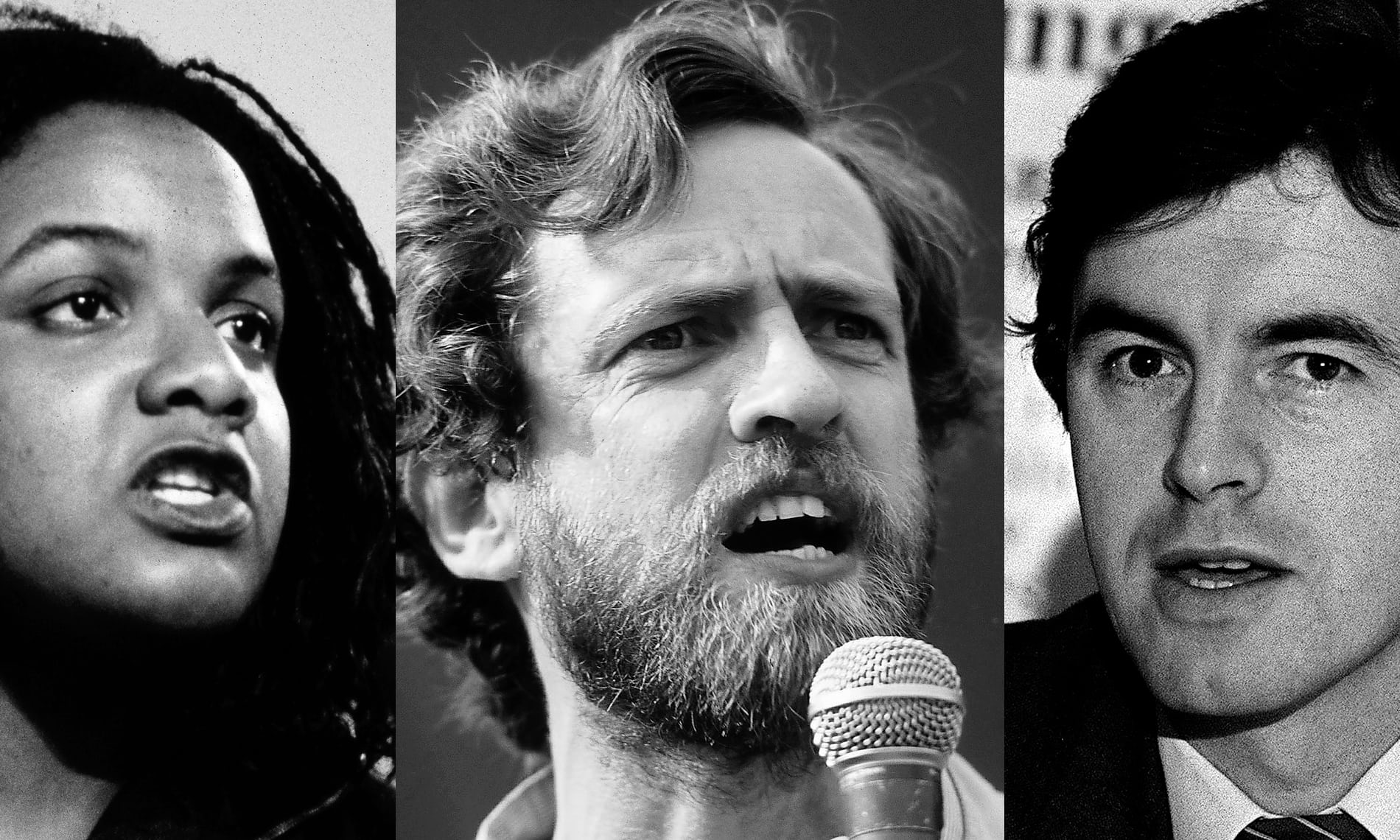 Corbyn, Abbott and McDonnell were long dismissed as irrelevant radicals or the ‘loony left’.

The Conservative campaign has been more negative so far, concentrating on the threat of radical left local government in London given the example of the Momentum takeover in Haringey. Older voters will remember the ‘loony left’ period in the 1980s when some Labour councils followed cultural policies that seemed extreme at the time (but few of which do now; the press also fostered myths about alleged ‘loony’ policies) while also neglecting basic management and service provision in favour of gesture politics. Another theme is crime, which (crime statistics are a complex area) does seem to be rising after a long period in which it has been in decline. There have been a number of unpleasant criminal incidents in the capital involving gangs, knives and acid attacks, that arouse racial and cultural anxieties. The Conservatives are keen to blame Sadiq Khan and City Hall; Labour point to cuts in central government funding for the police.

Housing and development are massive issues in London politics, and the lines of division are not straightforwardly the same as those between the parties. Outer London borough politics is often affected by anxiety about development, although it is precisely in outer London that there is space to build much-needed housing to relieve the pressure on London’s extremely expensive housing market. There is a balance between complying with London-wide and national planning policies and representing local electors who fear densification, culture change (younger, more diverse people moving in to older, whiter areas) and building on local playing fields and pieces of vacant land. In Havering, for instance, the ‘realist’ Conservative administration has agreed a modest building programme but is opposed by Resident groups (local political parties) and UKIP.

Development in inner boroughs has different political alignments, as represented in extreme form in Haringey. Councils are short of money and have often resorted to creative ways to fund capital spending and make developers trade off some of their profits for facilities that benefit local residents. In some areas (Camden for instance) it has been successfully managed, but in others political tensions have been explosive. In Haringey the crisis was over the development of ageing council-built estates in partnership with the private sector; in Newham there has been confrontation over the pro-development stand of Robin Wales’s administration that has seen parts of the borough physically transformed. The Momentum left won a series of ward-level selections within Labour in Haringey on the argument over the Haringey Development Vehicle, while in Newham the mayoral selection is not yet resolved. It is an interesting progression from 2014 in which some Conservative councils started to get into electoral trouble for prioritising developments that suited the very rich more than the local middle class (Hammersmith & Fulham for instance); Westminster is also encountering pushback now for similar reasons.

The Momentum effect is patchy and localised. Only in Haringey has there been a mass purge resulting in the promise of a ‘Corbyn Council’ after May. In most places the left has made much more modest progress, with a few new candidates and hardly any incumbents deselected. There has been a more subtle shift to the left by the centre-left mainstream of London Labour, as represented in Lewisham by Damian Egan who has changed course on the Millwall development. The main left demands seem to be about large-scale estate redevelopment schemes (and other large development projects with private sector partners); the Haringey manifesto process controlled by the left has produced some ideas but many of these are already being done by allegedly Blairite or right wing Labour councils such as Camden. The problems with Momentum control of Haringey are easily anticipated: lack of experience and knowledge of what can be done with control of a local authority, the wiliness that the previous regime and others like it learned over the years; press focus magnifying mistakes born of this inexperience and the councillors digging in rather than admitting error; an eventual split as happened in the 1980s between left pragmatists and gesture politicians.

Part 5 – Where is the panic point? will be published on the site tomorrow.