UK/EU Politics: ‘May’ I invoke my intention to ‘invoke’, but preferably before the next big elections…

Home / Articles / UK/EU Politics: ‘May’ I invoke my intention to ‘invoke’, but preferably before the next big elections…

UK/EU Politics: ‘May’ I invoke my intention to ‘invoke’, but preferably before the next big elections… 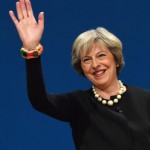 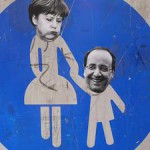 It has come as no surprise to me that May, along with her advisers, has come to the decision to invoke Article 50 before the end of March next year. Let us not forget that we have the French and German elections taking place next year. Why is this important? Because with Hollande and Merkel, she faces a softer audience for beginning negotiations than she would under governments who, after elections in March 2017 (France) and October 2017 (Germany), may have to pay heed to the calls from the more radical National Front and Alternative für Deutschland; two Eurosceptic parties unlikely to act kindly towards a country that has shrugged her cousins across the channel off her shoulders.

Once Article 50 has been invoked, May, along with her advisers, will have two years in which to establish a new relationship with Europe and, as the FT cites today, she hopes to ‘hold informal negotiations before the procedure formally begins’, although some EU leaders will not be happy about this.

In her address at the Conservative party conference on 2nd October 2016, May continued to place emphasis on the need for controls on migration, even at the risk of exiting the single market and negotiating new treaties so as to put an end to the jurisdiction of European say so in this regard.

In addition to invoking Article 50, May also plans to repeal the 1972 European Communities Act giving direct effect to EU law in Britain, although she has said that all existing EU laws will be transferred into domestic legislation.

A copy of May’s speech can be seen here:

In so far as the Eastern European member states countries are concerned, Hungary’s referendum has fallen foul of Viktor Orban’s hopes to challenge EU legislation in regard to their intake of migrants. Only 42.2% of the electorate turned up and in order for a referendum to be legally binding, that figure has to be 50%. In recent times, Orban has tried to convince Hungarians that immigration is a ‘poison’ that threatens the nation’s survival.

Meanwhile, over in the Czech Republic, Czech president Milos Zeman has called for many migrants who arrived in Europe last year, economic migrants and those not fleeing war torn countries, to be deported. ‘I am for the deportation of all economic migrants. Of course I respect the cruelty of civil war in Syria, Iraq, and so on. But we do not speak about these people, we speak about economic migrants’. His concern is that migrants coming from an Islamic culture do not integrate well and fuel the rise of extremist violence.

These political voices echo those of the other countries in the V4 bloc (Czech Republic, Hungary, Poland and Slovakia), former communist countries who have also expressed concern at tidal wave of immigrants reaching their shores.