US Politics: There was an old man called Michael Finnegan ….

Home / Articles / US Politics: There was an old man called Michael Finnegan …. 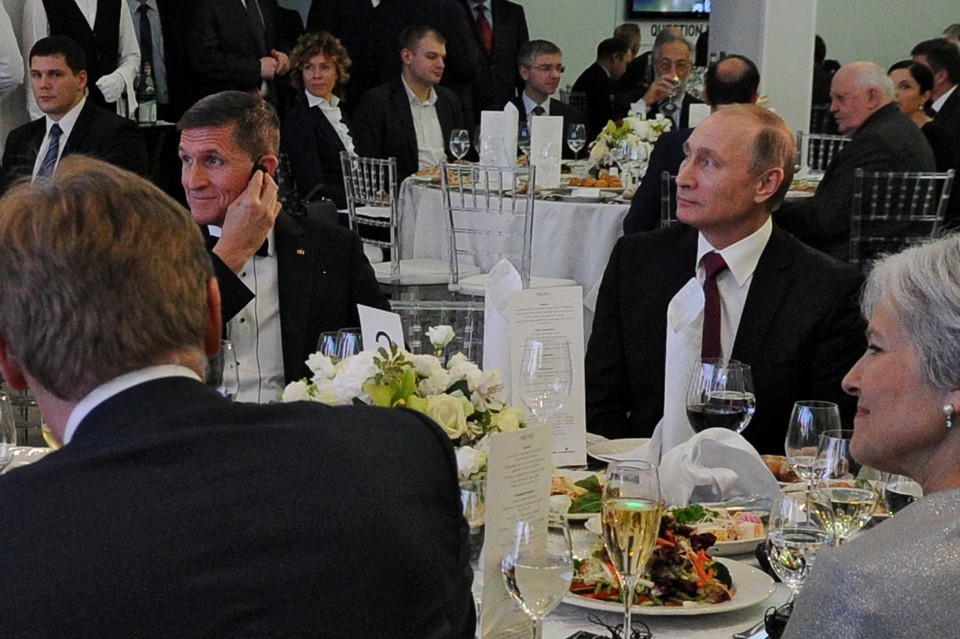 US Politics: There was an old man called Michael Finnegan ….

Ok, so not Finnegan but Flynn; Trump’s national security adviser (or at least he used to be).  Why is he all over the news?

On Monday evening, Michael Flynn was fired by Trump (or resigned, whichever way you like to put it), for allegations that ‘he had misled vice president Mike Pence about the nature of calls he had with the Russian ambassador to the US during the transition to power’ (FT, 15.2.17).  Basically he provided inaccurate information about the content of some telephone discussions he’d had with the Russian ambassador, Sergey Kislyak.

The calls were recorded by US intelligence and reveal Mr Flynn discussing new sanctions or an extension of sanctions proposed by the Obama administration following Russian hacking of government e-mail servers, namely Democratic ones, in an effort to undermine Hillary’s Clinton’s campaign.  Making a false statement to the FBI is a serious offence and that’s what Flynn has done, although on reflection, he later admitted that he may have mentioned something along those lines.

The problem is that when asked, Flynn lied about it.  Had he not done so, according to the short video the FT have made (see link below), there would have been repercussions but he would have survived.  The FT suggest it is due to Mike Pence’s embarrassment over being lied to that Flynn has been punished so severely.

Who is going to stand in for him in the interim?

Will there be a Select Committee to investigate the connections between Moscow and members of Trump’s team?

The following article will help in understanding the role of US Committees and Select Committees, both of which are mentioned within this article:

So far, the idea of establishing a select committee to look into the links of Trump’s staff with Russian officials is one that has been rejected.  There are already investigations ongoing (see below).

The FT quotes Republican Senator Lindsey Graham as saying that had there indeed been campaign contacts between Trump officials and Russian intelligence officers, the matter would be serious and would justify the forming of a select committee to investigate.  Her concerns echo those of many Democrats and some Republicans.

How is a Special Committee created?

Creating a special committee or commission requires the consent of both parties.  The idea is more likely to gain traction if the Intelligence Committee or others in Congress, the ones who are pursuing questions about Russia, manage to uncover compelling evidence.  This would make it hard to resist demands for a deeper and more public investigation (www.warner.senate.gov).

Are there any existing Committees looking at the alleged Russian hacking of Democratic e-mail servers during the election campaign?

Yes.  The House and Senate intelligence committees are already examining Russian interference in the election.  On 9th December 2016, President Obama directed the Intelligence Community to conduct a full review and produce a comprehensive intelligence report assessing Russian activities and intentions in recent U.S. elections.  This review has now been published.

Republican Senator Richard Burr chairs the Select Intelligence Committee with the assistance of Senator Mark Warner, Deputy Chair on the Democratic side.

The committee’s new investigation into Russia was launched in January 2017 and focuses on three issues:

How is all of this affecting US relations with Russia?

Not great.  Russia’s initial jubilation over Trump coming to power is coming to an end.  On Tuesday, Trump and his spokesman commented that Russia had taken Crimea and should give it back to Ukraine.  A bit of a turnaround after Trump’s initial soft stance on Russia and talk of softening sanctions that were put in place after the problems in East Ukraine.  According to the FT, Russia’s foreign office have retorted saying: ‘We don’t give back or own territory’ (FT, 15.2.17).  Tee hee.  It’s like watching two children having an argument on the playground.

Furthermore, Putin’s spokesman Dmitry Peskov, has said that the Kremlin ‘would refuse to negotiate the status of the Crimean peninsula, which it annexed from Ukraine in 2014 amid widespread international condemnation’ (Max Seddon, FT, 15.2.17).

Max Seddon in the FT quoted one of Russia’s most popular tabloids, Moskovsky Komsomolets, who ‘compared Mr Flynn’s resignation with Joseph Stalin’s purges during the Great Terror’, (FT, 15.2.17).

In the same article, former head of the FSB, (the KGB successor agency), Nikolai Kovalev said: ‘This is disinformation, there’s an information war against Trump’ (FT, 15.2.17).

According to the Atlantic (14.2.17), Alexey Pushkov, a member of the upper house of the Russian parliament, tweeted that  he the investigations into Flynn were a witch hunt.  In another tweet he suggested that Trump would be next.  I would post a link to the tweet but it’s in Russian, so no point: even Pushkov’s name is different in Russian.

The Atlantic article makes the following observations: ‘it’s a Russian official defending an American national security adviser as one of their own’ (Atlantic, 14.2.17).

The speaker of Russian’s upper house of parliament, Valentina Matvienko, has said that preparations are underway for Trump and Putin to meet in person (Max Seddon, FT, 15.2.17).

And as to the allegations that Russian intelligence officers were in close contact with Trump’s team in the lead up to the elections, the Kremlin have denied these.

What next for Trump?

Trump has expressed admiration for Russian President Vladimir Putin and a desire to improve relations since the beginning of his campaign (Atlantic, 14.2.17).  In return, Putin defended Trump following leaked information saying that Russian surveillance cameras had video footage of Trump and a trio of hookers doing pee pees on each other in a Moscow hotel room.  (Putin also said that Russian hookers were ‘the best in the world’, while he was at it).

There have been concerns amongst Democrats and Republicans that their new president is too soft on Russia; further concerns that he may have pre-existing ties with them, perhaps even business interests.  Trump has denied this and furthermore, as he won’t release his tax returns, we don’t know.

There were rumours that Trump was prepared to negotiate on the sanctions that were put in place after Russia’s incursion into Eastern Ukraine, although Tuesday’s comment about their annexation of Crimea and giving it back doesn’t really reflect this.

If, when Flynn is under investigation over the coming months, it is revealed that Flynn’s contacts with Russian officials were authorised by Trump, Trump himself could be placed under investigation (see the short FT video on 4 questions about Flynn’s resignation below).

And here’s a nice quote to finish off with:

‘Short of Putin being seen [as] having a remote control to control Trump, the Russia thing in and of itself is not what leads to an ultimate breakdown between congressional Republicans and the White House.  There would have to be a lot of other contributing factors’ (FT, 15.2.17).

I quite liked the image of Putin sitting behind his desk with a remote control and maybe a fluffy white cat atop the desk too sipping vodka out of a porcelain bowl.  Who knows?

FT article on Russia’s receding hopes of a bargain with Trump, 15.2.17:

Article on pressure that is being put onto the Senate Intelligence Committee to deliver on the Russian investigation, 15.2.17:

Official link to US Senate Select Committee on Intelligence with Richard Burr as Chairman and Mark Warner as Vice Chairman:

Newsweek article, with video, on Flynn’s resignation and the Senate investigation, 15.2.17:

Michael Flynn with Vladimir Putin in Moscow, 2015.  Original image by Michael Klimentyev for Sputnik, Russia.  Several papers have reproduced, including the  FT and the Washington Post.  This one is from the Atlantic: