Nigeria goes to the polls – the election of February 2019 (UPDATEDx2) 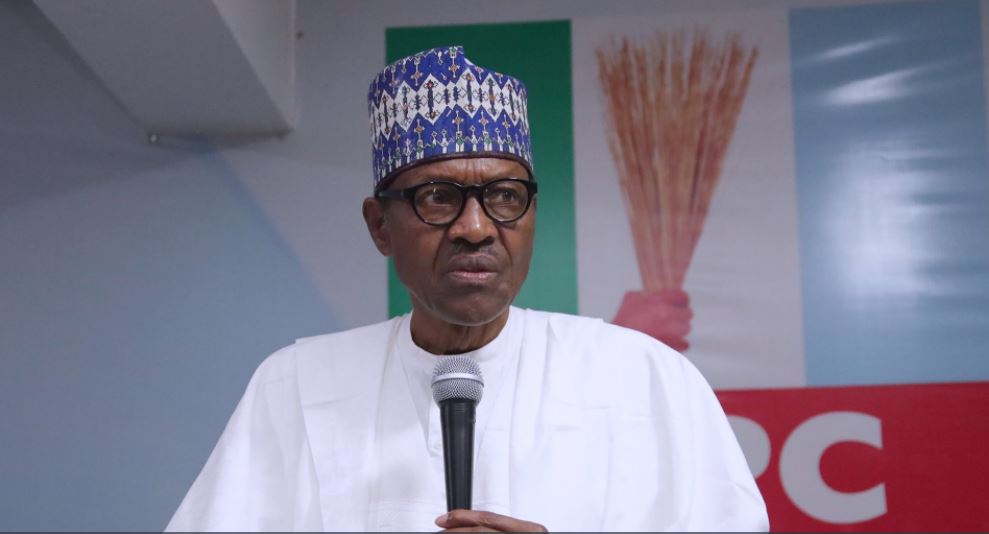 Nigeria goes to the polls – the election of February 2019 (UPDATEDx2)

President Buhari (APC party) was declared the winner of the election by Nigeria’s Independent National Electoral Commission, with 15 million votes compared to his rival Atiku Abubakar’s (PDP party) 11 million votes. The results revealed a regional divide, with the north and west voting for Buhari and the south and east for Atiku.

The turnout in the election was low, at 36 per cent – the worst in Nigeria’s electoral history. The last postponement of the election must have been a factor in preventing some voters from reaching the polling stations. There was also some political violence around the country during the election period, and the opposition continues to dispute the validity of the vote count, calling the outcome a return to ‘military dictatorship’.

Counting is not yet (1 March) finished for the parliamentary elections but the President’s APC party has a majority in the Senate. The count so far has produced a number of upset results in both directions, with long-established power brokers losing influence in several states.

Elections will take place on 9 March for the governorships of the majority of Nigeria’s 36 states.

Nigeria, the largest country in Africa by population with just over 200 million people, goes to the polls on Saturday 23 February. Although it has had spells of military rule in the past Nigeria has been under civilian rule since 1999 and had a peaceful democratic transfer of power between political parties at the last elections in 2015.

Nigeria is an extremely diverse country, with over 250 ethnic groups. The largest single ethnic group, the Hausa, comprise around 27 per cent of the population. Northern Nigeria is mainly Muslim while the south is mainly Christian and there are a number of people who follow traditional religions; about half the population is Muslim and about 45 per cent Christian, although these numbers are very approximate.

The principal industry in Nigeria is oil, although the country is also a business hub for much of west and sub-Saharan Africa. Oil accounted for over 90 per cent of Nigeria’s export earnings in 2013 and still provides over half of the government’s revenues through taxes, agreements with multinationals and state ownership of production and refining of oil. Like many countries that have depended on selling oil and petroleum products, the fall in the world oil price in 2015 has created economic and social problems.

Nigeria is a rich country in terms of its natural resources and some of its businesses, but it is very unequal. Around 70 per cent of the population are below the poverty line and health and education services are generally poor. At the top, there is a significant urban middle class and a small number of very wealthy people. Corruption, inefficiency and bad infrastructure are a severe hindrance to improving life for Nigerians in general.

What are the elections?

The elections are happening at the end of the regular four year term of office since the previous elections in March 2015.

Elections take place for the President and all of the federal legislature (House and Senate). There will also be elections for 29 of the 36 governors of the states that make up Nigeria. It is therefore the main election day of the election cycle in Nigeria.

The Presidential election is basically decided by a simple plurality of votes cast for a candidate. However, there is another hurdle the winning candidate needs to clear, namely a minimum share of 25 per cent of the vote in two thirds (24) of the 36 states. This provision is intended to ensure that the President has significant support across this large and diverse nation.

There are 360 members of the House of Representatives who are elected by simple plurality in single member constituencies, as MPs are in the United Kingdom.

There are 108 Senators, also elected in single-member plurality constituencies.

The two main parties in Nigeria are the All Progressives Congress (APC), founded as an alliance of smaller parties in 2013, and the People’s Democratic Party (PDP). The PDP had held the Presidency from the end of military rule in 1999 until the elections of 2015 when the current President Muhammadu Buhari was elected as the candidate of the APC. His allies in the APC also won a majority in the House and Senate, but there were significant defections of members of parliament away from the APC during the term of the last parliament. The APC lost its majority and the PDP had effective control over House and Senate by 2018. 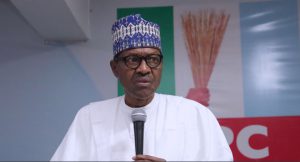 The two parties are broad alliances of different political forces, and politicians are often influenced as much by personal gain as ideology or constituency interests. Switching sides is not uncommon and presidential candidate Atiku has left the PDP twice for other parties only to rejoin.

At these elections the main difference between the candidates is about how best to revitalise Nigeria’s oil industry. Buhari’s approach is for the government to lead the process and form public-private partnerships while Atiku is more interested in privatisation and may sell off all or part of the state-owned Nigerian National Petroleum Corporation. Both candidates have previous experience in energy policy. In a country where allegations of corruption are frequently made (and are frequently accurate), Buhari is the candidate who has experienced less suspicion on these grounds.

The two Presidential candidates are both Muslims from the north of the country, but they still need to appeal to Christian regions in the south. Despite the ethnic and religious division and the violence of the Islamist Boko Haram movement, identity issues are not at the forefront of the election. Nor were they in 2015 when Buhari defeated the previous president Goodluck Jonathan, who is a Christian from the south.

In October 2018 the Economist Intelligence Unit predicted that Atiku would win but the election was widely regarded as being close and competitive and the outcome was uncertain. 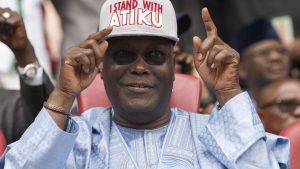 Holding the election is a challenging exercise for Nigeria’s electoral commission. Ensuring that the 84 million people entitled to vote can do so in peaceful and free conditions is not easy. It is particularly difficult in the areas in the north of the country where Boko Haram has been engaged in armed conflict; the 2015 election was delayed several weeks because of the rebellion.

It is also difficult to prevent official security forces and political organisations with the support of the national and state governments from exercising undue influence on voters. It will be important to the future of Nigeria to have a result that is not tainted by allegations of fraud and corruption, as the recent elections in the Democratic Republic of Congo have been. The Nigerian state, despite problems of lower oil revenues, inefficiency and corruption, does at least now have a record of democratic government and is more resilient than the much poorer and more damaged DRC.

Election postponed by a week

The Independent National Electoral Commission (INEC) met early on the morning of the scheduled election day, 16 February, and announced that the election would be postponed by one week and would now take place on 23 February. State elections will be postponed into March.

Both major political parties in Nigeria expressed disappointment with the decision. Many people had made arrangements to travel or postpone travel so that they could vote, and will be inconvenienced by the INEC ruling. Nigerians are familiar with disinformation (fake news) and may well not believe the news and decide to try to vote anyway. The postponement added to the tension around the election. 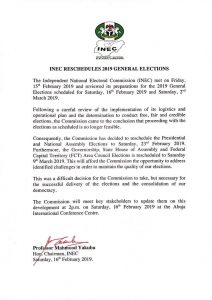 Matthew T Page and Sola Tayo ‘Countdown to February 2019: A Look Ahead at Nigeria’s Elections’ Chatham House paper via https://www.chathamhouse.org/publication/countdown-february-2019-look-ahead-nigeria-elections