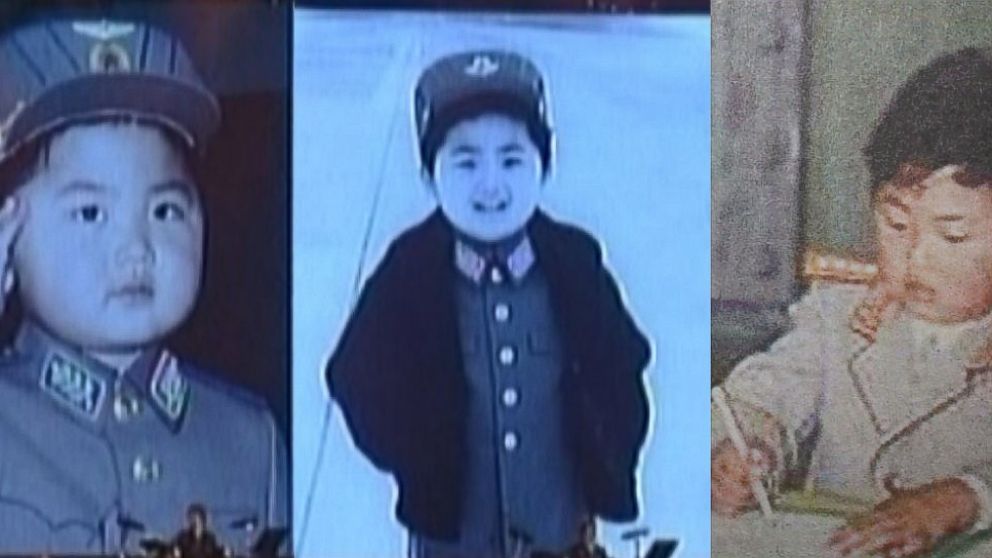 Who is that cute little child above?

That would be the North Korean leader Kim Jong Un as a child in uniform.   The photographs were released by North Korean Central Television (KCTV) and made available during their coverage of the Moranbong Band (an all female music group) performance in April 2014.

So what is going on?  Why are we talking about this?

Unless you’ve been hiding under the duvet for a couple of days,  you will have heard about North Korea’s trouble making antics on the news.  On Sunday, North Korea launched a medium range ballistic missile.  During this time, Japan’s Shinzo Abe was visiting Trump in Washington with his wife.  The missile travelled 500km (310 miles) before landing in the Sea of Japan (you can see where this is on the maps below).  Under UN Security Council resolutions, North Korea is prohibited from carrying out ballistic missile launches.  Emergency meetings have been requested by Japan, South Korea and the United States. Whilst North Korea carried out a fair few of these tests in 2016, this is the first one since October 2016 and therefore the first during Trump’s presidency.  North Korea is definitely not going to go away any time soon.

Second, the Supreme Leader has only gone and topped his half-brother (or rather, hired some assassins to do so)

Well it’s par for the course really.  Shortly after Kim Jong Un became North Korea’s Supreme Leader in 2011, he had his own uncle, Jang Sung-taek, executed in December 2013.  His uncle was a North Korean General and was accused of being a counter revolutionary.  When his uncle’s wife and Kim Jong Un’s Aunt tried to complain about the execution, she was poisoned shortly after in May 2014. The Telegraph article cited below gives a good timeline of executions under Kim Jong Un: not only alleged rivals but those of family members and allies.  You will see when you look at it that his half brother, Kim Jong Nam, now tops that list.

How did this happen?

Well his half brother was at Kuala Lumpur International airport on his way back to Macau, having just visited Malaysia.  He has been living in exile under Chinese protection in Macau for some years now with his second wife, son and daughter.  As he waited to board his flight, one girl is said to have approached him and sprayed him with something in the face.  A second attacker, another woman, then covered his mouth with a handkerchief, holding it there for about ten seconds.  Kim Jong Nam died shortly thereafter.  He was 46.

Has anyone been arrested yet?

According to the FT, a 28 year old woman with a Vietnamese passport has been arrested by Malaysian police.  The Telegraph says there were 6 suspects in total: two women and four men (one of them was the taxi driver who dropped off the women).  The suspects are Vietnamese and North Korean.

What are they saying in North Korea about the murder?

Nothing.  According to the Telegraph, an unofficial spokesman for Pyongyang who is based in Japan claimed that: ‘Kim Jong-nam was not dead and reports of his assassination are a plot to discredit North Korea and deflect attention from political unrest in South Korea’ (Telegraph, 15.2.17).

Furthermore, the same article also says: ‘Kim Myong-chol, executive director of The Centre for North Korea-US Peace, told the Telegraph on Wednesday that the man killed in Kuala Lumpur on Monday is not the half-brother of North Korean dictator Kim Jong-un.  “That is not him and it is not a relative of Kim Jong-un”, he said. “If you listen to his accent, it is clearly South Korean and this is all a red herring”‘ (Telegraph, 15.2.17).

According to the FT today, there has as yet been no mention of the death of Kim Jong-nam in official North Korean media.

Is there any way of them finding out?

What are relations like between Malaysia and North Korea?

Malaysia is one of the few countries that is open to North Korea and this might just undermine existing ties.  Last week Kuala Lumpur and Pyongyang, who maintain diplomatic relations, signed a memorandum of understanding on deepening cultural exchanges (FT 15.2.17).  Following the murder/assassination, senior North Korean officials have traveled to Kuala Lumpur to request that no autopsy is carried out there but their request has been denied.

Background on Kim Jong-nam (from FT article below)

Born in 1971 in North Korea.  He was cloistered away from the world and raised by his grandmother in luxury.  Apparently he had no interaction with other children or people.  His father, former North Korean leader Kim Jong Il (also the father of the present Leader; they just have different mothers), visited only on special occasions with presents worth hundreds of thousands of dollars.

His father attempted to hide him away from his grandfather who did not approve of his mother, a former actress and  5 years older.  He did escape North Korea later in life by attending schools in Switzerland and Russia where he is said to have enjoyed the nightlife.  His mother, somewhat embarrassed by his party lifestyle, called him back to North Korea but he had no interest in taking up a life in politics.

Why was he living in exile?

He was scared, basically.  In 2012 he wrote to his half brother pleading with him to spare his life and the lives of his family.  Kim Jong Nam had been living under Chinese protection in Macau with his second wife and two children; one son and one daughter.  His first wife and his eldest daughter have been living under Chinese protection in Beijing.

Do China and North Korea get on?

Beijing have harboured Kim Jong Un and his family, including his first and second wife, for years.  They were ‘livid’ when Kim Jong Un executed his uncle (FT, 14.2.17).

China and North Korea are very close to each other geographically.  It therefore places great importance on maintaining a friendly relationship.  According to The Diplomat, a magazine based in Japan covering news in the Asia-Pacific region: ‘China is aware that North Korea’s possession of nuclear weapons would severely threaten the security environment of China and all of Northeast Asia’ (source below).

What about his children?  Are they in any danger?

Kim Jong Nam has a son, aged 21, from his second marriage.  When he was 17, Kim Hansol (the son), gave an interview to a Finnish TV station in which he expressed guilt at having grown up in a life of luxury whilst so many North Koreans starved.  During this interview he referred to his uncle, the Supreme Leader and his father’s half brother, as a dictator.  He also expressed his desire for a unified Korea.

In 2011, Kim applied for a place at a UWC school in Hong Kong.  He was offered the place but Hong Kong subsequently denied him a visa.  As such, he went to UWC Mostar; the same school but with a campus in Bosnia Herzegovina.  Here’s the one he went to, if you are interested: https://www.uwc.org/school/uwc-mostar-0.  UWC has 17 schools and colleges worldwide. They were established with the aim of bringing together students from conflict zones with the goal of healing ethnic divisions after the Bosnian/former Yugoslav wars of the 1990s.

After that, in 2013, Kim attended the prestigious Sciences-Po university in France.  Following the execution of his uncle in December of that year, he was placed under police protection.

Kim has expressed an interest in politics and humanitarian activities.  He has said that North and South Korea share the same language and culture and are divided solely on the basis of political issues.

It is said that he has returned to Macau to be with his family and is under the protection of Chinese authorities (Telegraph, 15.2.17).

Where is Korea in relation to China and Hong Kong?

There are some maps below to help you.  The first two show you the location of Macau in relation to North Korea, China and Hong Kong.  Macau is where Kim Jong Nam’s second wife resides with her son (Kim) and daughter.  Macau is a Chinese territory.  Kim Jong was on his way back to Macau from Kuala Lumpur.

The second two show the proximity of North and South Korea to China.  Kim Jong Nam’s first wife resides in Beijing along with their eldest child and daughter. 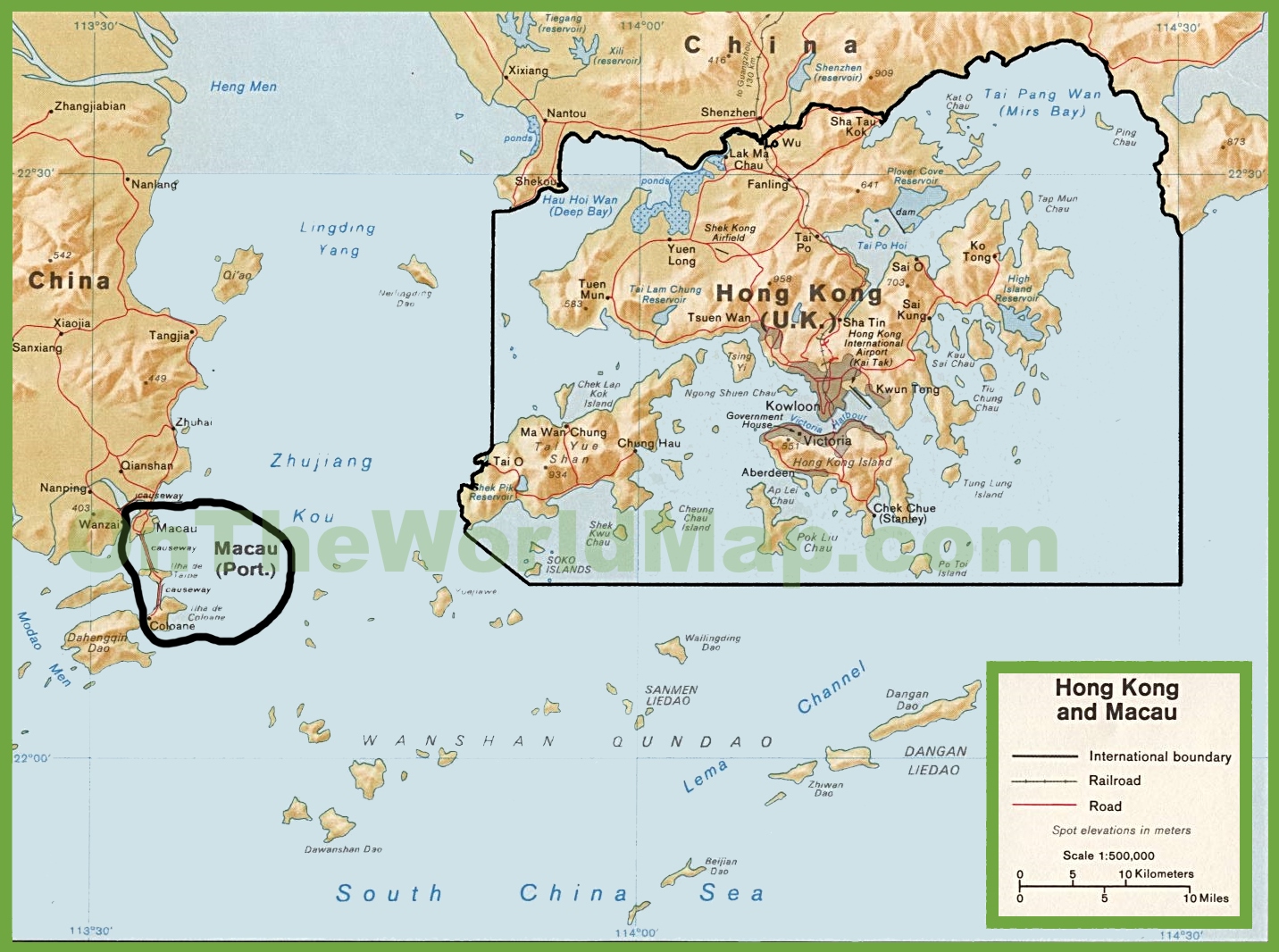 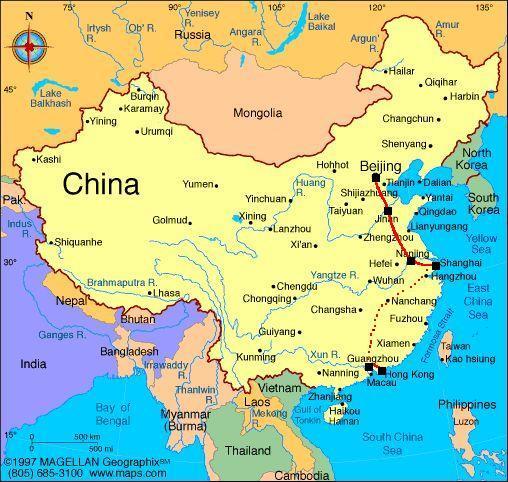 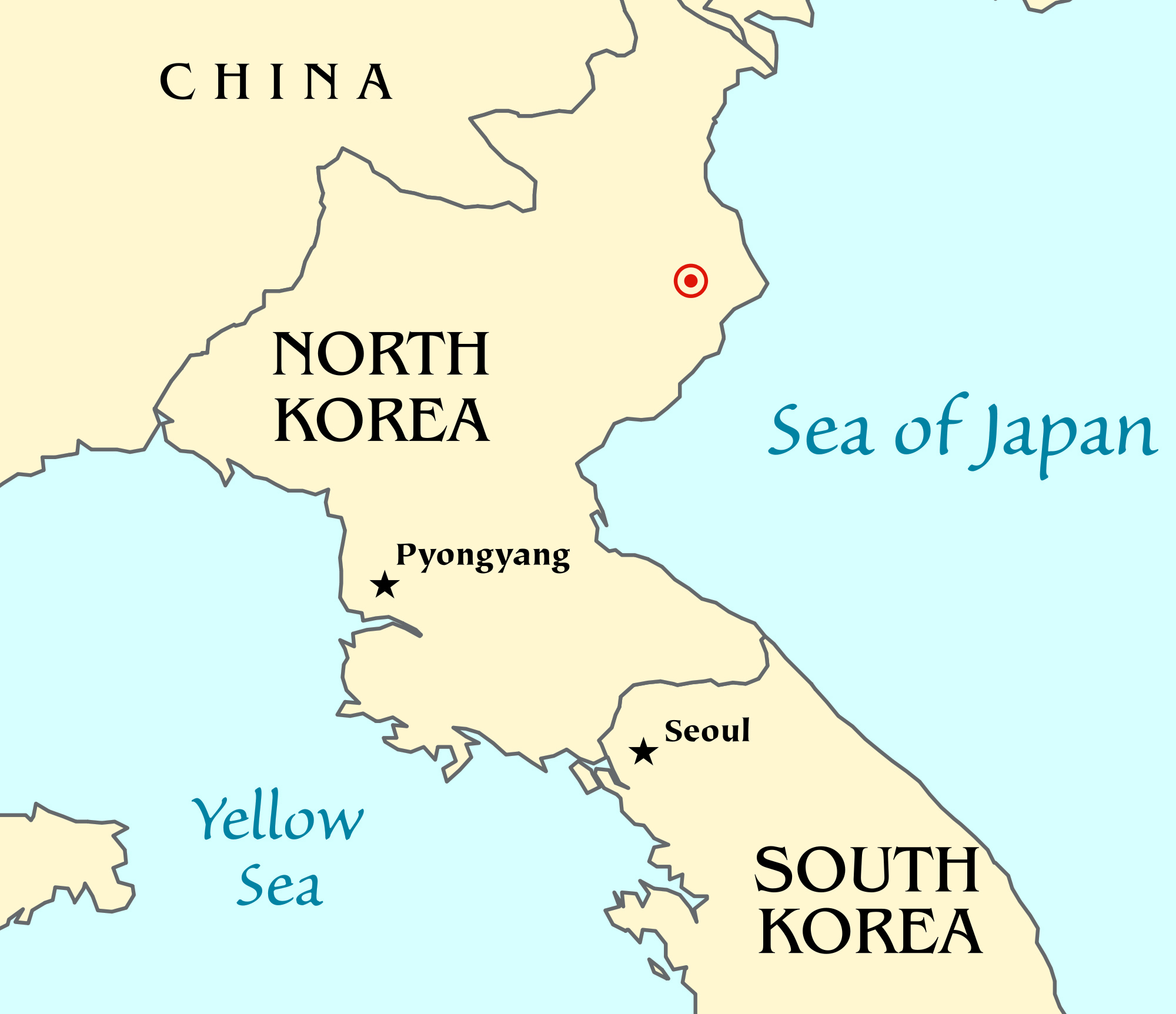 FT article on Kim Jong Nam’s request to his half-brother to spare his life and that of his family, 15.2.17:

The FT, (online version 14.2.17, printed version 15.2.17), cites Bill Bishop, a China expert who publishes the Sinocism newsletter on Chinese politics.  Bill Bishop is the one who, according to the FT, said that China was ‘livid’ about the execution of Jang Sung-taek, the uncle of King Jong Un.  The first link is to the newsletter; the second to the article cited in the newsletter:

Article in the Diplomat on why China/North Korea relations can’t be broken: