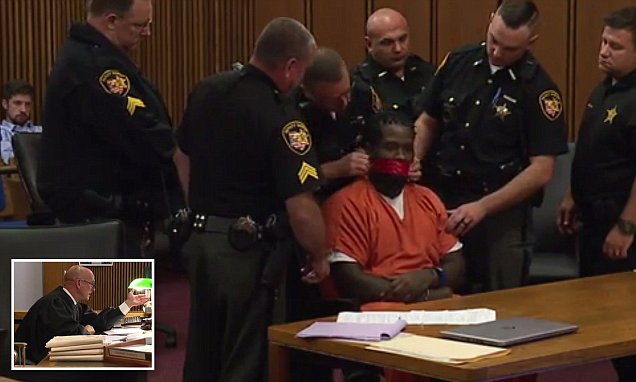 On Tuesday Judge John Russo, frustrated by a defendant’s refusal to stay silent when asked several times, instructed that his mouth be covered with duct tape.

I first saw this video when a friend showed it to me, and was immediately shocked that this had happened in a court of law. I asked my father, a criminal barrister in London, what he thought of the judge’s decision. He said that Russo’s decision would not be permitted in the UK, which made me wonder- why was it allowed in the US?

The defendant, 32-year-old Franklyn Williams, was being sentenced for armed robbery at the Cuyahoga County Common Claims Court. In December 2017, Williams was convicted of aggravated robbery, kidnapping, theft, misuse of credit cards and weapons charges. During the 2017 trial, Williams cut off his ankle monitor and fled Ohio. He was later arrested in Nebraska and brought back to Cleveland, Ohio for sentencing.

For these crimes, Judge Russo sentenced Williams to 24 years in prison. 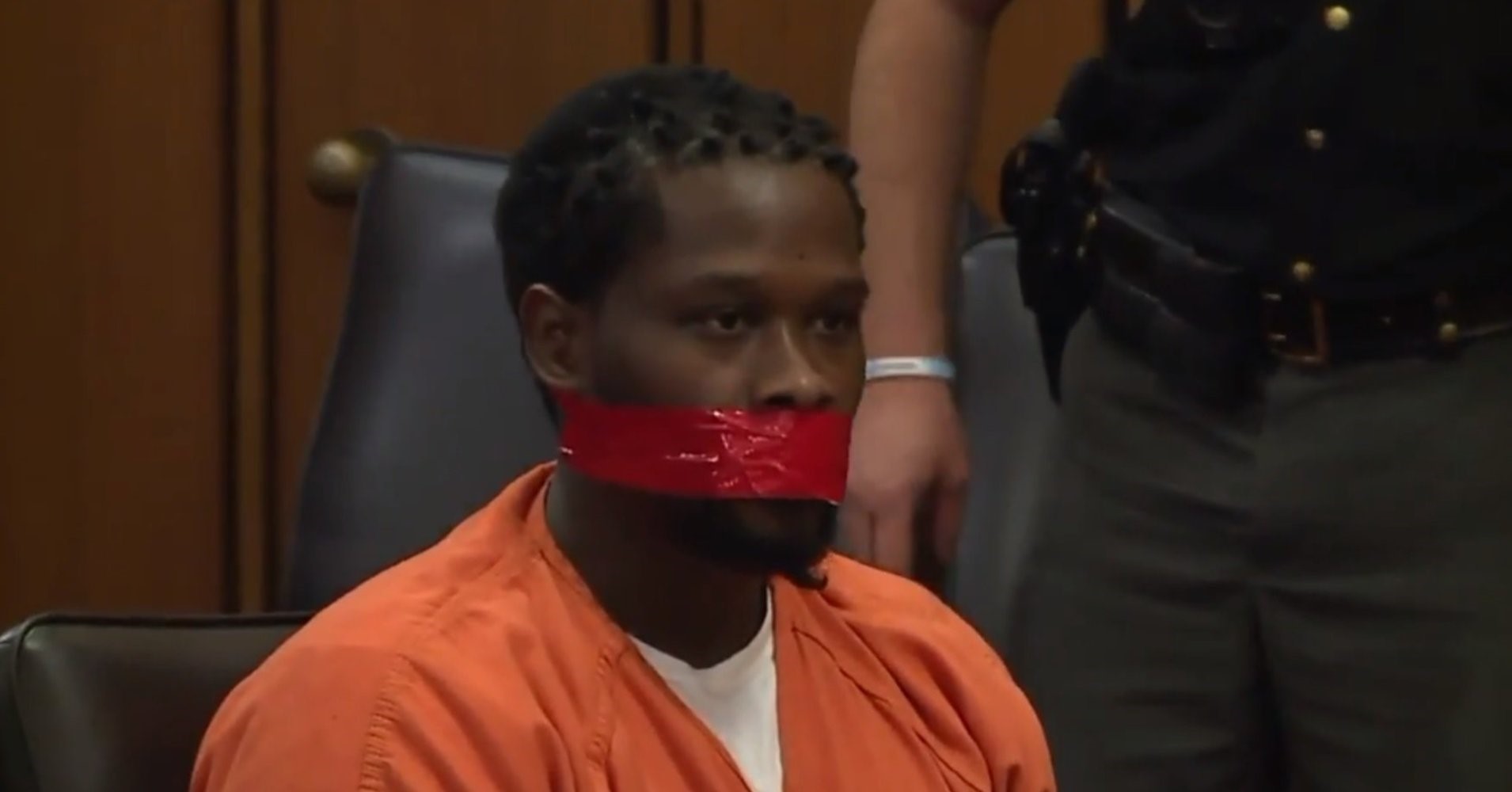 What happened in the courtroom?

A video of the hearing was released by Fox News and subsequently covered by other media outlets. It shows Judge Russo asking Williams to be quiet 12 times over the course of half an hour, before ordering the duct tape gag.

‘But you’re not letting me tell you what’s going on,’ Williams protests.

‘That means zip it. Right now. Does that make sense?’

Williams shakes his head. ‘No it doesn’t.’

‘Does the comment, ‘quit talking,’ do you understand that?’

‘You’re trying to take my life away, judge, and you’re not letting me tell you what’s going on.’ 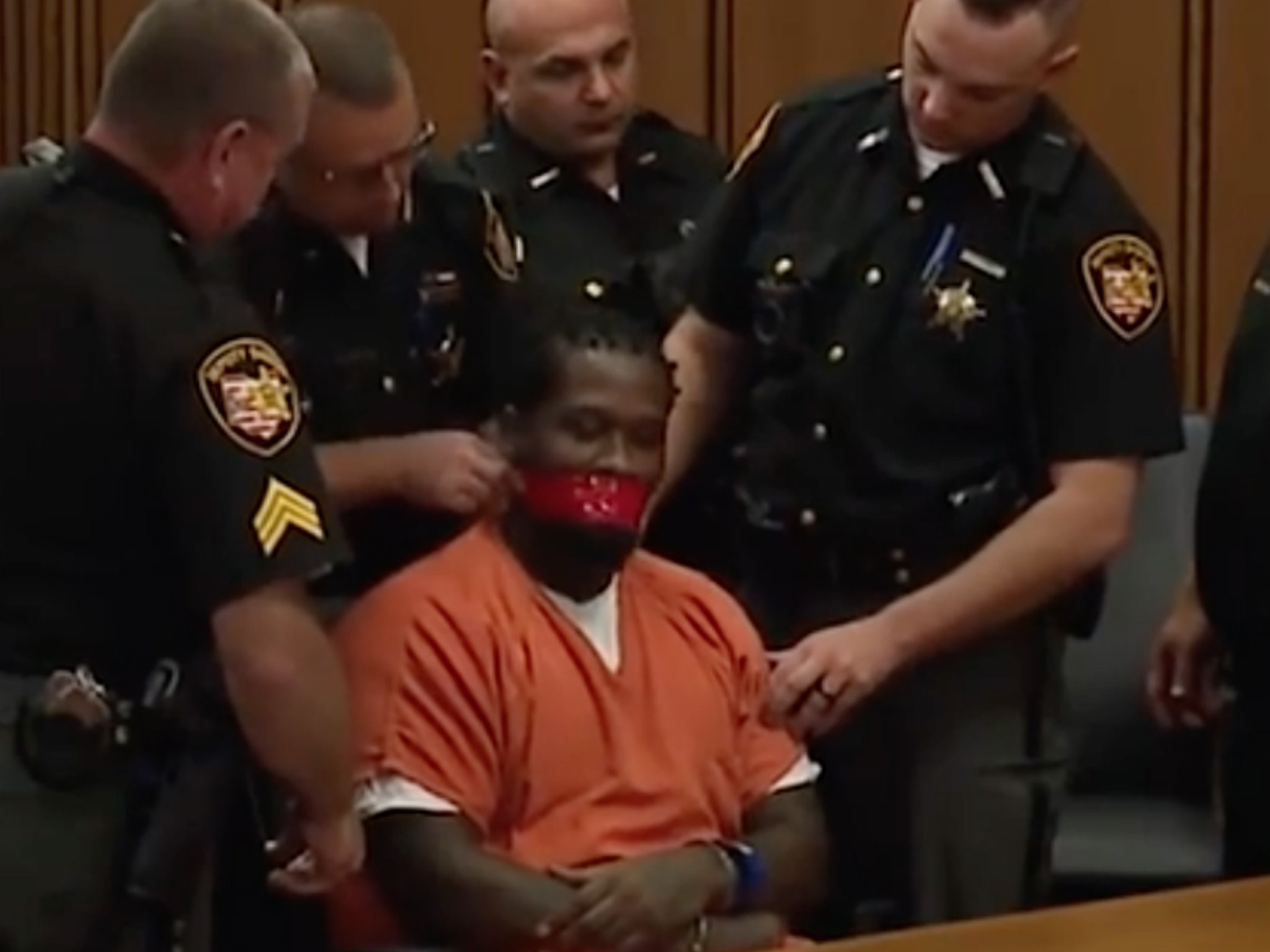 Police surround Williams in the courtroom

He claimed that ‘everybody has the right to go on the record with my court reporter. But we can’t do it at the same time or yelling over each other. My intent was never to silence Mr. Williams.’

Although it is uncommon, judges do occasionally decide to gag defendants if they are being disorderly. In 2013, according to NBC-DFW (another US news channel), a man was led away from a Houston courtroom for repeated outbursts, returning with a gag. In 2009 a defendant was gagged with tape on the orders of an Idaho judge, the Telegraph reported. (Telegraph, 22.04.2009)

At the time, the American Civil Liberties Union of Idaho refused to comment on specifics, saying that ‘on one hand judges have a right to keep order in their court and on the other the defendants have a right to assist in their own defense and be present at trial. Our hope is that judges employ the least restrictive manner of keeping order in their courts.’ (Telegraph 22.04.2009)

Ok it’s legal, but what are the implications?

For Williams’ case, however, the ACLU of Ohio were more explicit with their views. Elizabeth Bonham, the Staff attorney of the organisation was tweeted: ‘We cannot regard this as normal. It is humiliating. It doesn’t just deprive this person of the opportunity to speak before his life is taken away, it steals his dignity. Everything about this is wrong,’ 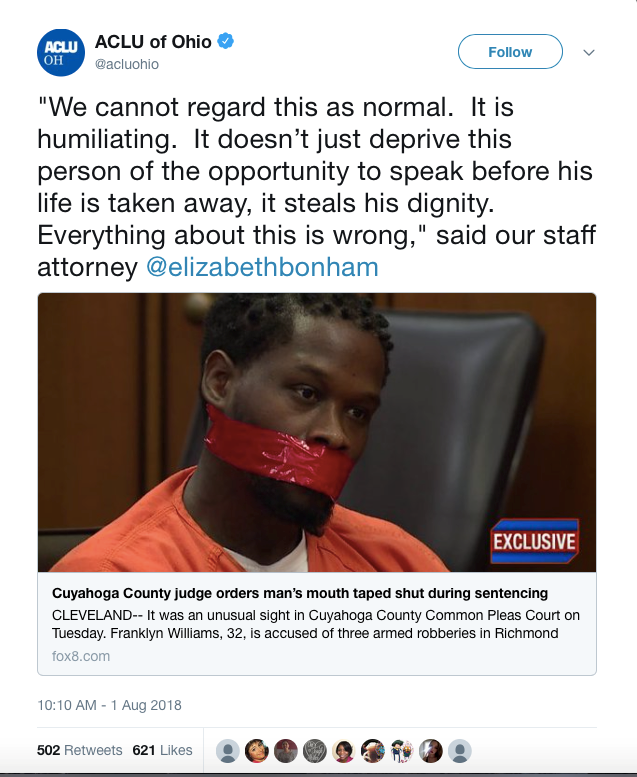