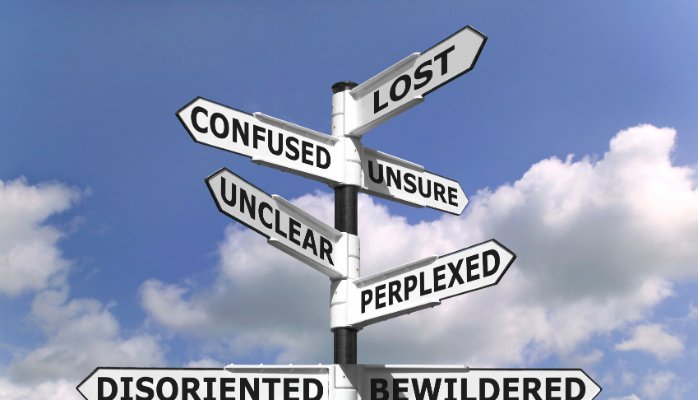 Understanding structures of government help us to understand the news, whether we reside in the country or not.  Unfortunately, systems of government are not really taught in the UK educational sector and this is why, I think, so many people can be intimidated by politics; right into their adult life.  It is certainly why so many young people are challenged by it.

The terminology is not always easy.  An article may tell us that a country has a ‘unitary state with a bi-cameral system’ or a ‘federal state’ or a system of ‘checks and balances’ but without a solid understanding of these terms from the outset, it can make deciphering political systems very complicated.  It is not merely enough to know what kind of system a government has in place; one also has to understand it.

Below are a series of explanations that should diffuse that cloud a little and make you feel like less of an outsider when entering into political discussions; indeed, it should help to clarify things and facilitate greater engagement in geo-political affairs that really are very interesting at the moment.

Examples of a unitary state: The United Kingdom and Northern Ireland; The Netherlands; The Philippines; Czech Republic; Republic of Ireland; France; Greece; Hungary; Iceland; Iran; Italy; Israel; Moldova, Montenegro; Poland; Slovakia; Slovenia; Turkey; Uruguay; Yemen and Romania.  There are others of course; these are just some.

Sub-Divisional parts of unitary states: Local governments can have a degree of autonomy from the central government; it does not all have to come down to one source of power.  Scotland, Wales and Northern Ireland all have a degree of autonomous power from Westminster which is devolved.  That devolved power was given to them by Parliament and just as it was given, Parliament also has the power to remove it, should it so wish.

This differs from the devolved powers in a confederation: here the regional powers have far more power and have power of veto over the central government (see below also).

In a federal state there is a relationship of equal parity between both levels of government; a division of power.

Example of a federal state: The United States.  Article 5 of the Constitution stipulates that three quarters of states must approve for an amendment to take effect.  In this way, states have a strong degree of protection from domination at the centre.

Briefly, the US system is divided into 3 chambers, each one providing a system of ‘checks and balances’ against the other.  The 3 chambers are as follows:

The Legislative Chamber: Congress (Congress has two sub-chambers: The House of Representatives and the Senate).

The Judicial Chamber: Supreme Court Judges and all the federal judges from the state courts.

Congress is bi-cameral.  It has a House of Representatives and a Senate.

Any legislation relating to raising revenue originates in the house of Representatives.

Senate has 2 Senators from each state, regardless of that state’s population.  There are 50 states so 100 Senators.  Each Senator serves for six years and they are limited to two terms; meaning that they can only be voted for twice and then must stand down.  The way that it works is that one third of the 100 stand for election/re-election every two years, so there is never a complete overhaul at any one time.  A good idea; a sort of ‘revolving door’ process.

The Senate approves many of the Presidential appointments: cabinet officers, federal judges, department secretaries, US military and naval officers and US foreign ambassadors.

How does the US system of checks and balances work?

The President elects his cabinet members but those cabinet members have to be approved by Congress.  He also appoints Supreme Court Judges, of which there are 9.  The Chief Justice leads them and the other 8 are known as Associate Judges.  Whilst the President proposes them, they also have to be approved by Congress, (namely the upper house, i.e. the Senate).  Both houses in Congress have to agree on any legislation that is proposed; it is then passed to the President for signature.  The President does have the power to veto any proposed legislation that has been passed by both Houses; whereupon it goes back to the drawing board for reconsideration/amendments.  Ultimately, Congress does have the power to override the President’s veto but it must have a two thirds majority in each chamber.  The Affordable Care Act (also known as Obamacare) is one such piece of legislation.  Bill Clinton started work on this under the watch of his wife Hillary who was put in charge.  There were very many objections to Obamacare, particularly from the Republican side, and by the time the proposed legislation had gone back and forth, it was not finally signed into law until President Obama was in office; one of his great legacies.  It remains to be seen whether the current President Trump manages to repeal this legislation.  One can but hope he doesn’t.

In terms of how the Supreme Court can influence legislation, they do have the power to invalidate any laws they deem to be unconstitutional.  A perfect example of this is the Executive Order that President Trump signed in January 2017 imposing limits on non-US citizens entering the country; namely those from the predominantly Muslim countries of Iran, Iraq, Libya, Somalia, Sudan, Syria and Yemen.  The Order imposed a 90 day ban until such time as improved measures could be adopted in order to vet potential Muslim extremists from entering the country.

Here is some more background on Trump’s Executive Order and the dilemma that it is facing in the courts:

NB: Confederalism differs from federalism, in that the regional confederate powers have seniority over the central government.

I find that if you have some knowledge of the roots of a word, it can help you to remember it more.

Although not a country, has a bi-cameral legislative system: the European Parliament, elected in personal elections; and the Council of the European Union, made up of members of governments from individual member states.

Also has a bi-cameral system.  The House of Commons, who are elected; and the House of Lords, who inherit the title (hereditary peer) or have one appointed (a life time peerage): the former passes down; the latter does not.  In terms of legislation, both houses have to agree.  If it is not agreed after TWO sessions (it gets passed back and forth), the government can override that by invoking a Parliament Act.  However, this can not be done on ALL occasions.  Some legislation has to be approved by both sides and cannot be forced through.

The House of Lords is known as the Upper House and the Commons the Lower.

A recent case in point is the triggering of Article 50 in order to commence Brexit negotiations.  In this instance, the Supreme Court upheld a lower court’s ruling which established that the Prime Minister, Theresa May, had to have the legislation passed by a majority in Parliament; that being both Houses: the House of Commons and the House of Lords.   The government in itself could not override this and trigger negotiations without passing it through both chambers.

The vote has now taken place in the House of Commons, with a majority voting in favour.  There were some who abstained from the vote (Nick Clegg being one); and some who voted against (Ken Clarke, Conservative MP, being another). Some Labour MPs have resigned in protest over feeling coerced by their leader, Jeremy Corbyn, into voting for something they did not believe  in.

Now that the vote has been passed in the House of Commons, the next stage will be the House of Lords.  Once that has taken place, Theresa May will then be in a position to commence Brexit negotiations.

Some further information can be found here:

Another bi-cameral system.  It’s two chambers are Parliament (Chamber of Deputies, the Lower House) and Senate (the Upper House).  Both chambers have the same role; which can sometimes make passing any new legislation somewhat protracted.  This is why former Italian Prime Minister, Matteo Renzi, held the recent referendum in November 2016: he wanted to alter the constitution that gave both parties equal power in order to simplify things and expedite proceedings.  Renzi proposed lessening the powers of the Senate and reducing the number of Senators from 315 to 100.  Furthermore, he proposed that these Senators no longer be elected directly; whereas those belonging to the Chamber of Deputies, would be.

Had Renzi’s referendum succeeded, it would have enabled the Chamber of Deputies to pass the majority of laws, including those relating to Italy’s budget, without seeking Senate approval.  (Exceptions to this were to include constitutional matters and ratifications of EU treaties).

Renzi’s reforms did not succeed and as promised, he resigned as Prime Minister shortly thereafter.

There were good arguments on both sides and these can be seen in the Guardian article below.  I myself would have voted in favour but I was only able to make this decision on the basis of having an understanding of politics and because I read both sides of the argument and spoke to many Italian friends.  However, I can empathise with some of the arguments from the other side.

These are just a small number of political terms but I hope that they are able to offer some insight into understanding how other countries work.

A good friend of mine, who incidentally only became a good friend after I came across his web site explaining how different political systems worked, (in great detail but in layman’s terms), also offers substantial insight into how different countries are governed.  His knowledge and experience are far greater than mine but it will not and does not prevent me from trying to explain things nonetheless.  We all have to start somewhere.