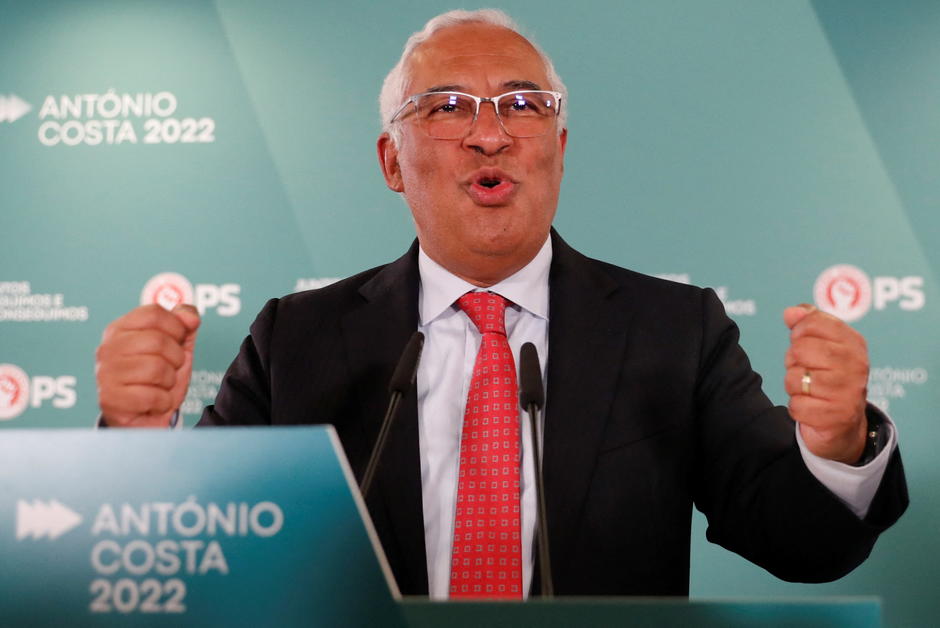 As predicted, Prime Minister Antonio Costa’s ruling Socialist party has won Portugal’s snap election. What was not predicted was that he would win a comfortable majority. Costa will now not have to strike alliances with other like minded parties, which he had been prepared to do. The only party he is reluctant to work with are the far right Chega party.

Final results gave his centre-left party 117 seats in the 230 seat parliament. This equates to 41.7% and he now has a majority government. His centre-right rivals, the Social Democratic Party (PSD), came second with 76 seats, equating to 28%. They lost 3 of their 79 seats from 2019. The far right Chega party increased its vote share from 2019 and came third with 12 seats, up from 1 in 2019. In fourth place was the Liberal Initiative Party, a newish party, with 10 seats: up 1 from 2019. They overtook both the Left Bloc and the Communists. The conservative Popular party (CDS-PP), a founder of Portugal’s democracy and a regular participant in government coalitions, lost the only 2 seats it had. Its’ leader Francisco Rodrigues dos Santos has resigned, (FT).

In the last elections in 2019, Costa’s party won only 108 seats. The Prime Minister governed in a minority government with support from the Portuguese Communist Party and the Left Bloc. This alliance was known as ‘geringonca’, Portuguese for ‘improvised solution’. The ‘geringonca‘ broke down over disagreements on the October 2021 budget proposals and both the Communist Party and the Left Bloc joined right wing parties to reject it. The parties that rejected the budget lost 20 of their combined total of 31 seats, as voters penalised the anti-capitalist Left Bloc (BE) and the hardline communists (PCP) by shifting to the PS, (FT). Both parties had pushed for too much in a budget proposal that is already the most left wing in Portugal’s recent history.

The Chega party is now set to be a significant force in the Portuguese parliament. This will be the first time since the 1974 revolution ended the Fascist-style dictatorship of the 1930s that the far right has been as strong, (Politico).

A stable government is good news in terms of implementing the forthcoming 16.6 billion euro package Portugal from the EU pandemic recovery fund over the next three years.

Snap elections were called in November 2021 when parliament rejected the budget proposals for 2022.

Make Me Aware article on background to Sunday’s election: http://www.makemeaware.com/event/portugal-general-election/

Details on Composition of Portuguese Parliament: