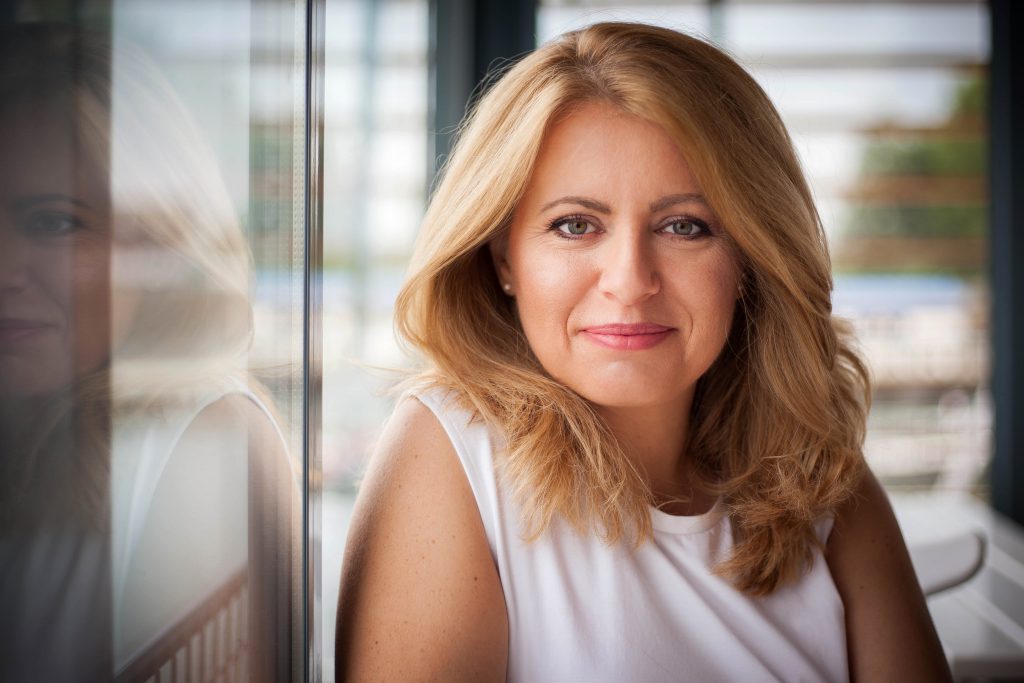 The first stage of presidential elections took place in Slovakia on Saturday, 16 March 2019; no candidate achieved an overall majority so the two leading candidates will go on to a decisive election on 30 March.

The President is the head of state, while the government is run by the Prime Minister who is responsible to parliament (National Council) whose last elections were in 2016. The President has some powers over the courts and political appointments.

There is a two-round system in the Presidential election. If no candidate obtains an overall majority (i.e. gets more than half the votes) there is a run-off election between the two leading contenders two weeks after the first round.

The incumbent President Andrej Kiska is standing down after a single term, having been elected President in March 2014.

The leading candidates are:

Zuzana Čaputova (pictured above), representing the recently formed (2014) Progressive Slovakia party. She is a lawyer who has campaigned against corruption, which is a powerful issue in Slovakia. Robert Fico, the leading figure in Slovak politics for many years, was forced out of office in 2018 by public anger after the assassination of investigative journalist Jan Kuciak. Charges were recently brought against a businessman alleged to have ordered the murder of Kuciak and his partner.

Čaputova won 40.6 per cent of the vote in the first round, with a large lead over the next best-placed candidate.

Maroš Šefčovič is independent but supported by the governing party SMER. He is currently European Union commissioner for energy policy and a career diplomat. Šefčovič came second in the presidential election on 16 March with 18.7 per cent of the vote, and therefore will go through to the deciding round against Čaputova on 30 March.

The third-placed candidate was Štefan Harabin, a supreme court judge and former justice minister who is standing as a populist candidate who favours dropping sanctions against Russia. He polled 14.4 per cent of the vote.

Marian Kotleba is the principal leader of the nationalist right wing in Slovakia, leader of the People’s Party – Our Slovakia and former governor of the Banska Bystrica region. He polled 10.4 per cent of the vote, despite having a reputation for being an admirer of fascism.

Ten other candidates contested the election, including candidates from the centre-right and from the Hungarian national minority within Slovakia.

The campaign will resume, but it is likely that Čaputova will win – she had more than double the vote for Šefčovič and it is unlikely that voters for the less successful candidates will swing behind the pro-government candidate in sufficient numbers. Both candidates left in the race are pro-EU and in the European political mainstream; Čaputova is more liberal and anti-establishment, and Šefčovič more social democratic and part of the establishment. Slovakia has long experience with nationalist populism, from its 1990s Prime Minister Vladimir Meciar and the dominant figure of the last decade Robert Fico (Prime Minister 2006-10 and 2012-18). It is perhaps for that reason that this election has been an exception to a pattern which has seen national-populist figures poll well in recent elections in central Europe. The populist forces in Slovakia were divided between the overtly far-right Kotleba and the more pro-Moscow Harabin and also tarnished by past experiences.

[…] have been coming in thick and fast in several countries. We have written about Nigeria, Senegal and Slovakia in other articles on the site but there have been several other important elections around the […]