Roe vs Wade: the threat against the freedom of American women

Home / Latest / Roe vs Wade: the threat against the freedom of American women 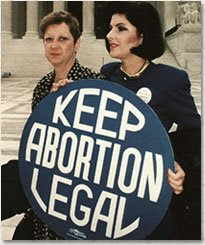 Roe vs Wade: the threat against the freedom of American women

Yesterday, U.S. Supreme Court stalwart, Anthony Kennedy, announced his retirement. At 82 years old this does not seem an unreasonable or selfish decision to make, however since 2005, Kennedy has been the swing vote on a number of issues that have created huge political divides between the American Left and Right. Kennedy has been responsible for the 5-4 rulings that legalised same sex marriage, upheld unwarranted wire-tapping and over-turned the ban on keeping loaded hand guns in Washington DC. Following his departure, the US President, Donald Trump, will have the responsibility to fill his position which has equally delighted and horrified the public. 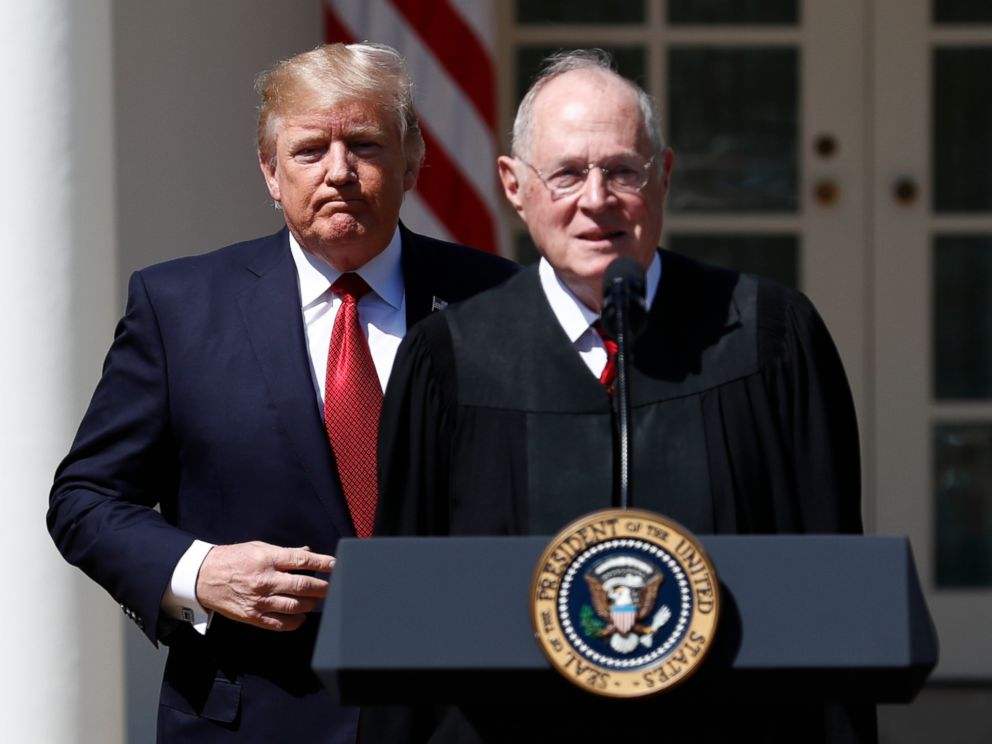 President Donald Trump and Supreme Court Justice Anthony Kennedy participate in a public swearing-in ceremony for Justice Neil Gorsuch in the Rose Garden of the White House in Washington, April 10, 2017

Another landmark case that Kennedy presided over was Roe vs Wade. The ruling that is considered a basic freedom in progressive countries is now potentially under threat with a number of last night’s US news broadcasts being dedicated to discussing the impact of its repeal.

What is Roe vs Wade?

Roe vs Wade was a court case filed by Norma McCorvey, who went by the anonymous pseudonym “Jane Roe” in court documents.

In 1969, McCorvey, a Texan, was 22, unmarried, and looking to terminate an unwanted pregnancy. But she couldn’t. In Texas, abortion was a crime unless a woman’s life was at risk. Similar statutes were in place in nearly every other state at the time.

So McCorvey, seeking to safely and legally abort her pregnancy, sued Henry Wade, the Dallas county district attorney, in 1970. The case went on to the Supreme Court.

What was the Supreme Courts decision?

On January 22nd 1973, the Supreme Court handed down the watershed ruling that a woman’s right to make her own medical decisions, including the choice to have an abortion, is protected under the 14th Amendment. 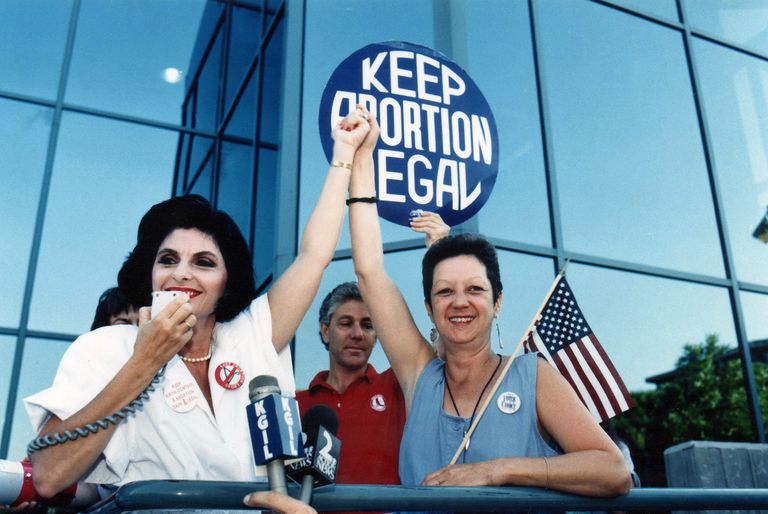 Gloria Allred and Norma McCorvey at a 1989 Pro Choice Rally.

What became of Jane Roe?

McCorvey was five months pregnant when she and her attorneys decided to sue. In June 1970, as the case worked its way through the legal system, her baby was born. McCorvey gave the baby girl up for adoption; the adoptive family has kept the child’s identity hidden.

For several years after the ruling, McCorvey lived a low-profile life. Then in the 1980s, she revealed herself to be Jane Roe, and became an outspoken pro-abortion advocate, even working at a Dallas women’s clinic where abortions were performed.  Years later, when a Christian group, Operation Rescue, opened next to the clinic she grew close with the group and in 1997 became a born-again Christian, traveling around the country to speak out against abortion.

What does Anthony Kennedy’s resignation mean for the ruling?

Kennedy was widely seen as a barrier to efforts to repeal Roe v. Wade despite his loose affiliation with the conservative wing of the Supreme Court, . In 1992, he sided with liberal justices in Planned Parenthood v. Casey, a decision that reasserted the court’s view that abortion access is protected by the Constitution, although he has sometimes ruled in favor of abortion restrictions in other cases.

President Trump, who previously described himself as pro-choice but in recent years has said he opposes abortion will nominate Kennedy’s replacement. The President’s conservative base are staunchly ‘Pro-Life’ and his potential candidates for the court are all known conservatives. New York Democratic Senator, Kirsten Gillibrand, a supporter of abortion rights, tweeted yesterday “The President just said the next Supreme Court nominee WILL come from his list of 25 judges that passed his overturning Roe v. Wade litmus test..” 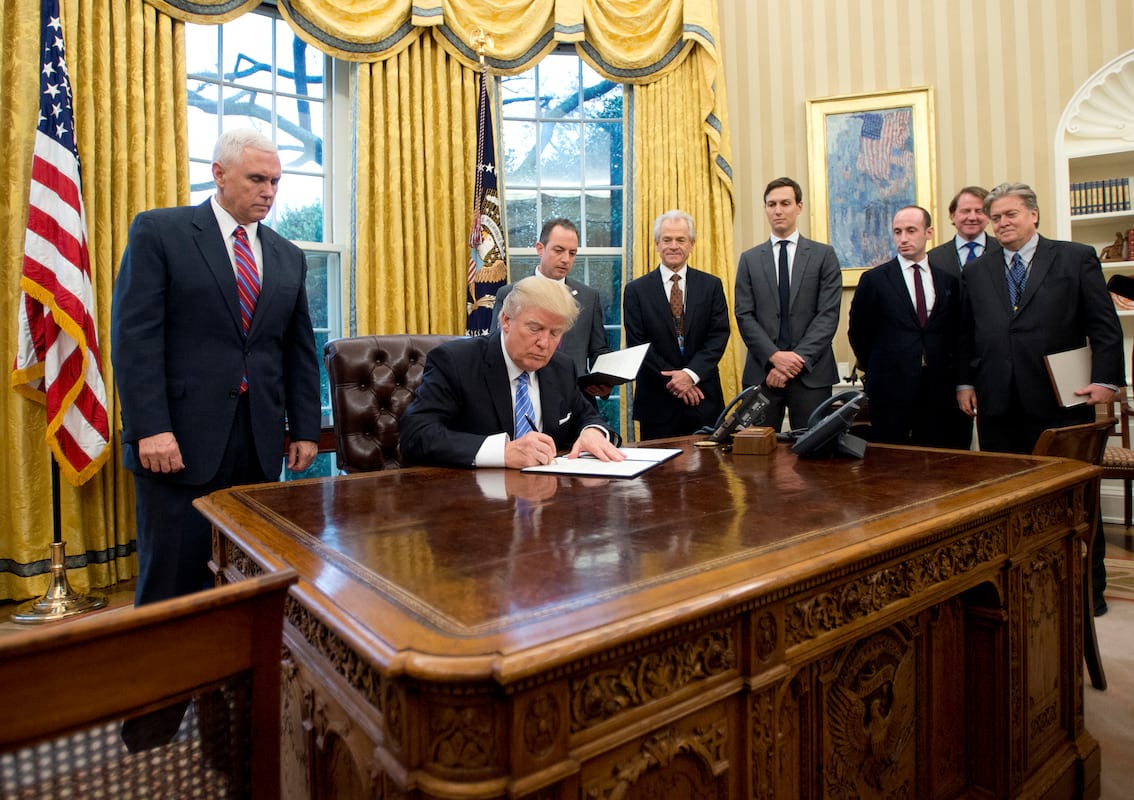 If Roe vs Wade is over-turned does that mean abortions will stop happening?

If Roe vs Wade is repealed it is likely that women would travel to either Canada or Mexico for a legal procedure, however women who cannot afford to travel could be at risk of illegal abortions.

Ireland recently voted to legalise abortion in a landmark decision for the country where every year, thousands of women came to England for abortions that were illegal at home, and punishable in Northern Ireland by life imprisonment. Although pressure is now growing on the government to reform Northern Ireland’s restrictive abortion laws after the UK supreme court concluded that they are incompatible with human rights legislation.

Can the over-turning of Roe vs Wade be prevented?

If Mr. Trump nominates a reliably anti-abortion justice, there’s no guarantee that the Senate would accept his choice. The Democrats could refuse to confirm any Supreme Court nominee thought to be anti-abortion, which would mean the Republicans (who control the chamber with 51 members compared to the Democrats 49) could only afford to lose one GOP senator, leading to Vice President Mike Pence delivering a tie-breaking vote. Although things are not looking good for the Democrats who are currently at risk of losing the Supreme Court as well as the Senate to the Republicans.

What is Roe v. Wade? Everything you need to know, NBC

Roe v. Wade: Then, Now, and What if? Janes Due Process blog

‘It was the scariest thing I’ve ever done’: the Irish women forced to travel for abortions, Gaurdian