Russia Poison Scandal: May calls it an ‘unlawful use of force’ and less than 24 hours after saying that the poison clearly came from Russia, US Secretary of State, Rex Tillerson, is sacked

Home / Articles / Russia Poison Scandal: May calls it an ‘unlawful use of force’ and less than 24 hours after saying that the poison clearly came from Russia, US Secretary of State, Rex Tillerson, is sacked 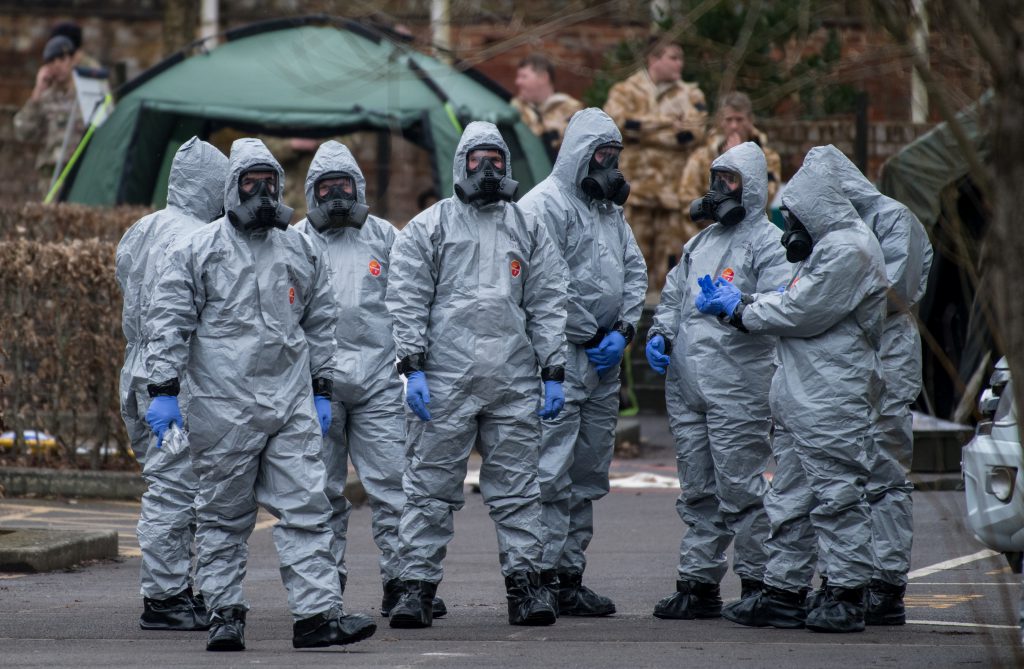 Russia Poison Scandal: May calls it an ‘unlawful use of force’ and less than 24 hours after saying that the poison clearly came from Russia, US Secretary of State, Rex Tillerson, is sacked

Former Russian spy turned M16 spy, Sergei Skripal (66) and his daughter, Yulia (33) are still in hospital in Salisbury. Both were poisoned on 4th March 2018 by a military grade nerve agent from a family of chemical weapons known as Novichock, developed in Russia. The poison is more dangerous than the sarin agent that has been used by the Syrian regime. Though hard to detect, it can be done if you know what you are looking for. The poison works by slowing the heart and restricting the airways, eventually leading to death by asphyxiation. It is said to come in a fine powder that can be inhaled or absorbed through skin or mucous membrane exposure, the effects then taking hold within 30 seconds (FT).

Antidotes have been administered but some forms of the poison can be stubbornly resistant.

More on the poison

Radio Free Europe, a source that I used whilst studying Russia at King’s College in London, say that this poison is not new. It was developed in the 1970s and 1980s and was designed ‘to circumvent chemical weapons treaties and penetrate protective gear used by NATO forces’ (RFE). The poison is made from two non-toxic components that only become lethal when mixed together, so they are relatively easy to transport. They are 5 to 8 times more potent than the nerve agent VX, which is in itself more potent than sarin.

The Novichok poison became famous in the early 1990s when the Russian scientist, Vil Mirzayanov, said that Russia had ‘secretly developed the powerful binary nerve gas that is believed to take effect rapidly by penetrating through the skin and respiratory system’ (RFE). In a 1994 article for the New York Times, he said that the Russians had a stockpile of chemical weapons that was enough to kill tens of millions.

Some background on nerve gases

Nerve gases were first developed by the Nazis during WW2. When dropped on the skin or inhaled, they can result in death in a matter of minutes. The gases work by inhibiting the enzymes that control the nerve receptors in the brain and victims are unable to breathe.

The one that was deployed on Sergei Skripal and his daughter is said to have been a very fine powder.

The Geneva Chemical Weapons Convention was drafted in September 1992 and has been signed by 156 countries, including Russia. It outlaws the development, production and stockpiling of chemical weapons. Those who signed agreed to list all the chemical weapons they had and destroy them. (NYT). 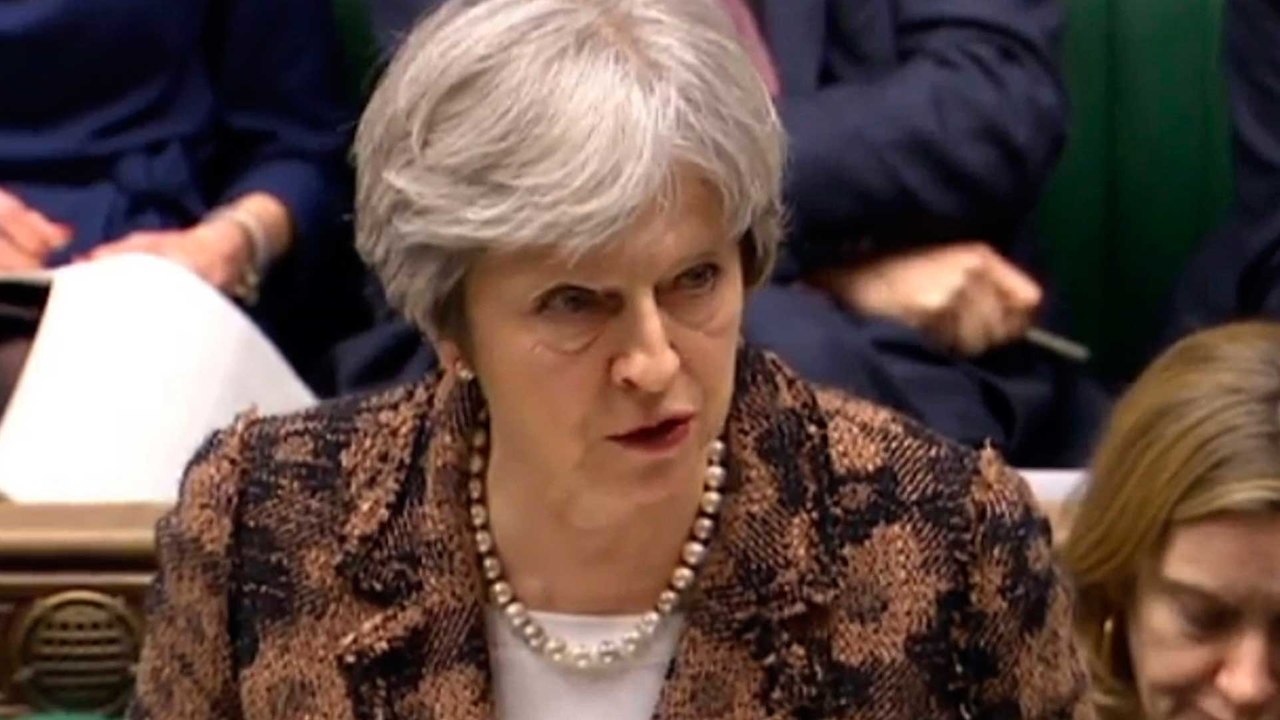 Theresa May speaking at the House of Commons yesterday

Yesterday in the House of Commons

Theresa May addressed the issue in the House of Commons yesterday:

‘Either this was a direct act by the Russian state against our country or the Russian government lost control of this potentially catastrophically damaging nerve agent and allowed it to get into the hands of others’. (FT, 12.3.18).

May said that the poisoning could amount to an unlawful use of force against Britain.

Labour leader Jeremy Corbyn demanded the prime minster back him in his calls to insert measures into the UK sanctions bill that would replicate the US Magnitsky legislation, allowing visa bans and asset seizures on Russians connected with human rights abuses. Some Tory officials said that UK legislation already existed to permit this when human rights abuses were suspected.

Skripal was convicted in Russia of cooperating with the UK intelligence service MI6 in 2006 and sentenced to 13 years. He was released in 2010 by then Russian President, Dmitry Medvedev, as part of a spy swap with the US. Skripal moved to the UK 8 years ago. 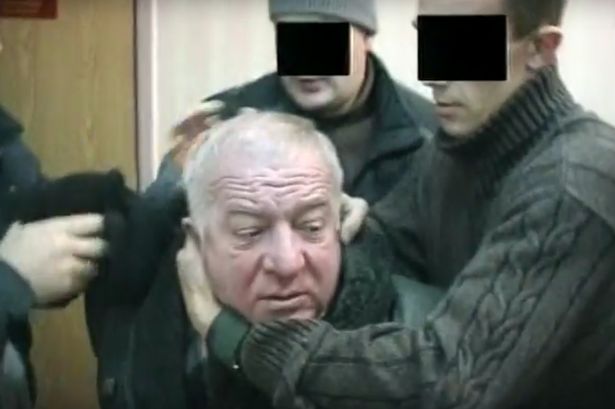 What is the Magnitsky legislation?

Sergei Magnitsky was a Moscow lawyer who was arrested after filing accusations of police involvement in an embezzlement scheme involving Russian police and the Kremlin. He testified in a Russian court that he had uncovered a scam by top police officials.

Magnitsky worked for the UK based investment fund Hermitage Capital Management. In 2008, Mr Magnitsky discovered tax fraud involving 23 companies and $230 million linked to the Kremlin and individuals close to the government. He was subsequently arrested on fabricated charges of tax evasion; charges that were trumped up by the very police who had been accused of complicity in the whole affair.

Magnitsky died in a Moscow jail in November 2009 after having been held for 358 days in pre-trial detention under torturous conditions. He was 37. Whilst there, he had no access to his family, legal representation, advice or medical assistance. He was severely beaten and his relatives say that they discovered broken fingers and bruises on his body after he had died.

Russian authorities wanted Magnitsky to retract his testimony against Russian officials and place the blame for the $230 million tax fraud elsewhere. 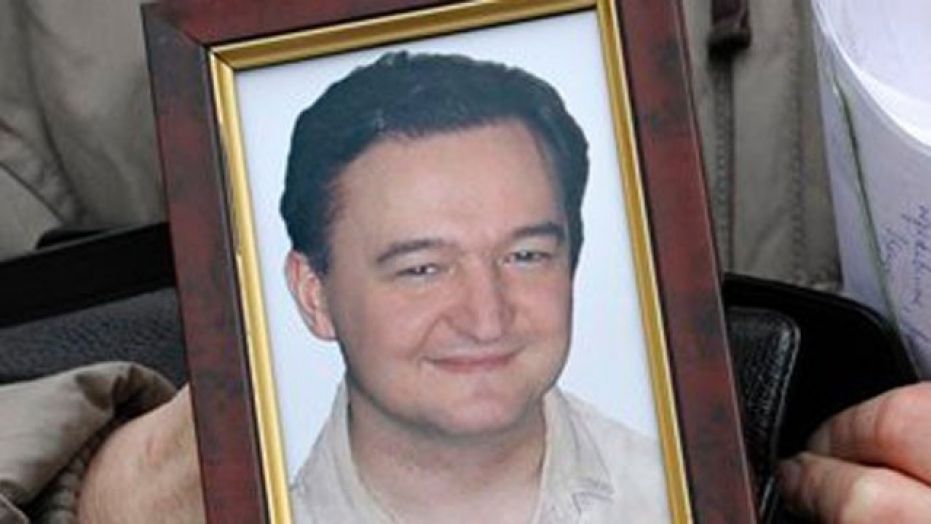 Sergei Magnitsky, the Russian lawyer who died whilst in Russian custody, age 37, whilst working for UK based hedge fund, Hermitage Capital

In long form, the legislation is known as the ‘Russia and Moldova Jackon-Vanik Repeal and Sergei Magnitsky Rule of Law Accountability Act of 2012’.

A central figure in the Act’s passage was Bill Browder: an American hedge fund manager and owner of UK based Hermitage Capital. He hired Magnitsky for the corruption investigation. Browder was barred from entering Russia at the time. He lobbied Washington for a black list of Russian officials who were involved in the crime.

The law was signed in December 2012 during Obama’s first term as President. Initially it blocked 18 Russian government officials and businessmen from entering the United States. It also froze any assets held by US banks and banned their future use of US banking systems. In 2016, in Obama’s second term, it was expanded. The sanctions now apply to 44 suspected human rights abusers worldwide.

Russia responded with their own black list of US officials. As more insult to injury, Magnitsky was found, post mortem, guilty of tax evasion.

In 2006 when former Russian spy Alexander Litvinenko was poisoned, the UK (May was Shadow Home Secretary at that time), were criticised for their ‘slow and weak response’ (FT, 13.3.18). The government resisted a public enquiry into the death of Alexander Litvinenko until 2014, as it did not want to harm attempts to rebuild ties with Russia. 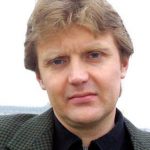 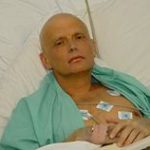 What can the UK do?

They have asked Russia to respond by the end of today. Unlikely, in my estimation. Russia say that they need samples of the toxin first.

There are so many subversive acts going on under the radar to blame other people for things, there’s just no telling who is responsible for this. If Russia did do it, they will never admit it; just as they never admitted to the cyber attacks in Estonia and Georgia in 2007 and 2008 respectively. But this is not mere sabotage: whoever is responsible, this is attempted murder: that is unless Sergei or his daughter Yulia don’t make it, in which case it would be murder. What would be fundamentally more dangerous would be if a non-state actor had managed to get hold of the neurotoxin.

Chatham House suggests that perhaps the Salisbury attack is a test to see what the UK do in response; whether they choose to act toughly and if so, whether they will be supported by their fellow NATO allies or will they merely send their best? Russia have a propensity to attempt to undermine western alliances and keeping those attempts under wraps. In war speak, (for that is what I am studying), it would be known as a form of ‘ambiguous aggression’.

As I write, Trump has just sacked US Secretary of State, Rex Tillerson, shortly after he said that the nerve agent ‘clearly came from Russia’.

What can be done now? The UK could invoke Article 4 of NATO, allowing any member country to convene a meeting with other members if it feels that its independence or security is threatened. Judging by Trump’s sacking of Tillerson, there’s no telling whether he would attend. This morning on the way in to work, I heard on the radio that the French Foreign Ministry have condemned the attack as totally unacceptable and they would work with the UK to do what they could to help. They didn’t mention Russia.

The FT today suggests other possible courses of action such as diplomatic expulsions, freezing of assets, a crack down on Russian banks and boycotting The World Cup due to be held in Russia this summer.

John Lough and James Sherr from Chatham House have some very good expert opinions on the whole affair:

And on the Russian motives, fellow Chatham house experts, Dr Nigel Gould-Davies and James Nixey, have the following to say:

Transcript of Theresa May’s speech in the House of Commons yesterday, 12.3.17:

‘May accuses Russia over attack on spy and threatens reprisals’, 13.3.18:

This is an excellent article for Foreign Policy Research Institute, ‘Paradoxes of the Grey Zone’, by Hal Brands. It’s an old article from February 2016 that talks about some of the tactics Russia employs behind the scenes. https://www.fpri.org/article/2016/02/paradoxes-gray-zone/

And from the Russian perspective:

4 Comments On Russia Poison Scandal: May calls it an ‘unlawful use of force’ and less than 24 hours after saying that the poison clearly came from Russia, US Secretary of State, Rex Tillerson, is sacked

Well done Sam! Very well researched. I actually got to the bottom of the article.

Great work Sam. You have put alot of research into this and is interesting to read. I read the whole thing which I don’t normally do.

As usual comprehensive, well researched and with a full range of additional sources

You are able to definitely see your an understanding of the particular art you write. A segment hopes for additional passionate freelancers as you that aren’t fearful to talk about the direction they imagine. Everyday abide by your heart.. vfs global russian visa