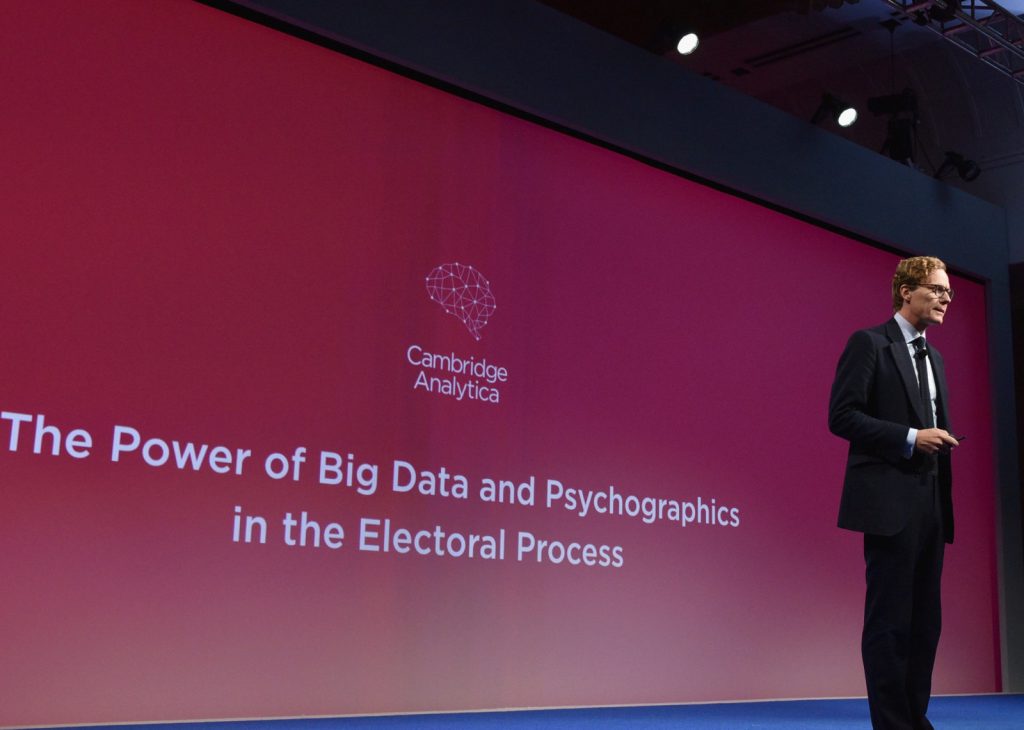 ‘It’s one thing to read a policy that explains general practices. It is very different seeing your own data and being able to control it’.

Following on from the exposure of the misuse of personal data by the UK political consulting firm, ‘Cambridge Analytica’, Facebook announced earlier on today that they will be introducing changes to make their privacy settings more clear to the general public.

The UK based company bought personal information from Facebook, so that they could ask people to take part in a survey in recompense for a small sum. ‘Cambridge Analytica’ then went on to harvest further personal data from up to 50 million Facebook users, via friends and friends of the people who had agreed to take part in the surveys. They then used this information to target audiences in direct marketing campaigns.

Under this tool, users will be able to see things like the following:

The new tools will not address the right of third parties to collect, use or share data. What they will do is make it more transparent as to how that data is collected and what data is used.

This week, Facebook CEO, Mark Zuckerberg, took out a full page ad in major US and UK newspapers apologising for the ‘breach of trust’. He is due to testify to US Congress but has denied an invitation from the UK House of Commons to explain things, saying that representatives will be available instead. 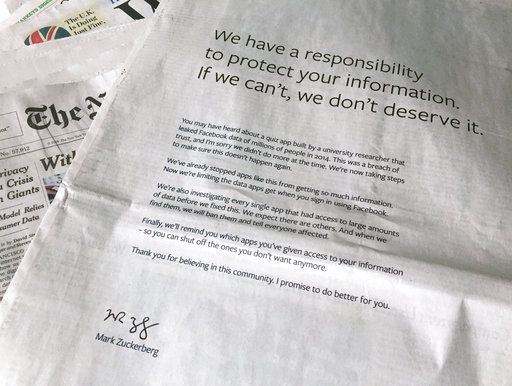 It’s a new consumer centric privacy law that the European Union have generated, called the ‘General Data Protection Regulation’ (GDPR). This regulation severely restricts the collection of personal data and furthermore, insists on more transparency vis a vis how that personal data will be shared and why it is collected in the first place, i.e. for what purpose?

Those who fall foul of the incoming regulations are expected to face massive fines: up to 4% of their annual global revenue.

Facebook said earlier this year, in January, that they would start looking into how they could comply with the above regulation.

‘Facebook will make it easier for you to control your personal data’, Wired.com, 28.3.18

More background on the scandal and the advert that Zuckerberg took out in national newspapers saying sorry, Times of Malta, 25.3.18

The next Cold War is here and its all about data, Wired

Photograph of the advert Zuckerberg took out in Sunday’s New York Times:

It would be far easier if FB had a tick box just like various other sites and paper based companies, where you tick to opt in or out of third party things.

I would like to show a disrespectful hand sign to Mark Zuckerberg.
I’ve always disliked him; ever since he double-crossed the‭ Winklevoss brothers at the inception of facebook.