Snapshot: The inauguration of George Weah 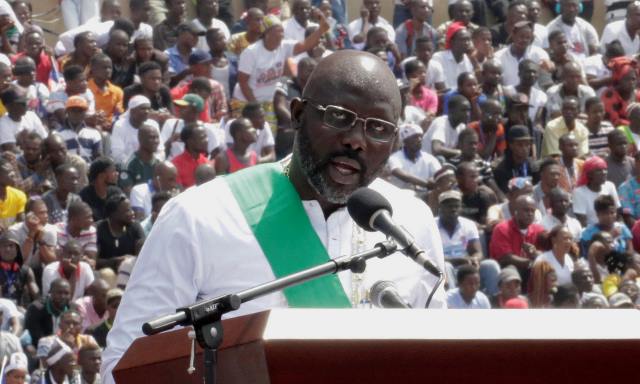 Snapshot: The inauguration of George Weah

International football star turned President of Liberia, George Weah, was inaugurated yesterday at the Samuel Doe football stadium. People queued for miles, some dancing, to watch their national hero be sworn in. Weah said “I have spent many years of my life in stadiums, but today is a feeling like no other”.

This is the first peaceful transition of power that the country has seen for 47 years.

Weah does not have an easy job ahead of him. He campaigned that he would “transform the lives of all Liberians” and tackle “the menace of corruption” picking up where Ellen Johnson-Sirleaf left off.

Weah does appear genuine, although his running mate, former President and warlord Charles Taylor’s ex-wife, Jewel Howard-Taylor’s position as Vice-President could potentially be cause for concern.

From footballer to head of state: George Weah takes power in Liberia, The Guardian

What Liberian President-elect George Weah must do, AlJazeera