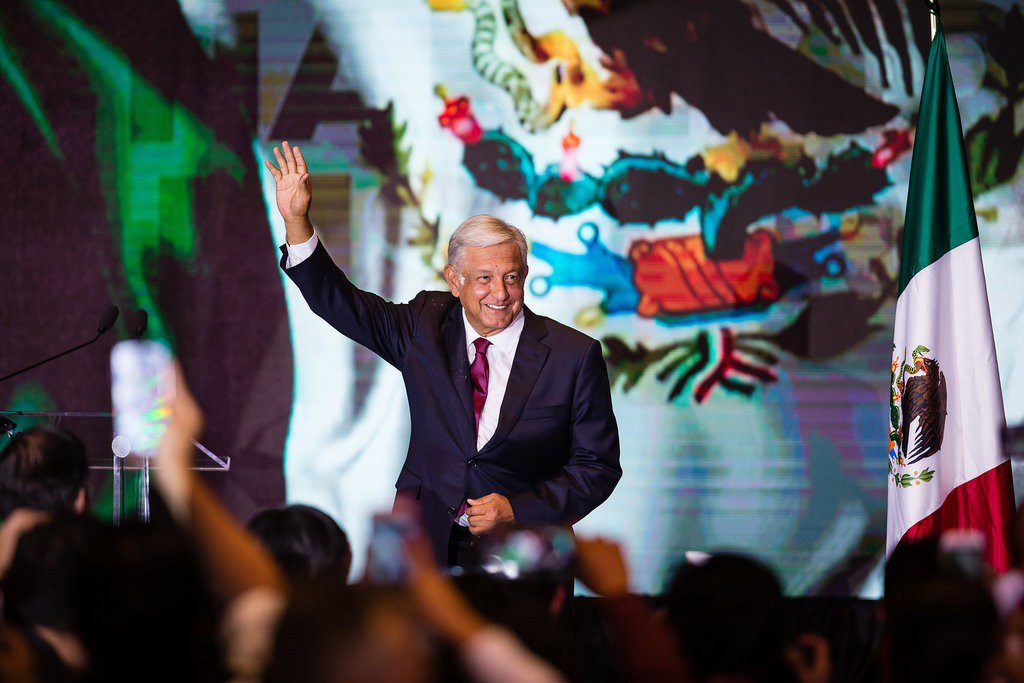 In the last few hours Mexican voters have reaped the rewards of their determination to change the country’s political landscape. The popular leftist Andres Manuel Lopez Obrador, also known as Amlo, has claimed victory in the last few hours with a huge win. 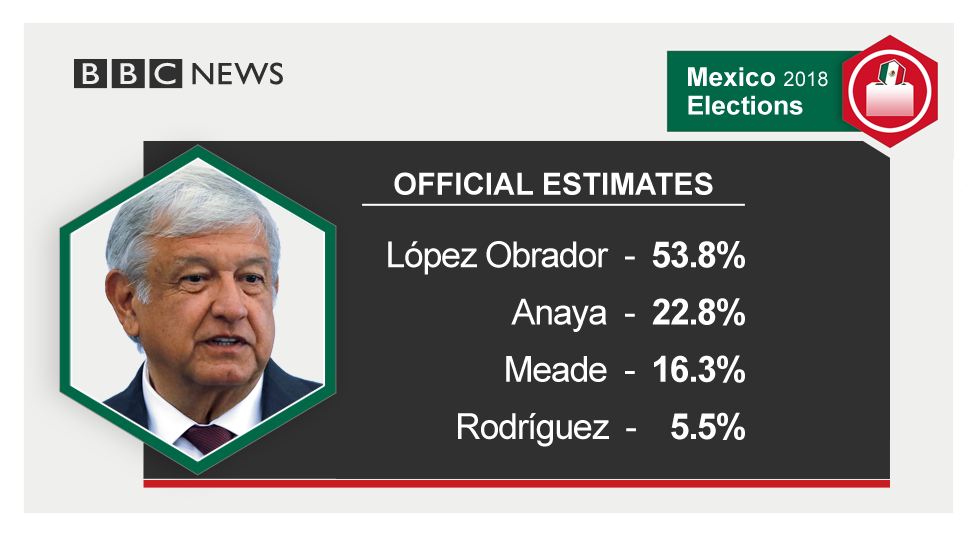 Violence – said he would have daily meetings with his security cabinet to combat Mexico’s record levels of violence.  On average, someone was killed in every 15 minutes during the month of May, putting the country on track to surpass last year’s grim milestone of 29,168 killings. This election campaign also saw more than 130 political candidates and party workers killed.

Corruption – pledged to review energy contracts for signs of corruption.

“Corruption is… the result of a decadent political regime. We are absolutely convinced that this evil is the main cause of social and economic inequality, and also that corruption is to blame for the violence in our country,” he said.

Social – will increase investment in services for the young and old, including doubling pensions for the elderly

Why is Amlo’s win so important?

‘Mexico’s president-elect vowed to rule for people of all social classes, all sexual orientations and all points of view. “We will listen to everyone. We will care for everyone. We will respect everyone,” he said. “But we will give priority to the most humble and to the forgotten.”’ Guardian, 02.07.18

‘Another big win for the progressive movement, and it wasn’t even close! Strong turnout provided Obrador with 53% of the vote, easily out-distancing his two rivals. The United States is now sandwiched between two nations with political cultures considerably to our left.  I expect the new President will be a thorn in Trump’s side, and hopefully his rise will trigger more of the same in Central and South America.’ Daily Kos, 02.07.18

‘López Obrador’s victory represents an emphatic rejection of the traditional politicians whom he regularly calls the “mafia of power.” In recent decades, Mexico has been led by technocrats and pro-American politicians, while López Obrador’s role models are Mexican independence and revolutionary leaders who stood up to more powerful foreign countries.’ Washington Post, 02.07.18

‘And even as the electoral rage propelling Mr. López Obrador’s rise is largely the result of domestic issues, there will be pressure for the new president to take a less conciliatory line with his American counterpart. Mexico’s current government, led by President Enrique Peña Nieto, has suffered a string of humiliations at the hands of Mr. Trump with relative silence.’ New York Times, 02.07.18

Mexico Is Suffering Its Bloodiest Year in Modern History. Here’s Why

Why Is Trump ‘Not Important’ in Mexico Election? All Candidates Are Against Him