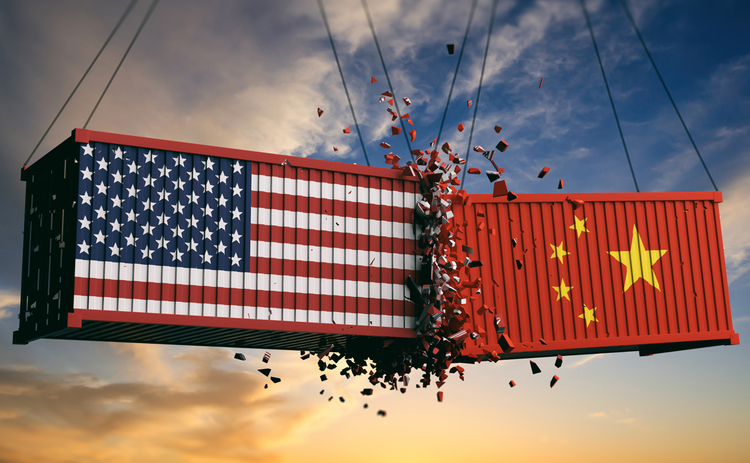 In yesterday’s Financial Times, Gideon Rachman, explains and defines the reason for the ongoing trade war between two of the world’s global powers, China and the United States of America.

Presidents Donald Trump and Xi Jinping are ‘dissatisfied with the current world order’ (Financial Times 14.05.19) and are each looking to cement their country’s position as the leading power in the Asia-Pacific region. Trump believes that America as been taken advantage of for years, with the US buying large amounts of Chinese products – an action not reciprocated by China:

‘Trump complains of a large trade deficit with China, which he views as a symbol of the US’s decline as a manufacturing powerhouse. Chinese imports to the US totalled $539.5bn last year, while $120.3bn was sold the other way – leaving a trade deficit of $419.2bn.’ (Guardian 10.05.19)

However, Xi Jinping is not happy with America’s continued position as world leader and is looking for China to ultimately displace it. This can only be achieved by China’s continued rise as an economic power.

The new tariffs were slapped on China after Beijing made extensive amendments to the new one hundred and fifty page trade deal with the US, which had been in the making for five months.

The standout quote from Rachman’s article is the explanation and definition of the two countries positions:

For the full article see below:

America is the revisionist power on trade

Other Sources and further reading:

Trump: We will make a deal with China

Who pays for US tariffs on Chinese goods? You do